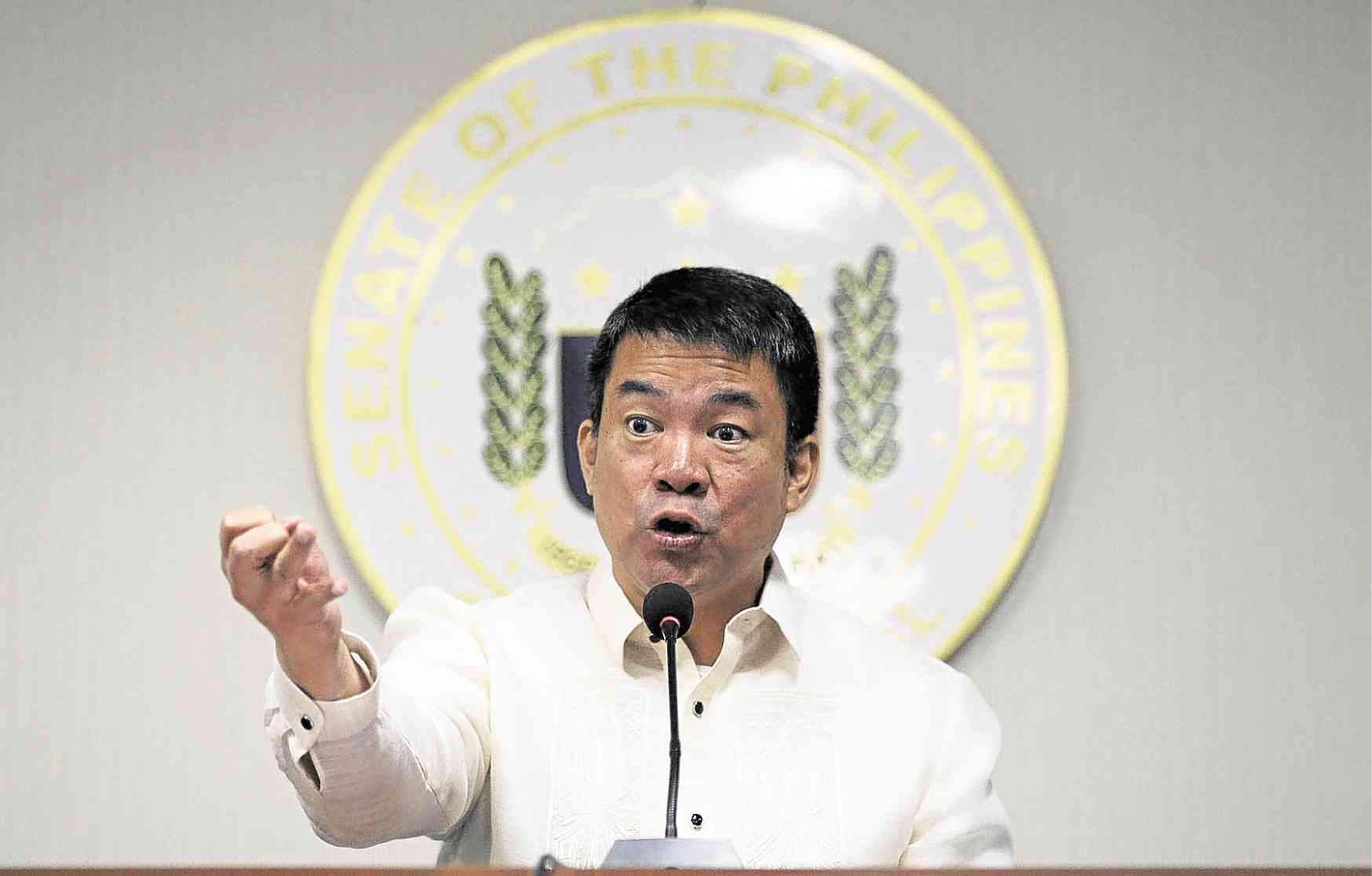 MANILA, Philippines — Senator Aquilino “Koko” Pimentel  III is seeking a separate Senate probe on the alleged “large-scale scam” in the awarding of infrastructure projects by the  Department of Public WorWorks and Highways (DPWH).

The proposed inquiry was contained in Pimentel’s  Senate  Resolution No. 996 filed last Monday.

Pimentel also noted data from the Philippine  Government Electronic Procurement System which showed that 333 government  contracts worth P12.94 billion  were  awarded to the company from April 2011 to April 2018.

Of the total number of contracts,  275 (with a total  worth  P9.24 billion) were  entered  into  by the government with  C.T Leoncio alone while the remaining  58 (worth P3.7 billion) were the company’s projects  in joint venture with other contractors

The resolution  pointed out that  312 contracts  worth P12.35 billion were  implemented by  different regional, provincial, and district  offices  of the  DPWH.

Andaya’s  allegations are already  being investigated  at the House  of Representatives.

“Similar instances  have been reported where certain contractors  would bag several  government infrastructure  contracts  worth billions of pesos,” Pimentel said  in the resolution.

R.C Tagala was later blacklisted by the DPWH, the resolution said.

Pimentel said the Senate  probe  was aimed at introducing possible changes  to  the procurement  laws and process “if found necessary.” /cbb