“Here in Dawson, we are fortunate that we have six seasons. The regular four,” says Otto Muehlbach, ticking them off on his fingers, “and two more; freeze up and break up.”

Muehlbach—an older man with a kind, thin face, a wool cap pulled over his ears and a lingering, pleasant accent from his German roots—runs Kokopellie Farms with his partner, Conny Handwerk. When VICE caught up with him January 16, he was just finishing selling his wares—onions, beets, potatoes and carrots with the dirt still clinging gently to them—at the Dawson City Arena.

In order to get there, Muehlbach drove from his farm in the Sunnydale neighborhood of West Dawson, where he has lived for eight years, across the Yukon River to get to Dawson City. In other years, Muehlbach would have taken the official ice bridge, a government-sanctioned roadway which has traditionally formed, mostly of its own accord, when the river iced over during the long winter freeze. However, in the last two years, the river has failed to freeze sufficiently at the usual place to create this government-maintained road.

The bridge, which is usually 400 metres long and 60 metres wide, has been operated and maintained officially by the Yukon Government (YG) since the 1960s. At the the time VICE visited Dawson in mid-January, there was still a long, dark slash of open water at the point the ice bridge should be.

This means that the 150-some people who live in West Dawson and Sunnydale have to find an alternative, unsanctioned work-around. Otto himself says he has been driving across the river near a large gravel bar, upstream of the intended bridge point.

During the summer months, the communities are connected via the George Black ferry; the place where the ferry crosses the river is also the place where the ice bridge is supposed to be. The ferry usually stops running sometime in October and the ice bridge usually opens anywhere from November to February, depending on conditions, and is in use until April at the latest. This creates two shoulder seasons each year when West Dawson is cut off from the rest of the community and there is neither ferry services nor an ice bridge—the “freeze up” and “break up” seasons to which Otto was referring. 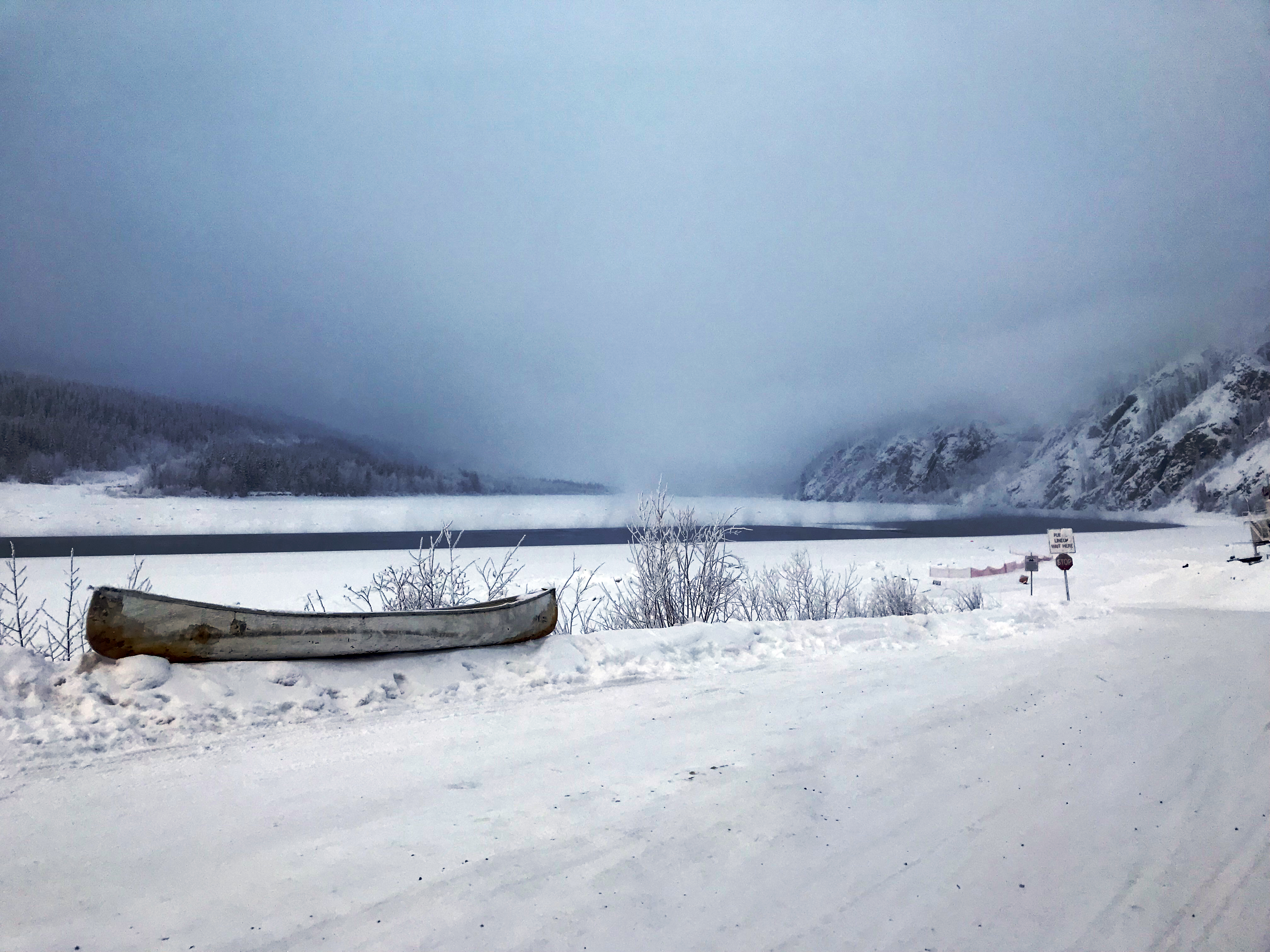 It has been an unusually warm winter across much of the Yukon, although Dawson has still seen -40 degree temperatures. The weather this week is supposed to be in the low to mid -20s; definitely ice-freezing weather.

A 2018 National Research Council Report on the issue cites a growing gravel bar—which has changed the flow of water, ice and debris, affecting ice accumulation at the bridge site—ice jams farther upstream and “warm effluent” from the Dawson wastewater plant as possible influences for the change.

The report notes, “the impact of climate change on the future operation of the ice bridge should also be assessed.”

The idea of building of a bridge—a permanent one—has been floated from time to time, an idea which has typically been nixed, says Jones, because of cost.

“(The Yukon) is a big river,” says Jones. “At this time, there’s absolutely no prospect of a (constructed) bridge happening. At the moment people are just going to have to live (without reliable winter access).”

Despite the difficulties the situation imposes on some people, even if it were on the table, many West Dawsonites are not in favour of a permanent bridge, including Jones and Muehlbach, arguing it would destroy the unique character of their community, which many people choose to live in because of the off-grid, semi-wilderness lifestyle it allows them to have.

For his part, Muehlbach says the situation doesn’t really bother him; it’s just part of living in West Dawson.

“It’s a fact: if you’re trying to beat Mother Nature you’re going to lose,” he says. “You’ve got to adapt.”