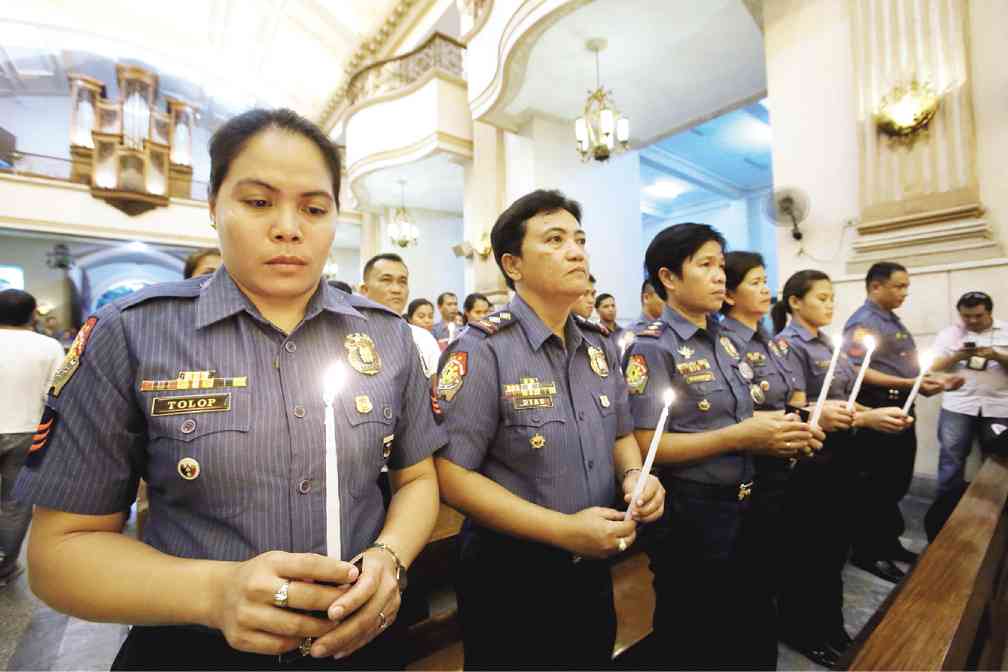 MANILA, Philippines — The House committee on public order and safety has approved a bill seeking to increase the recruitment quota for female Philippine National Police (PNP) officers from 10 to 20 percent.

House Bill No. 8689, principally authored by Surigao del Sur Rep. Johnny Pimentel, seeks to amend the 21-year-old PNP Reform Law that reserves for women only 10 percent of all new slots for recruits. It was approved at the committee level last Tuesday.

“Besides giving women greater opportunity to join the PNP, our intention here is to push up the absolute number of female officers in the force over time,” Pimentel said in a statement Thursday.

Camp Crame is set to spend P3 billion this year to create 10,000 extra positions for Police Officer 1, he noted.

“We want the PNP to achieve the ideal situation wherein female officers shall have exclusive supervision over women and children brought to police stations for custodial investigation,” Pimentel said, explaining that custodial investigation refers to any questioning initiated by the police after a person has been taken into custody.

Pimentel and nine others filed HB 8689 only in November, after a male officer in Manila was accused of raping a 15-year-old girl whose parents were apprehended for alleged drug offenses.

The daughter was also brought to the Sampaloc police station even if there was no case against her, according to Pimentel.

At the station, then PO1 Eduardo Valencia accosted the girl and offered to have sex with her so that the case against her parents would be dropped. The girl was then brought to a motel in Sta. Mesa where she was raped.

Valencia has since been slapped with a statutory rape charge and dismissed from service.