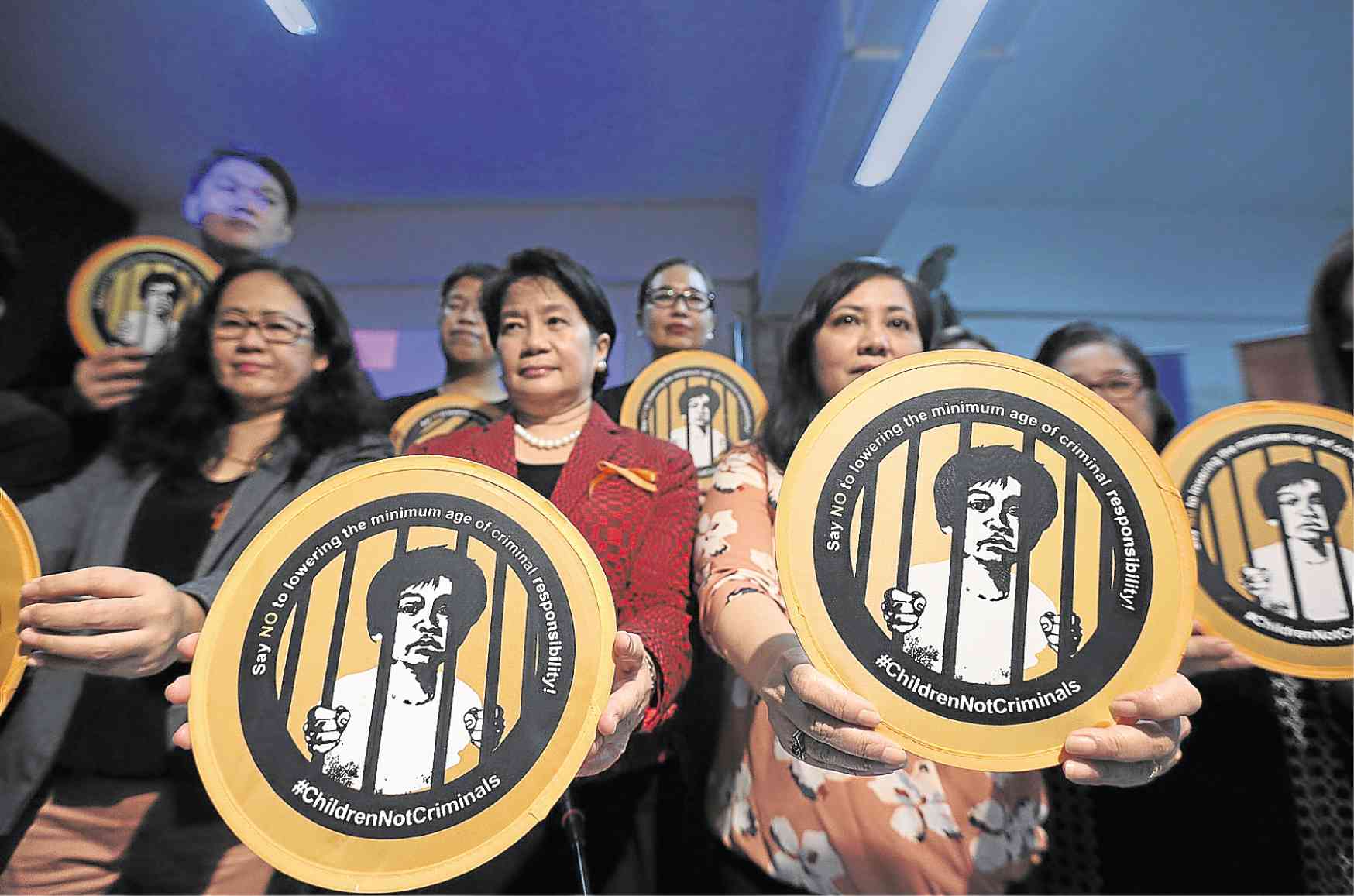 MANILA, Philippines — The Commission on Human Rights (CHR) on Thursday urged the government to “stop shifting the burden to children” and rather “start addressing lapses in the law’s implementation” before it considers lowering the age of criminal liability.

The CHR issued the statement after the House of Representatives on Wednesday approved on second reading a bill seeking to lower the age of criminal responsibility from 15 to 12 years old – not nine years old as earlier proposed.

“We must stop shifting the burden to children and start addressing lapses in the law’s implementation; providing better support and guidance to children; as well as stricter means to curb syndicates and individuals who feed on our children’s vulnerabilities,” CHR spokesperson Jacqueline de Guia said in a statement.

The Commission noted that adjusting the proposed age of criminal liability from nine to 12 is “not an act of compassion nor is it aligned with the government’s responsibility to uphold its obligation to protect the rights of children, including the most vulnerable and marginalized.”

It also stressed that the government is not even prepared to house more children in conflict with the law as there are only 58 Bahay Pag-asa facilities, adding that the current Juvenile Justice and Welfare Act has yet to be fully and properly implemented.

“Local governments have already been mandated then to establish, fund, and manage Bahay Pag-asa facilities, with appropriate programs for delinquents. Yet, in 2018, only 58 are operational and only 8 of which have been accredited by the Department of Social Welfare and Development,” De Guia said.

Oriental Mindoro 1st District Rep. Salvador “Doy” Leachon, House justice panel chair, explained that the measure is not meant to put children in jail, but to reform and protect them.

Meanwhile, the Duterte administration hit critics of the lower age of criminal liability for basing their opposition on “blissful ignorance or pretended misinformation.”