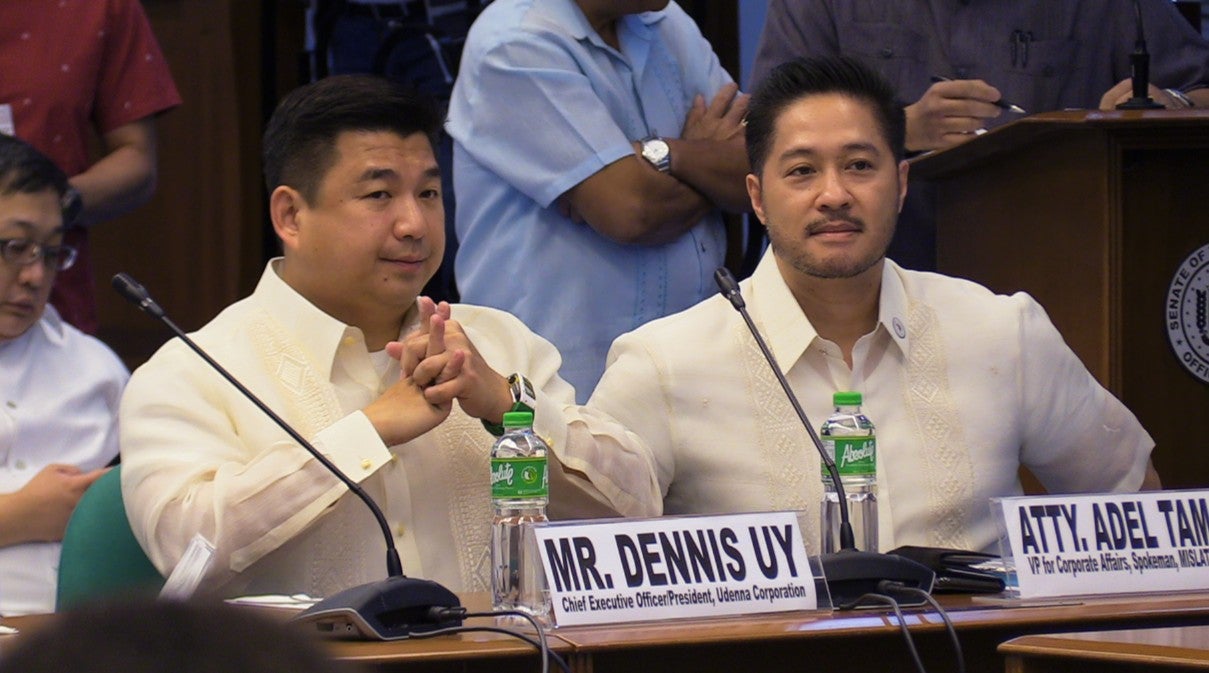 MANILA, Philippines — Mislatel Consortium did not violate any laws when it received the government’s approval to become the third telecommunications (telco) player in the country.

Davao-based businessman Dennis Uy repeatedly said this during Thursday’s hearing on the selection of the new major player (NMP) conducted by the Senate committee on public services.

Uy is chief executive officer of Udenna Corporation, which is part of Mislatel Consortium recently named as the country’s NMP.

Uy, who faced the committee for the first time, promised that Mislatel will not just be the third telco but the “best” telco that is “fast, affordable, and most importantly, secured.”

The businessman admitted that his advisers and friends had discouraged him from joining the bidding for the third telco, citing the criticisms and baseless allegations being hurled at him.

READ: Who is Dennis Uy?

As he concluded his statement, Uy submitted to the committee the consortium’s rollout plan, containing the cybersecurity plan that he said “details how we intend to achieve our commitments and protect our national security.”