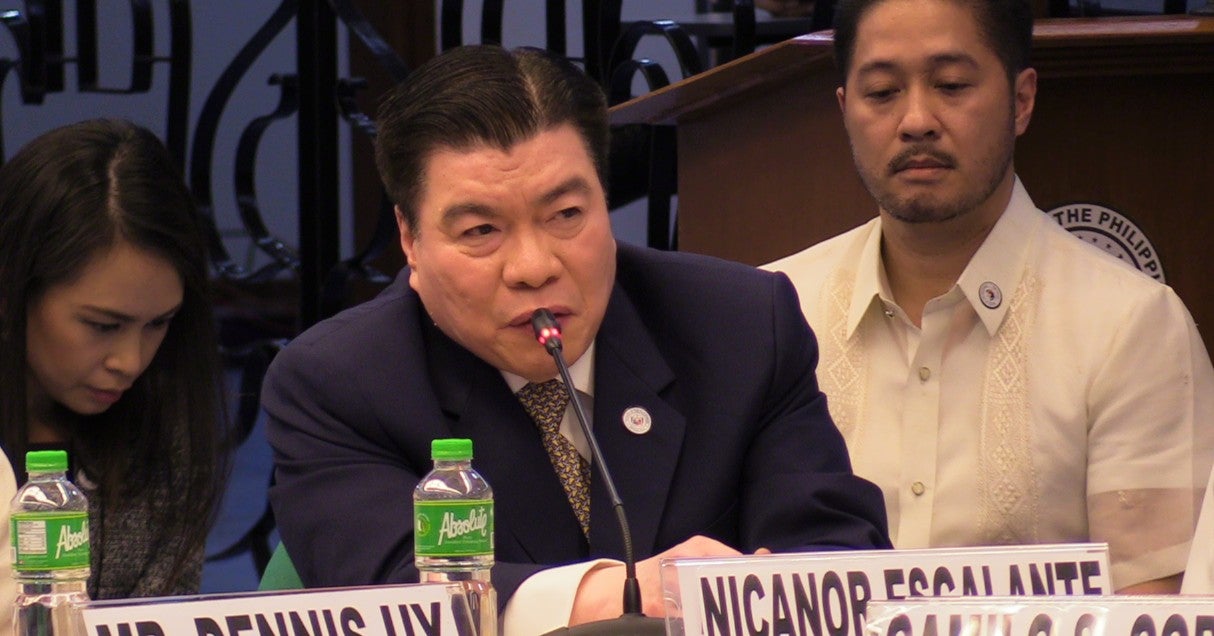 MANILA, Philippines – The franchise of Mindanao Islamic Telephone Company, Inc. (Mislatel) should have been revoked as the company had failed to comply with its provisions, Senator Franklin Drilon said Thursday.

During a Senate investigation on the third telco, it was found out that Mislatel has never operated, which, according to Drilon, was in violation of Section 7 of the company’s franchise that mandates Mislatel to operate within one year after the approval of its franchise in 1998.

“A franchise is a privilege, the privilege has conditions. The condition is it must operate within one year and operate in one year,” Drilon pointed out.

The senator also said that if there would be a transfer of control, the company should have sought the permission of Congress for such handover.

According to Drilon, Mislatel’s incumbent president and chief operating executive (CEO), Nicanor Escalante, did not seek the approval of Congress when his group purchased majority of the telco firm’s shares in 2015.

He noted Escalante’s group — which include a company named CDE Vector Holdings and a certain Mr. Danilo Cortez — control 70 percent of Mislatel’s shares.

Escalante admitted they did not seek congressional approval on the ground that they are entering as “additional shareholders” of the firm.

He added they sought a legal opinion from a lawyer, who advised them that their acquisition was allowed since they were not purchasing “the then existing shares of the incumbent shareholders.”

But Drilon insisted the group should have sought for congressional approval of the transfer of controlling interest in Mislatel because Congress must look at the background of the company and its stockholders “to determine that the privilege granted by the state can be exercised correctly and faithfully.”

“We had no opportunity to examine this (transfer of controlling interest) because you did not come to us to seek for approval,” Drilon said.

Drilon then asked Escalante if Mislatel operated within a year of its franchise approval, to which the latter answered in the negative. Mislatel’s franchise was granted on April 19, 1998.

“So Mislatel is basically a paper-corporation. So you are not in operation?” Drilon asked.

“No operation yet,” Escalante replied.

The senator pointed out that under their franchise, Mislatel is obliged to operate within one year from the approval of its franchise, or commence operations continuously for three years.

“Under Section 7, the franchise is deemed ipso facto revoked if you fail to provide these conditions,” Drilon noted.

But Escalante said Mislatel was given a provisional authority to operate in Parang, Maguindanao, in 2001. However, he added, they were not able to operate in the area in 2003 because of the peace and order situation there at the time.

“The company was ready to roll-out in Parang Magunadanao in 2003 but the peace and order situation in that area did not allow the company to operate,” Escalante explained.

He also said Mislatel was able to give justification to its non-operation to the National Transmission Commission (NTC).

“When Mislatel was given the opportunity to explain to NTC, they gave justification for the non-operation on the peace and order problem, which to them is a force majeure,” Escalante said.

However, Drilon contended that Mislatel could have operated somewhere else and the explanation offered by Escalante should have been done to Congress because it was Congress that granted the franchise to the company. /kga