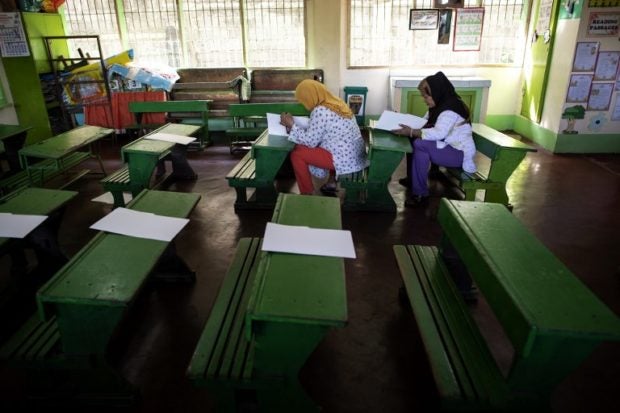 MANILA, Philippines – Errors were committed in the entry of data during the Bangsamoro Organic Law (BOL) plebiscite in Cotabato City, an election officer admitted before the National Plebiscite Board of Canvassers (NPBC) on Thursday.

Discrepancy issues on the number of votes cast and the number of registered voters in the city were raised during the plebiscite earlier this week.

Cotabato City Election Officer lawyer Rommel Rama said the discrepancy stemmed from the error of the plebiscite committee in  Cotabato City in tallying the actual number of votes.

“For example, if the Yes vote is 100, they will also put 100 on the total number of voters who actually voted. For the No vote, they adopted it and put it on the voters who did not vote,” Rama told the NPBC as the Commission on Elections (Comelec) convened to mark the official start of the canvassing of votes for the BOL plebiscite.

“So there was an error on the part of the pleb comm, that’s why there’s a discrepancy or we can say that the computation is not accurate because of the omission or the incorrect data provided by the pleb comm,” Rama added.

The session ended without fully resolving the issue on the discrepancy and that the certificate of Cotabato was turned over to the Comelec Tabulation Committee. /gsg