When did we all start seeing millennials as sad, lazy, degenerates?

Was it when some white dude blamed avocado toast for all of our financial shortcomings? Or when living at home longer became an indicator of laziness rather than a shitty housing market? Or can we thank the media for this poor worldview of our generation, since they’re constantly crediting our success to the “bank of mom and dad” and inheritances as if we’re all lucky enough to have either? Spoiler: we’re not.

For me, I never grew up super well off, but when my dad passed away days after my university graduation, financial responsibility hit me in the face—and no, there was no so-called inheritance in sight. Not only do I pay my own bills, I now help my family with theirs. And one thing’s for sure; tons of millennials—and remember, the oldest of this demographic is in their late 30s—do the same.

But for some reason, no one’s talking about this. Instead, cable news talks about entitled millennials who definitely aren’t helping our case—like that 30-year-old dude whose parents literally had to evict him, or the Instagram influencer who scammed her followers into buying “creativity workshops,” or basically every single person who bought a ticket to Fyre Festival.

Instead of rolling my eyes at yet another sad example of Generation Entitled, I decided to reach out to the group of millennials who are paying their own way, and paying for others too, for a hard dose of what many of us call reality. 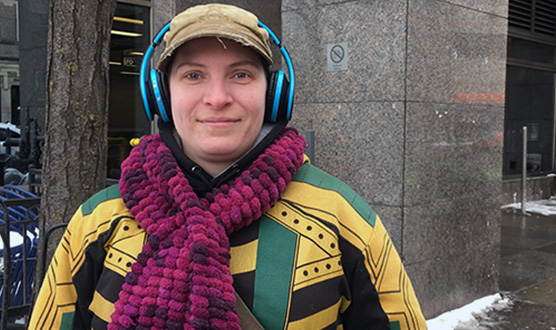 VICE: What has your financial situation been like with your parents?
Shannon: Growing up, my mom was a single mom and we never really had a lot. So when I got a job, she helped me open up my first bank account and was a joint on it. When I’d go and check my balance and every once in a while, I’d be like, “Oh, I thought I had an extra $20.” And this would go on and on. It took a long time for me to figure out that it wasn’t just me miscounting. One time I checked my balance and $300 had just disappeared. I tried to talk to my mom about it and she’d be like, “I don’t know what you’re talking about.” So when I went to college, I really started distancing myself. I moved into residence and got a new bank account.

Do you still have to give your mom money?
My mom actually cut off all contact with me just before my husband and I got married five years ago. When she found out I was planning to get married she told me I couldn’t afford it and I was going to ruin my life.

Wow. How does it feel then when you see millennials being portrayed as lazy and entitled?
To me it’s like, maybe you’re looking at a very small select group of millennials. But not everyone has that luxury. Even when I was living at home, I was still paying bills. And it’s not like anyone I know is leeching off of their parents. We’re all still paying our way.

VICE: What kind of financial sacrifices do you make for your family?
Kelvin: I live with my parents despite the fact I own a condo in downtown Toronto. I bought the condo on my own and my parents helped secure the mortgage, which I pay. But I currently rent it out and live at home to help my parents pay for their own mortgage and household bills.

How did that start?
About two years ago, I noticed some bills on the counter. I opened them and I saw how much they were paying and I thought it was too much considering their salaries. My parents were immigrants who worked hard and have been through a lot so that my brother and I could have a better future. I figured it was my turn to take care of them.

What do your friends think about your situation?
It depends on the friends. Some of them come from a similar upbringing, so they relate. Others often remind me how much better my social life would be if I moved downtown, but I’m not that bothered by what people think. And to be honest, I don’t owe anyone an explanation. I help take care of my parents and that’s what matters.

VICE: Do you give your parents money?
Meg: I don’t exactly have the money for that, especially considering how egregious rent is in this city. But, it’s not to say that I don’t help them. If I notice, for example, that they don’t have any more laundry detergent, I’m going to pick up laundry detergent. I’ll help out with stuff that they probably don’t notice, but I’m happy to do. Both of my parents still work and they’re a little bit older and the reality for them is that they also can’t stop working. So if there’s little things that I can pick up on, for sure. I also don’t ask my parents for anything.

What do you think about the perception that all millennials rely on the “bank of mom and dad?”
It’s really frustrating, because that’s such a narrow point of view. I know a lot of young people that would never ask their parents for anything and don’t really believe in relying on their parents.

Where do you think this idea stems from then?
It’s just easy to generalize an entire group based on a smaller selection of people.

Also, if your child is using this “bank of mom and dad,” maybe that’s a parenting thing. It’s not fair to say it’s all millennials when it’s kind of like, well you raised your kids to believe that they could come to you for financial help or whatever else it may be. Then it’s kind of your fault, not everybody else’s.

Interviews have been edited for length and clarity.