The Jan. 22–released annual energy recruitment and employment trends report by Airswift, a global energy workforce provider, and Energy Jobline, an online jobsite dedicated to the energy and engineering industries, stems from surveys of more than 17,000 energy professionals and hiring managers in 162 countries over nine weeks during the summer of 2018. The companies say that since its inception two years ago, the index has become “a definitive guide for workforce trends in the energy industry.” It covers five industry sub-sectors—oil and gas, renewables, power, nuclear, and petrochemicals—and notes each field grapples with individual workforce issues.

Stability a Hallmark for Power Workers

The report makes the distinction between the power, nuclear, and renewables sub-sectors based on a respondent’s choice of category. “Renewables and nuclear focus entirely on generation whereas power can also incorporate those working further down the supply chain, such as transmission,” a GETI spokesperson told POWER. 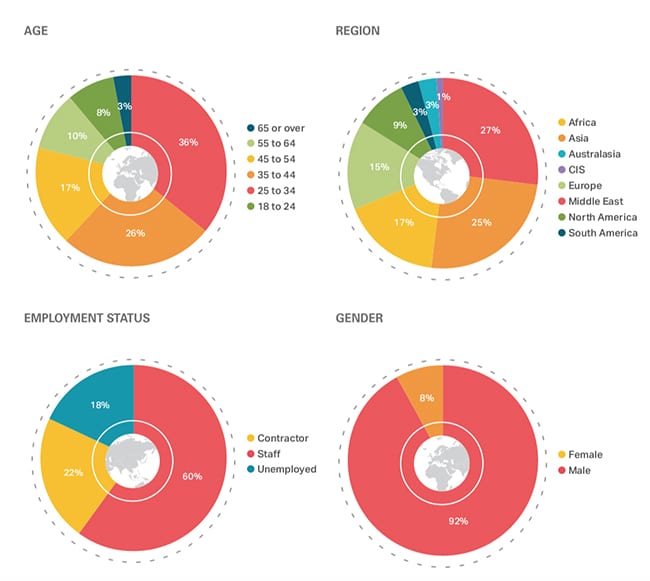 Compared to other sub-sectors, the report notes that power has traditionally been associated with job stability. “With lower exposure to the oil price and less reliance on subsidy support than renewables, professionals are less vulnerable to market swings,” it notes. However, the report adds that despite widespread optimism and technological advancement, the power sector is not immune to the sense of impending crisis that afflicts the wider energy sector. “As skills shortages bite, power companies will need to look at better training to attract and retain the skills they need,” it says.

“For many, the power industry has a reputation for being dull and old-fashioned and it’s been slow to shed that. Young, digitally-skilled graduates don’t see energy as an exciting sector to go into. For those that do look at energy, it’s the renewables sector that catches attention,” noted Hannah Peet, managing director at Energy Jobline.

Among the report’s most alarming findings is that 48% of power professionals are concerned about an impending talent emergency, while 32% believe the crisis has already hit the sector, and 28% report that their company has been affected by a skills shortage. “The fear was most palpable in South America, where more than half of professionals think the crisis is already with us, while Asia and North America were most concerned for the next five years,” it notes.

As significantly, “there was broad consensus that the sector urgently needs new engineers,” the report says. About 62% of professionals surveyed said engineering was the discipline most affected by talent shortages. Of those, 40% pointed to electrical/E&I engineers, 26% said mechanical engineers, and 14% said research and development engineers. In terms of the specific skills affected, agreement was apparent across age groups that the industry needs more problem-solving (29%), leadership (19%) and process management (13%) skills.

“The need for more engineers points to an industry concerned with meeting its immediate needs,” noted Janette Marx, CEO at Airswift. “But the skills respondents identified are exactly those you need to successfully manage change. It looks as though the power industry has one eye on the present and one firmly on the future.” 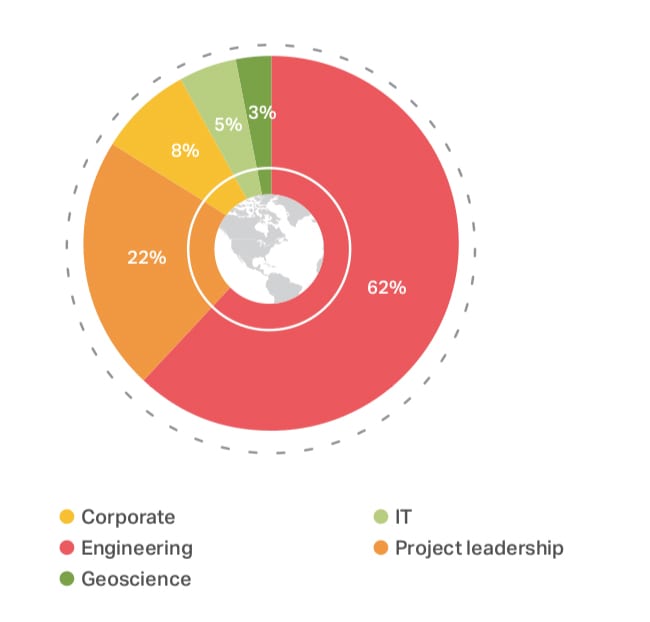 Which discipline is most affected by talent shortages? Courtesy: Global Energy Talent Index, 2018.

Another interesting finding in the report is that rather than reducing the need for human labor, automation and digitalization is exacerbating the skills shortage. This is due to “a lack of talent familiar with the new technologies,” noted Peet.

Marx agreed. “Some power companies find that professionals in digital roles don’t stay as long as senior management roles, making them the talent crunch points. In part, this is down to a fear that if you stay too long in one place in this sector, you get stuck—power needs to do better at appearing as a dynamic destination for talent.”

The report also notes that nine of 10 power professionals indicated they would be willing to relocate to another region. “Many years ago, most power jobs were tied to the local power station and sourced from the community. Newer, more technology-focused roles are more mobile, so this could account for some of the increased openness to relocation in recent years,” said Peet.

The report, however, is generally optimistic about prospects in the power sector. “[If] they were just entering the energy industry now, 74 per cent of professionals would still pursue a career in power. Only 15 per cent would not. This is especially true of younger workers, with older colleagues more hesitant,” it notes.

An important conclusions is that training will be essential to attracting new talent. The bulk of professionals surveyed suggested clearer career progression and increased renumeration and benefits packages were important.

“The power sector has done well so far but is well aware of the troubles brewing. Hiring managers understand what those skill shortages are and know where to go to alleviate them. But knowing and doing are different things. Graduate training schemes and increased use of apprenticeships will help, but the power sector needs to do a better job of marketing itself to young, digitally-inclined talent. Otherwise, transformations like the smart grid can’t fulfil their full potential,” said Marx.

Optimism also abounds in the renewables sector. In 2018, pay was up, and the sector “continues to enjoy unmatched popularity across the energy spectrum and the sense of crisis is less pronounced than elsewhere,” the report notes. 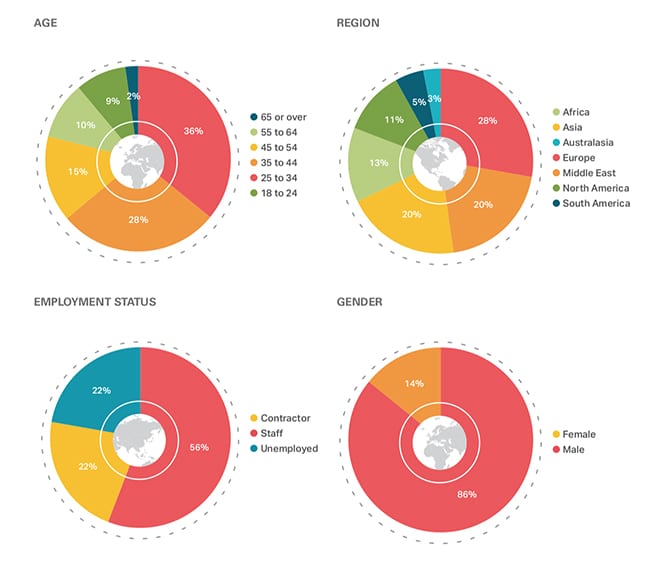 Yet, despite all these strengths, the sector is threatened by a new and sizable challenge in retaining talent. Compared to last year, when only 43% of professionals said they were open to changing sectors, this year, 77% said they were open to a move, with power, and oil and gas, as the most popular destinations.

Peet suggested that this perhaps reflects “unease about the sector’s long-term prospects, either due to skills shortages, political considerations or a combination of factors.”

She added: “It’s possible that renewables companies are complacent about the threat ahead, with everything seeming so good. However, hiring managers expect to start paying out a lot more raises next year, perhaps because they see exactly the retention challenge the sector faces. Hopefully, that foresight will be a saving grace because there are a lot of positives for the sector to build on.”

Assailed by increased competition from gas and renewables, the nuclear sector, meanwhile, has been struggling to transform its image to help shed outdated perceptions that it is an antiquated industry, the report notes. 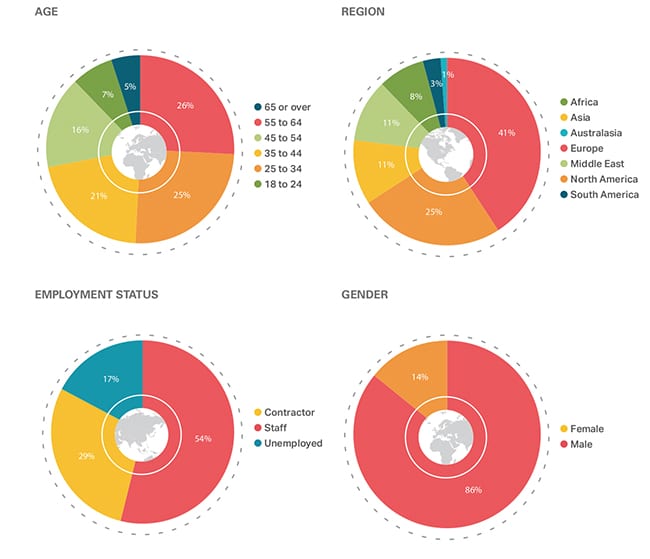 The nuclear sector is especially hurting owing to “an acute need for talent,” it says. It attributes this to two reasons. First, “certain roles are highly technical and specific to nuclear. These roles are tough to fill.” Second, the workforce is older than that in other energy sectors. Nearly a third of professionals are aged 55 or above, compared to just 20% in oil and gas. Given that talent is in short supply, salaries in the sector have continued to soar, the report notes.

However, engineers in the sector were in high demand. Around one-third of survey respondents said that mechanical and electrical engineering were the areas most impacted by talent shortages.

“Hiring managers are warming up to the idea of hiring individuals without nuclear backgrounds,” said Peet. “It’s something that talent acquisition leaders understand; now it’s up to the managers to put this into practice.”

The sector has also expanded apprenticeships and university graduate programs to address shortages. In China, for example, a chronic shortage of professionals has inspired the creation of a “nuclear university”—an institution dedicated solely to developing new nuclear talent.

Also notable is that digitalization could help alleviate the pain of a talent crunch. “The operational efficiencies and cost savings achieved through automation would counteract what professionals deem to be the greatest risks of the skills gap,” the report says.

“New projects in the nuclear sector are technologically advanced,” said Marx. “Digitalisation means that some roles no longer require individuals to be in physical proximity to the plants, which is going to facilitate more flexible working opportunities and widen the pool of candidates.”

Ultimately, the nuclear sector will need to focus on creativity and resourcefulness to address its workforce challenges, the report concludes. “This means two things: hiring more professionals without nuclear experience, and showcasing the sector’s technological development. The more that companies can convey the sector’s vitality, innovation and growth, the more that individuals will see their potential.”

“Nuclear professionals want to know that their careers will progress and that the sector will continue to evolve,” said Peet. “Having a clear roadmap into the future should be a priority for companies.”

The report outlines a number of factors that contribute to a threat of an energy sector skills shortage on a broader level. These include a “vast wave of imminent retirements.” The report also suggests less young talent is entering the field while the emergence of automation is creating the need for more digital skills.

Attracting talent has also changed. “It used to be that companies could simply raise wages to attract the talent they needed, but this is no longer the case,” the report notes. Professionals now care about:

The report recommends that energy companies adjust recruitment strategies to address pressing skill needs. That may require sourcing new talent from other energy sectors. “Skill sets are much more transferable than hiring managers may realise,” it says. It also recommends “tapping into demographics that have been historically underutilised, namely women.”

The report suggests that among actions energy companies should take to help address the skills gap are to evolve the workplace through training and development programs; emphasize mobility by giving professionals under 30 the opportunity to work and live abroad; and remain competitive on pay.