As in every year, 2019’s Oscar nominations came with some slights. But this year’s were particularly egregious—not a single nomination among the eight Best Picture choices and five Best Director nominees included a film directed by a woman. It’s shocking—or not, depending on your point of view—and certainly regressive, especially in a year with a number of successful, Oscar bait-y female-directed films including Josie Rourke’s Mary Queen of Scots and Marielle Heller’s Can You Ever Forgive Me?

This is one of the many reasons the nomination of Pixar’s Bao for Best Animated Short is so monumental. Bao is Pixar’s first female-directed short film—though with 19 other short films, none of them directed by a woman, Pixar is hardly the paradigm of representation. Still, Animated Short Film was one of the only Oscar categories that approached gender parity in directing. But hopefully that will change—and according to Deadline, Bao director Domee Shi is on her way to making a feature film.

Shi’s eight-minute short is inspired by her upbringing in Toronto’s Chinese community, and is so impactful because it gives voice to the oft overlooked Asian immigrant experience. Bao—which translates to “bun,” as in, steamed dumpling—centers on an empty nester Chinese mother and what transpires when one of her dumplings comes alive. The bao goes through adolescence and adulthood like any other growing son. They start out extremely close, going to tai chi and eating pastries together. Eventually the bao goes through a brooding teenage phase, where he grows a goatee and gestures at moving out with his blonde girlfriend.

In order to prevent bao from leaving her, the mother consumes her dumpling son. The move is dark and slapstick, grittier than other Pixar shorts. The poignant scene is followed by the mother’s own human son walking into the home where the empty nester metaphor is fully realized—her son resembles the bao she doted over, with the same face shape, glasses, and goatee. “I tried to flesh out this mom character more by tapping into that feeling that all parents have when their kids leave the nest,” Shi told Deadline in November. 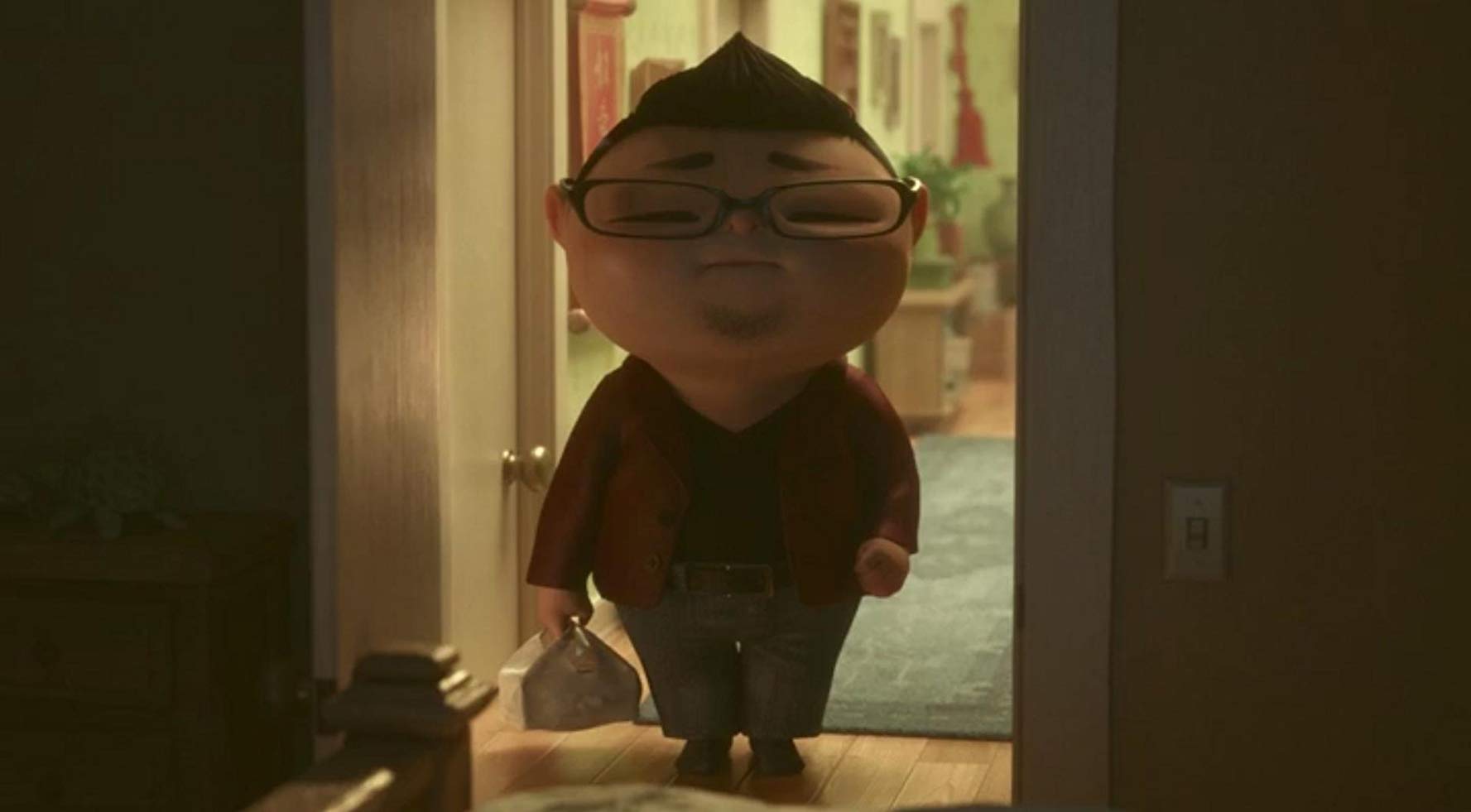 Though the featurette never explicitly states the mother is an immigrant, children of Asian immigrants are able to empathize with intimate themes that make Bao feel so personal. The Chinese mother apologizes by toiling over a meal, rather than speaking an actual apology. The kitchen spread is presented on screen with particular attention to detail—the authentic dishes in familiar red patterned plates and bowls, the braided bamboo of the lid of the steamer. Even the ornately designed red and gold calendar on the wall and the way the mother dresses in relaxed floral shirts—it all tracks magnificently.

More than that, Bao gorgeously depicts the complicated facets of the Asian immigrant parent to child relationship: the sense of debt for the sacrifices your parents have made, as well as the guilt of realizing you never appreciated these sacrifices when you were a child; the ways our culture makes these kinds of emotions difficult to speak aloud, and the way such sacrifices are impossible to repay. It’s a kind of universal tale that is so well understood by those in the immigrant community, yet so rarely told. And the fact that the Academy chose to honor this short, despite the viewers who were evidently bamboozled by the plot, is a small sign of progress.