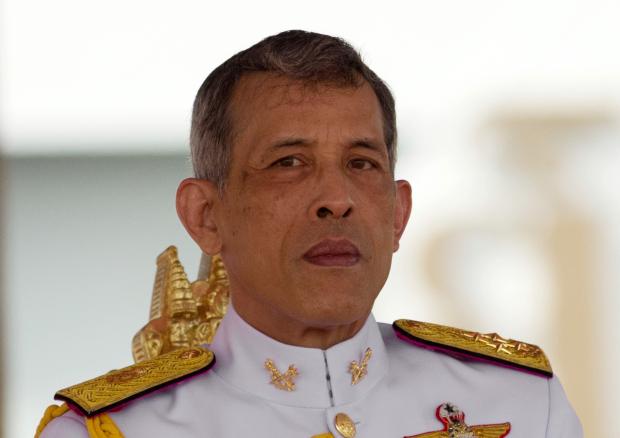 BANGKOK — A Thai political party swore loyalty to the king Saturday, a day after its stunning decision to nominate the monarch’s sister as its candidate for prime minister backfired when the king called the move inappropriate and unconstitutional.

The statement of fealty comes as the country ponders a Friday whirlwind in which Princess Ubolratana Mahidol broke with tradition proscribing the monarchy’s involvement with politics to become a candidate for the Thai Raksa Chart Party, only to have her brother, King Maha Vajiralongkorn, invalidate her action with a late night order.

Thai Raksa Chart’s statement said the party loyally accepted the king’s order and expressed deep gratitude to Ubolratana for her kindness toward the party.

Ubolratana, who is active on Instagram, did not directly mention the king’s order in a Saturday message, merely thanking people for their support and encouragement and insisting on her sincere desire to see Thailand progress with rights and opportunities for all its people.

Thailand’s March 24 election will be the country’s first since a 2014 military coup put in place a junta determined to reshape the political system to eradicate the influence of former Prime Minister Thaksin Shinawatra, whose allies have won every national election since 2001.

So it was not only a shock that Ubolratana was formally entering politics, but also that she was doing so in alliance with a Thaksin-backed party. Her candidacy would have pitted her against the junta leader and current Prime Minister Prayuth Chan-ocha, the preferred choice for premier of the pro-royalist military.

Thaksin was ousted by the military in a 2006 coup, and the country’s establishment has spent more than a decade trying to neuter his political machine through court rulings, constitutional rewrites and other changes to the electoral system. In addition to deepening political divisions that have flared into protests and street violence, the campaign has had little success.

Just eight years after ousting Thaksin, the military stepped in again to remove his sister’s government.

Thaksin remains wildly popular with the country’s rural majority, who were drawn to his populist policies such as universal health care and rice subsidies and were willing to overlook accusations that he was enriching himself while in office. But Thaksin’s popularity made the country’s Bangkok-based establishment uneasy and some saw his popularity as a threat to the monarchy itself.

Thaksin, who went into exile in 2008 to avoid serving prison time on a conflict of interest conviction he insists was political, was generally believed to have been involved in setting up Ubolratana’s candidacy. That shook the country’s royalists, who have long seen their campaign against Thaksin as a way to protect the monarchy.

It was widely assumed that Ubolratana, thought to be close to her brother, had at least received his approval for her action. What actually had happened behind the scenes is unlikely to become public, because the royal family’s private affairs are almost never leaked.

Vajiralongkorn’s order stressed that Thailand’s constitution insists that the king and those around him stay above politics, and the principles of democratic government also put politics off-limits.

It directly addressed the point that his sister was a member of the royal family even though her formal royal titles had been lifted decades ago when she married a foreigner.

“Even though she relinquished her title according to royal laws … she still retains her status and position as a member of the Chakri dynasty,” the king’s order said. “Bringing high-ranking royal family members to be involved in the political system, in any way, is an act that is against the ancient royal protocol and national custom and culture, and is seen as a highly inappropriate act.”

Her candidacy had caused great excitement because it offered the possibility of a strong challenge to Prayuth winning his job back. Her association with the monarchy was seen as making it difficult for royalists in parliament, which picks the prime minister, to vote against her.

Prayuth had been considered the front-runner because changes in constitutional law and election rules were implemented by his government to make it difficult for political parties without military backing to capture the premier’s post.

The royal order from Vajiralongkorn, read on national television late Friday night, caught by surprise newspapers that had already started their press runs with stories focusing on ramifications of Ubolratana’s candidacy.

An early edition of the English-language Bangkok Post with the banner headline ’Political earthquake,’ failed to report the aftershock of the king’s order.

There had been warning signs before the king’s order that Ubolratana’s candidacy was vulnerable.

Hours after Prayuth was registered as a candidate, a political party supporting her filed an objection with the Election Commission, arguing that the action broke rules banning the use of the royal institution as part of a political campaign. Several other complaints followed, mostly from conservative royalists. /atm