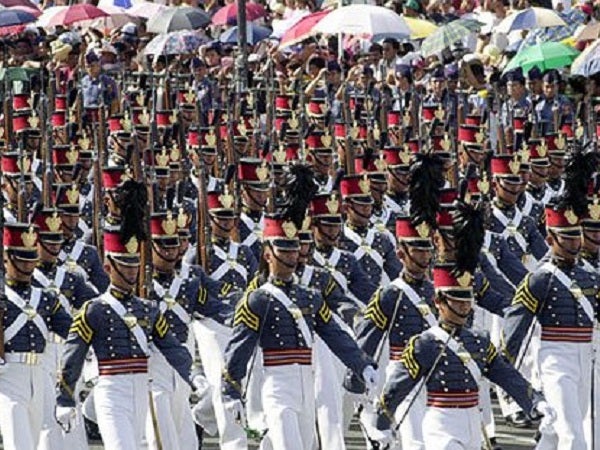 MANILA, Philippines — Adopted members of the Philippine Military Academy (PMA), who are running for public office, are barred to join the upcoming annual homecoming parade on Saturday, February 16.

While they are restricted to join the parade, the honorary members who wish to join the annual event will be given their own seats in the grandstand.

FEATURED STORIES
NEWSINFO
Hontiveros hits back at Sara: I’m not the one with my head in my ass
NEWSINFO
90-year-old man ‘out to kill Duterte, Go’ nabbed in Davao
NEWSINFO
Amid ‘taho’ incident, Lacson urges Filipinos: ‘Tayuan naman natin’

Those PMA alumni may join the parade but they are discouraged from politicking.

“We have already advised them through their class presidents, they can go there as alumni but they cannot perform any activity that is political in nature, much more ‘pag sila ay nagkakamapanya and we trust our alumni kasi alam nila ang mga responsibilidad nila,” Delos Santos said.

The annual homecoming will be held on Saturday at PMA in Baguio City with Environment Secretary Roy Cimatu as guest of honor. This year’s host is the PMA Class of 1969.

The official 90-day campaign period for senatorial candidates in the May 13, 2019 elections started Tuesday, February 12. /kga