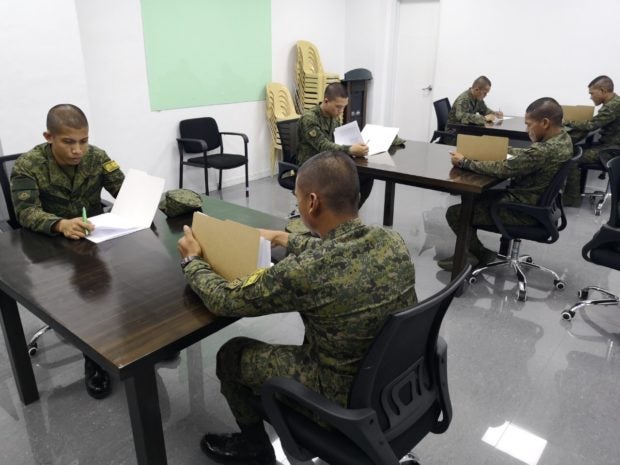 MANILA, Philippines – Armed Forces of the Philippines (AFP) personnel on Tuesday took part in the local absentee voting for this year’s midterm elections.

AFP public affairs chief Col. Noel Detoyato said that 20,064 military personnel were approved by the Commission on Elections to participate in the absentee voting out of 24,773 applicants.

“They will be deployed during elections, while the others on standby can vote in the precincts they are registered,” Detoyato said.

At Camp Aguinaldo, the military’s main headquarters, 75 military personnel were scheduled set to vote on Tuesday.

The 135,000-strong Armed Forces of the Philippines will deploy at least 30,000 troops and personnel nationwide to help secure the May midterm elections. /gsg