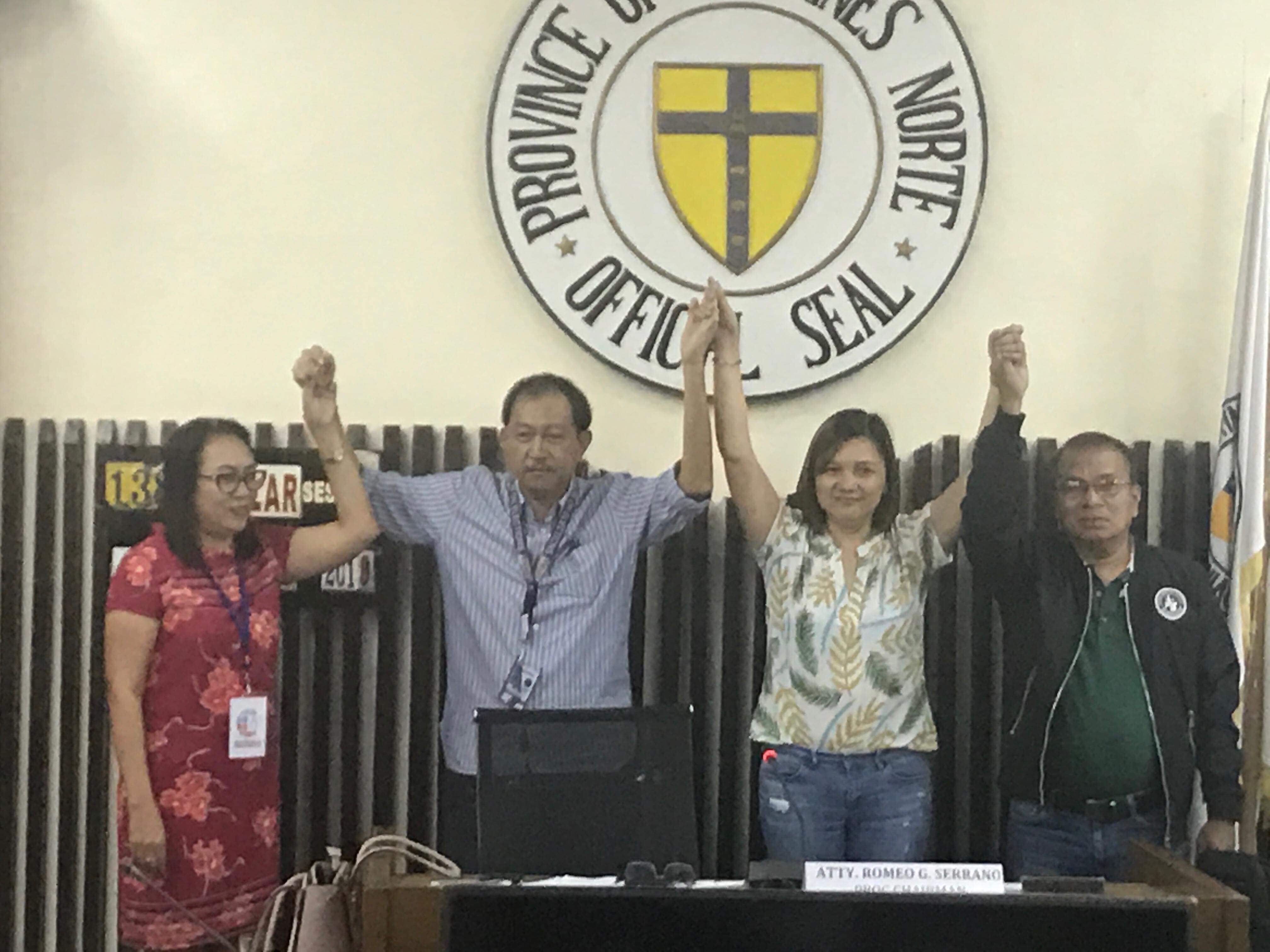 NAGA CITY – After a failed attempt during the 2016 elections, Josefina Tallado, wife of Camarines Norte governor Edgar Tallado, finally won a seat in Congress in this year’s midterm election.

Around 7 p.m. Wednesday, the Commission on Elections (Comelec) in Camarines Norte proclaimed Josefina as the new representative for the 1st district of the province.

In the 2016 elections, Josefina lost to Unico with over 2,000 votes for the same position.

Meanwhile, the results for the gubernatorial race in the province, where Edgardo is seeking re-election, are yet to be announced since the Comelec is still waiting for two towns to transmit election returns.