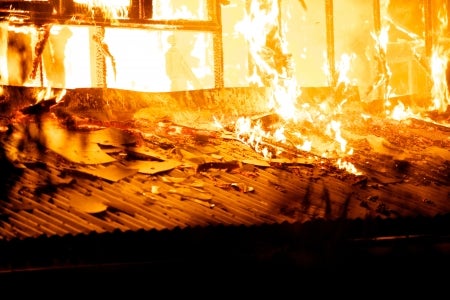 Four teenagers from Oklahoma in the US did not think twice when they rushed inside a burning home to save their 90-year-old neighbor.

Catherine Ritchie was about to go to bed when she discovered her bed was covered in flames, as per KTUL on June 6. Ritchie first tried to put out the fire on her own before giving up to call 911 and hit her emergency call button. The incident happened last May.

At the time, teenagers Wyatt Hall, Seth Byrd, Nick Byrd and Dylan Wick, aged 14 to 17 years old, were looking for something to do when they smelled the smoke coming from Ritchie’s house.

“It smelled kind of like burning rubber,” Wick said in the report. “Then, we heard the house alarm go off.”

From inside, Ritchie struggled to find her way out as the smoke engulfed her.

“The smoke was so bad, I couldn’t see to get out of my room,” said Richie. “I felt along the wall, and I went into the closet instead of the door to get out of the room. I finally did get to the door.”

Meanwhile, the boys launched into action by attempting to break down the front and back doors, and calling 911 and neighbors for help. Fourteen-year-old Nick was able to get through the back door and rushed inside where he found Ritchie lost in the hallway.

Firefighters were able to stop the fire before they could spread to the entire house, as per the report. Meanwhile, Missy Ritchie Nicolas, one of Ritchie’s daughters, penned a letter of gratitude to the boys for saving her mother.

“Thank you for being the kind of young men who thought about another person above yourselves…,” Nicholas said. “Thank you to your parents who obviously raised you in such a way that lead to you making life saving and heroic decisions on behalf of someone else. Thank you for more than we know how to thank you for!”  Cody Cepeda /ra