The U.S. Department of Energy (DOE) and members of Congress are looking at legislation concerning research and regulation of energy storage. Sen. Lisa Murkowski (R-Alaska), who chairs the Energy and Natural Resources committee, on July 9 said there is bipartisan interest in combining a handful of bills on energy storage, dealing with research and development (R&D) and funding, into one combined bill.

Bruce Walker, assistant secretary for the Office of Electricity, said the DOE supports a number of research efforts into storage, which Walker said could “revolutionize the energy industry.” 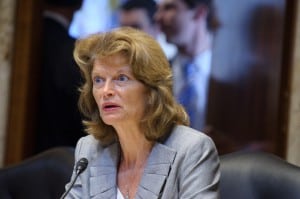 Murkowski at Tuesday’s committee hearing in Washington, D.C., said, “My goal, recognizing that we have five different bills out there, is to really evaluate where we are with them and synthesize the various bills and concepts, taking the best provisions that we have in each of them, combining them perhaps into a larger, more comprehensive energy storage package that we will be able to report out of the committee. I would hope we would be able to do that even possibly as early as the end of this month, or more likely in September. I’m optimistic about this space and what we can do.”

Deployments of energy storage are becoming part of states’ power portfolios, mostly due to storage’s capability to support intermittent renewable power sources such as solar and wind. Energy Secretary Rick Perry has called storage the “holy grail” of U.S. energy and has touted the technology’s ability to make the power grid more resilient.

Storage used in concert with wind and solar farms is just one area of growth. The DOE has said that as of a year ago, there was 23.6 GW of operational pumped-storage capacity in the U.S., accounting for 94% of the country’s energy storage, as storage continues to change the country’s power profile.

Mitsubishi Hitachi Power Systems and Magnum Development, which owns a large underground salt dome in Utah, in May said they have teamed to develop a massive project that could store up to 1,000 MW of renewable energy year-round and provide it to variability-challenged Western power markets. Florida Power & Light earlier this year announced plans to build the world’s largest battery storage system.

Arizona Public Service in February said it plans to add as much as 850 MW of battery storage capacity to its solar power plants by 2025.

Walker on Tuesday said, “The significant changes that have been realized in the electric industry over the last two years will pale in comparison to the remarkable changes and improvements that will be realized through ubiquitous grid-scale electric energy storage and the related smaller-scale energy storage technologies that will evolve as a result.”

The five storage proposals introduced by the Senate are designed to align DOE research into the technology, and also provide funding authorization. Sen. Tina Smith (D-Minn.) has introduced S. 1593, which would increase funding for storage research and grant programs by about $1 billion. The grant funding would go toward state and local programs to support storage integration.

Sen. Susan Collins (R-Maine) has introduced S. 1602, which would earmark $330 million over the next five years into energy storage R&D. “I think the energy storage bills are so important and exciting,” Collins said. “They really represent the new frontier.”

“The Defense Department is the largest single energy user in the United States, and battery storage is not only something nice and important to have, it’s a vital national security concern,” said King.

Walker said DOE is more interested in the various bills’ R&D support, not the funding levels.

“We are working on what is being suggested by many of the bills here today, not at obviously the amount of funding and resources that are being offered,” he said.