Discussions about fossil-fueled power capacity are typically centered on coal and natural gas. The former is seeing a marked decline amid climate concerns, and the latter is seeing unprecedented growth, owing to relatively low prices.

Seemingly forgotten, but still a major source of power, are plants fired with petroleum liquids. In 2017, according to the International Energy Agency (IEA), 6% of the world’s power generation capacity was oil-fired—as much as nuclear—but most was used in backup and smaller applications. Oil plants generated 940 TWh—or 4% of the world’s power production, nearly as much as wind. The world continues to add new oil-fired capacity. However, energy demand for oil by the power sector (measured in million tons oil equivalent [Mtoe]) has fallen in most regions worldwide, a trend that will continue through 2040, the IEA forecasts. Source: IEA (2018), World Energy Outlook 2018, IEA, Paris, https://doi.org/10.1787/weo-2018-en.

ENERGY DEMAND FROM POWER SECTOR FOR OIL BY REGION 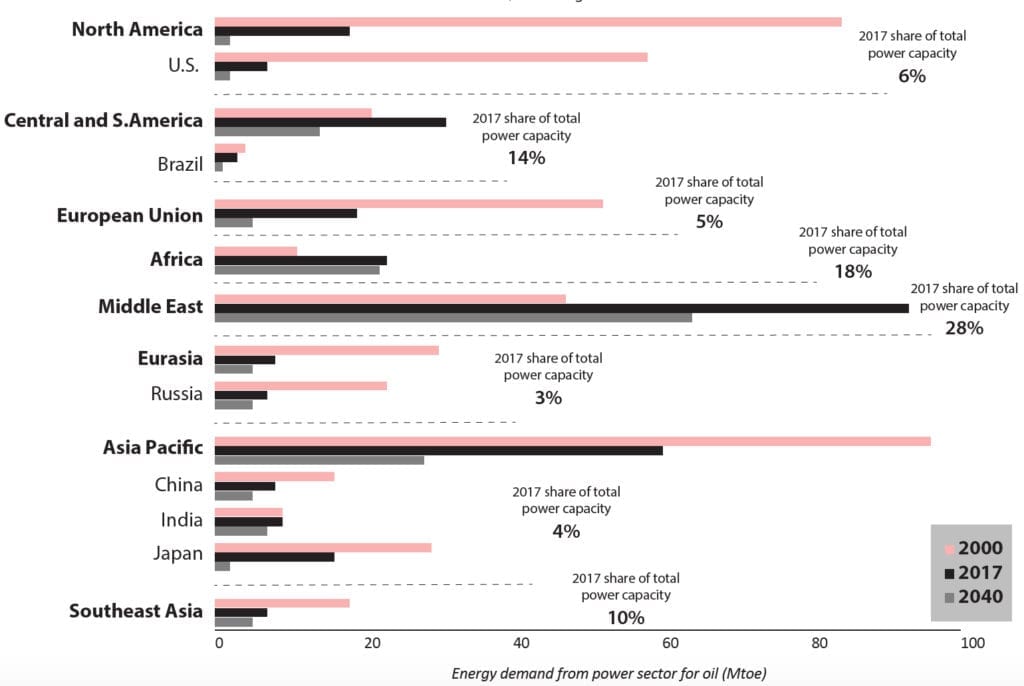 The post THE BIG PICTURE: A Spotlight on Oil-Fired Power appeared first on POWER Magazine.