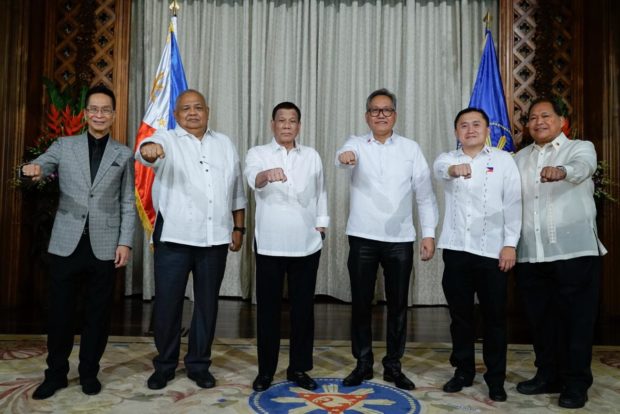 Their photo circulated on social media – some netizens appreciate it while others think it was inappropriate for a leader of the Supreme Court to do the fist-bump, citing the independence of the judiciary from the executive branch of government.

But a photo opportunity for newly appointed government officials doing the fist-bump, as popularized by Duterte, is not that unusual.

During the proclamation of newly elected senators in May, most of them did the fist- bump, save for Senators Grace Poe and Nancy Binay.