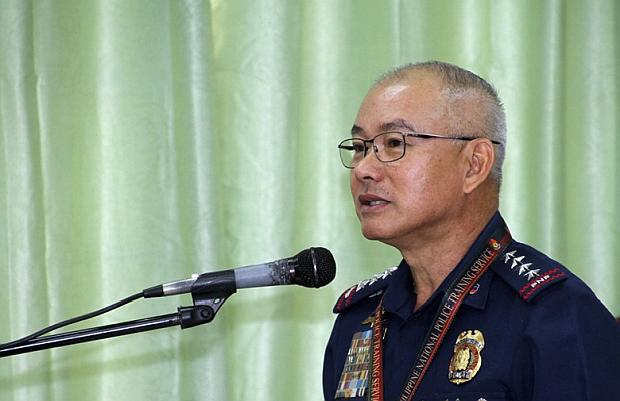 [It’s allowed in our laws to receive gifts that are insignificant in value, including food and other consumable small items, for example if given for a birthday. Sometimes it’s just hard to keep track of who gave you something because there are so many of them.]

[But accepting big things in exchange for favors is strictly prohibited.]

The country’s top cop issued this statement after President Rodrigo Duterte said he saw nothing wrong if police officers would accept “gifts” from people grateful for their work, adding that receiving gifts given out of gratitude could not be considered a violation of the law.

[We have a code of ethical standards that our public officials and employees have to follow.]

[I think what our President meant was instances like when someone is celebrating his birthday and someone sends food, or when he has helped someone.]

Under Section 7 of the Code of Conduct and Ethical Standards for Public Officials and Employees (Republic Act No. 6713), “public officials and employees shall not solicit or accept, directly or indirectly, any gift, gratuity, favor, entertainment, loan or anything of monetary value from any person in the course of their official duties or in connection with any operation being regulated by, or any transaction which may be affected by the functions of their office.”

The law, however, excludes from that offense “unsolicited gift[s] of nominal or insignificant value not given in anticipation of, or in exchange for, a favor from a public official or employee.”

Malacañang has already clarified that what the President could have been referring to unsolicited gifts given “as a mere ordinary token of gratitude or friendship.”

“We must see the context where the President is coming from,” presidential spokesperson Salvador Panelo said in a statement on Sunday.

“As the local chief executive of Davao City for more than two decades, he witnessed first-hand how local authorities in his city fought tooth and nail with the criminal elements and the dregs of society and how some members of the public showed their appreciation — through gifts — in transforming Davao City as one of the safest places in Asia today,” he added.