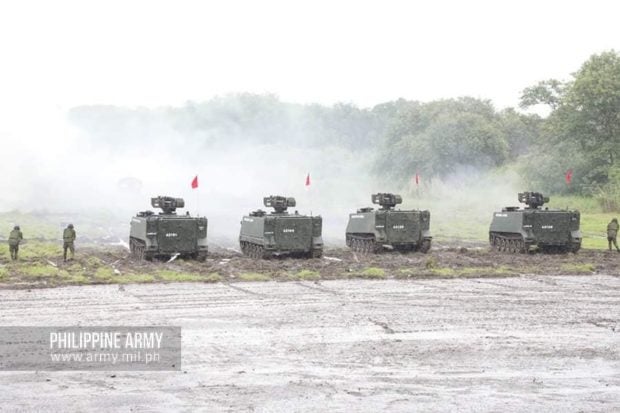 MANILA, Philippines — In anticipation of its upcoming assets and the prospect of more aggressive land defense, the Philippine Army has rebranded its primary armored unit.

“This will usher in the expansion of our armored corps as we expand it by purchasing 44 tanks to be delivered next year,” he told INQUIRER.net.

The change does not entail additional personnel and equipment based on the approved table of organization and equipment, he said.

The Armor Division celebrated its anniversary at Camp O’Donell in Tarlac on Wednesday, where it showcased its new capabilities and technologies including the armor personnel carrier with remote control weapon station from Israel and Infantry fighting vehicle and mortar system.