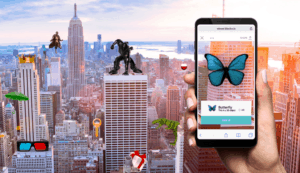 Jon Knight, the VP of Business Development and Partnerships, officially announced in the BLOCKv community telegram group that the company had signed a “formal partnership agreement with Publicis Groupe.” The agreement was reached last week but not announced until today.

The French multinational, Publicis Groupe, is the world’s third-biggest media agency and was founded in 1926. As a global leader in marketing, Publicis Groupe has a workforce in excess of 80,000 professionals and is present in more than 100 countries.

Knight stated that BLOCKv had been working closely with NextTechNow, which is a Publicis organization that works across all the digital and creative agencies within the group.

NextTechNow is the primary channel through which Publicis Groupe’s client brands adopt innovative new technologies. Brands that have worked with NextTechNow include Visa, Costa, H&M, and UBS.

How Significant Is This Deal for BLOCKv?

Knight goes on to say that the partnership is “about as good as it gets” for any technology start-up that is working with Publicis. He stated that BLOCKv would gain access to Publicis’s client teams, innovation teams, and communications network. BLOCKv and Publicis will also set up a partnership team in the interest of achieving their mutual success.

Knight concluded the announcement with the revelation that the partnership was already yielding fruitful results. Knight stated that the two companies had previously held numerous joint meetings with Publicis’s clients, including some of the “top UK and global brands.” Both companies are “pursuing a number of qualified briefs together that are likely to yield value and volume in the near future.”

At the event, BLOCKv delivered a pitch to showcase its blockchain-based ‘Vatoms,’ and the transformative effect they can have on campaigns by driving engagement. BLOCKv was one of thirteen start-ups to pitch at the event.

BLOCKv describes Vatoms as digital objects that connect people and organizations. Vatoms are customizable and can be dropped virtually onto a map, and then recaptured in augmented reality with the use of a smart device.

At the start of this year, BLOCKv released its Vatoms in the form of “virtual butterflies” during an event held at the Javits Center in Manhattan. Attendees then engaged in a virtual treasure hunt capturing these butterflies and other branded digital objects using their smartphones. Once captured, the unique digital objects could then be exchanged for real-life gifts and prizes.

Just last month, BLOCKv partnered with Landsec and Ocean Outdoor to put on a 12-hour immersive event called ‘Midnight Madness‘ that took 300 participants across London. The Goldman Sachs-sponsored event again showcased the ability of Vatoms to drive engagement as participants took part in an augmented “scavenger hunt,” which bridged the physical and digital world.

#tbt to this amazing moment when spider #Vatoms were captured from the #PiccadillyLights during the Midnight Madness event last month. #AR #technology #blockchain #gamification pic.twitter.com/BrOJ97UCR6

Despite the significance of the announcement, the price of BLOCKv’s native token ‘VEE’ has remained unchanged so far, with neither significant movement up or down. VEE currently trades at $0.002388 and has a market cap of $6,199,927.