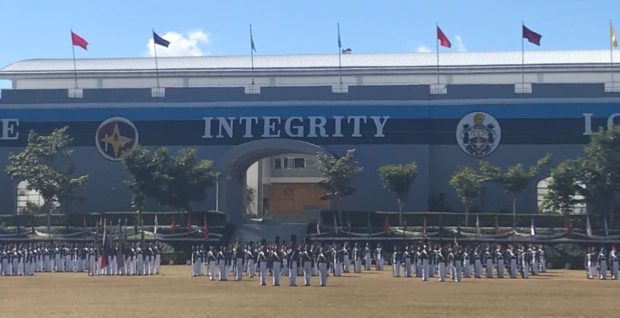 BAGUIO CITY – The Philippine Military Academy’s Cadet Corps commander has stepped down and cited command responsibility after charges were filed against seven cadets for the hazing and death of Fourth Class Cadet Darwin Dormitorio, the PMA announced on Thursday.

“In a community of leadership, discipline, trust and fellowship, the Cadet Corps Armed Forces of the Philippines … [are resolved] to put an end to such excruciating acts that defy the very values that the [PMA] instills and we stand as one corps against maltreatment,” stated a manifesto read by Navarro, on the same day PMA confirmed that Dormitorio had signs of injuries attributed to blunt force trauma.

The manifesto was signed by the commanders of all cadet classes including Dormitorio’s Class of 2023 which was incorporated only in July.

Last month, Lt. Gen. Ronnie Evangelista resigned as PMA Superintendent, alongside his commandant of cadets, bemedalled combat officer Brig. Gen. Bartolome Bacarro, for command responsibility, but not before separating three of the cadets accused of hurting Dormitorio from the military school.

Last October 8, 2019, the Dormitorio family charged seven upperclassmen for hazing, murder and torture, based on the testimonies of 14 cadets and 2 tactical officers.

Five PMA personnel, including the doctors who failed to treat Dormitorio’s internal injuries, were also charged for dereliction of duty. /gsg