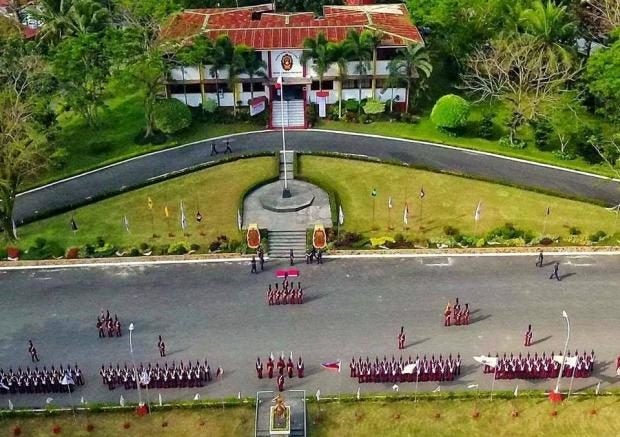 MANILA, Philippines — Morale is low among students of the Philippine National Police Academy (PNPA) as a result of a hazing case that has bothered the cadets, according to one cadet of the academy.

The hazing case, said the cadet, “is not okay with us.”

“The PNPA is promoting and developing characters of leaders in the future,” he said. “We don’t tolerate any act of hazing, any maltreatment in this academy,” said the cadet.

He said even upperclassmen in the academy had been bothered by the hazing case.

He was referring to the alleged hazing of Cadet 4th Class John Desiderio, who was rushed to hospital on Oct. 29 because of stomach pains. He was believed to have been manhandled by his upperclassmen at least twice. His injuries were believed to be from repeated blows to his stomach.

In his affidavit-complaint, Desiderio tagged five cadets as behind the physical abuse. The cadets had been put in isolation pending the case’s resolution.

According to the cadet who talked with INQUIRER.net, some “systems” at the PNPA were changed and policies were being implemented to prevent more cases of hazing.

He sought to refute reports, however, that hazing was rampant in the academy. He said cadets, who would soon become police officers or officers of the fire and jail bureaus, needed to follow the Anti-Hazing law, too.

The PNPA is currently carrying out exercises as part of disciplinary action to both build up cadets’ physical well-being and “not to demoralize them,” said the INQUIRER.net source.

The PNPA reported the manhandling of Desiderio more than a month after the hazing death of Cadet 4th Class Darwin Domitorio, of the Philippine Military Academy, last Sept. 18.

In October 2018, a second class cadet in the PNPA allegedly ordered two freshmen to perform oral sex on each other as punishment for disobeying orders as two third class cadets watched. They had been dismissed from the academy./TSB