Qais Hussain is a 16-year-old GCSE student and Labour Party youth officer from Shipley, West Yorkshire, UK. Here, he writes about his experience supporting the Black Lives Matter movement as a teen in a small town with a majority-white population.

I live in a town called Shipley in West Yorkshire. It’s a place with a lot of history; home to the preserved village of Saltaire, built for textile workers during the Industrial Revolution and now a World Heritage Site, as well as a network of Victorian canals. Shipley may be rich in history, but its demographic is less varied. According to the Office for National Statistics, the population of West Yorkshire is nearly 78 percent white.

Following the death of George Floyd at the hands of police earlier this month, the world has mobilised against racial injustice and police brutality under the Black Lives Matter movement. Protests have taken place in almost every major city in the US and Europe, and anti-racism fundraisers, reading lists and resources have been shared by millions on social media.

Yorkshire has also shown its support for the movement. In Leeds earlier this month, thousands of people gathered for a Black Lives Matter protest, while organisers in Bradford have staged three peaceful rallies since Floyd’s death. For most young people where I live, Black Lives Matter is an inspiring force and the chance to have our voices heard speaking out against racism.

However, I have experienced negative reactions from a small number of my peers – people my own age I had assumed would be supportive of the Black Lives Matter movement. In the last few weeks, I’ve seen people I go to school with attack each other on social media over their support of Black Lives Matter. Some GCSE students even joined far-right activists when they gathered outside the cenotaph in Leeds city centre earlier this month, in opposition to a Black Lives Matter protest taking place that weekend. One student a similar age to me posted a picture of the event to social media, showing men with England flags gathered around the statue. 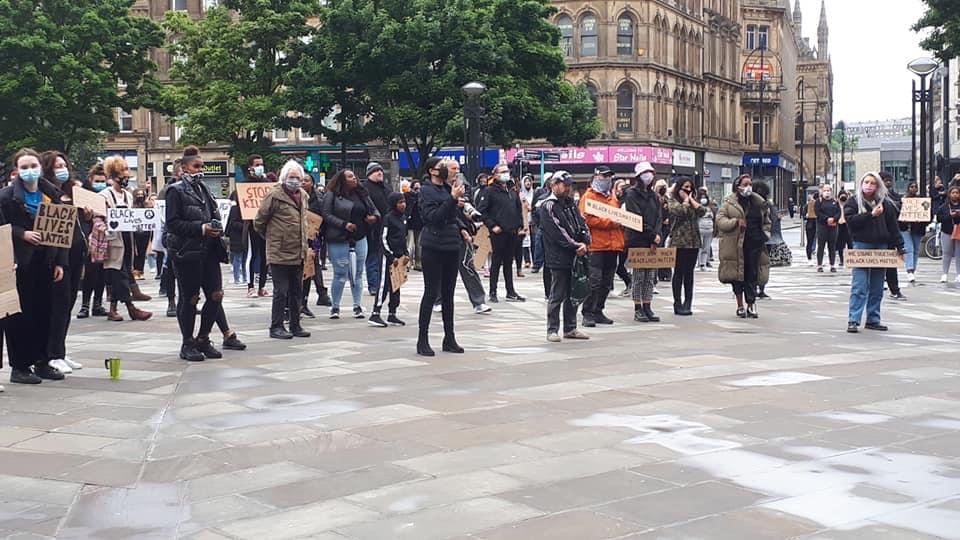 Another GCSE student told me that he supports “White Lives Matter”, and explained that this was because white people’s concerns “are being trivialised. White veterans die all the time but that’s obviously that’s not the same as a Black man dying.” Someone else my age told me: “The left are using the murder of George Floyd as an excuse to meet up and hold demonstrations.”

Other young people who are against Black Lives Matter say they believe defacing statues – such as the monument to Winston Churchill in central London, which was graffitied during a protest, or the toppling of slave trader Edward Colston’s statue in Bristol – is unnecessarily provocative. Some students I spoke to also said they were angry at the lack of protests for other marginalised groups. One said: “What about Yemen? Yemen is suffering the biggest humanitarian crisis in the world and the world is silent.” Another student said that as June is Pride month, “We should be focusing on the struggles of the LGBTQ community, not the death of an American.”

Due to the arguments over Black Lives Matter we had seen on social media, and our concern about some peers’ support of the far-right, a friend and I wrote to our headteacher. He responded in a public bulletin to students and staff, saying that the “highlighting of race discrimination and basic human rights will, I hope, bring about change for the better both in the US but also across the world.”

Like students across the country, we have been home-learning since the start of the lockdown. I wonder whether tensions towards the Black Lives Matter movement would have escalated as quickly had we been at school. Coronavirus has removed some of the opportunity to constructively learn about race and inequality. Instead of discussing Black Lives Matter in a classroom environment, my peers and I are stuck at home, and subject to toxic racist messaging on social media.

The opposition I’ve seen among schoolmates to Black Lives Matter has been reflected in a small number of other local incidents, too. Two weeks ago, at a Black Lives Matter protest in Leeds, just outside Shipley, a woman was subject to abuse from “seven white boys” who saw that she was carrying a Black Lives Matter sign. Speaking to LeedsLive about the incident, the woman, who is white, said: “I feel burnt out. If that’s how they’re treating Black Lives Matter supporters then I can only imagine how they treat Black people.” 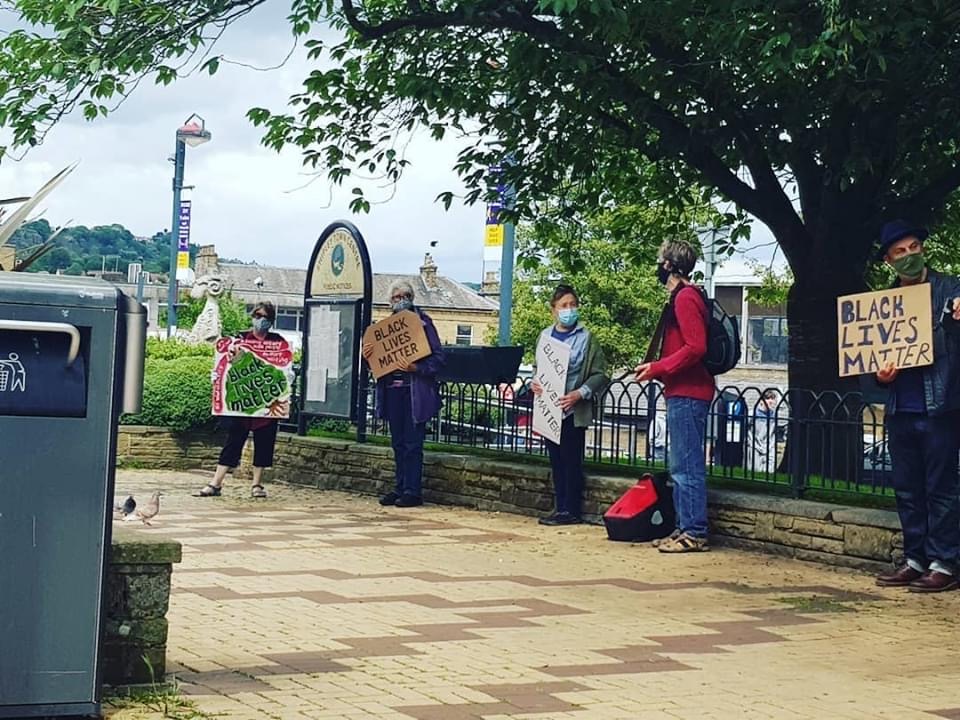 The point has been made many times that British ignorance of Black history starts at school. We don’t learn about Britain’s role in the slave trade or the contributions of Black people to rebuilding post-War Britain, or the achievements of Black people today in all areas of society. In a white-majority town like Shipley, it can be easy to feel that the anti-racism cause doesn’t matter to you – or, in the sad case of White Lives Matter supporters, that it is actively against your concerns. Of course, the reality is that Black Lives Matter is a cause that we must all fight together.

Happily, the Shipley students who are against Black Lives Matter are in a tiny minority. Charley, aged 16, has been protesting every weekend for the past three weeks. She tells me she has received abuse from students, but is determined not to let it get her down. “It just goes to show how threatened this generation feels by the change and progress that we will make,” she says. “It’s disgusting when we can’t acknowledge what our ancestors did. The systems that we have today were built on racism.”