Deborah Short was walking her dog down the rocky shores of Vancouver Island on a typically grey April morning when she spotted the headless mammal.

“At first I thought it was a log and then as I got closer, I realized it was a sea lion,” said Short. “I immediately walked over in that direction, only to discover that its head had been severed. I was just sick to my stomach."

While this was the first time Short found a decapitated pinniped (the scientific term for roughly 30 types of marine animals, including walruses, sea lions and fur seals), it wouldn't be the last.

Short, shocked by the headless sea creature, took photos and alerted the federal Department of Fisheries and Oceans (DFO) as well as animal rights activists. Short said she knew this wasn't just a random occurrence. Earlier in the year, after a close encounter with sea lions left her enamoured with the creatures, Short decided to research them and became aware of a photo of a headless sea lion found in the area that was circulating on social media.

“I never thought for a second that I would find one in the wild decapitated,” said Short. “This was one of the worst moments I've experienced. I didn't think it was going to happen again.”

Since April, Short has found several more decapitated or mutilated sea lions or seals, five in total. In some cases she says it seems like someone left a cleaned skull next to the body. She says there are several more residents that have found animals but aren’t speaking about it publicly. She’s getting to the point where now other residents are calling her if they come across them.

“These are just the ones I'm finding,” said Short. “It’s horribly disturbing.” 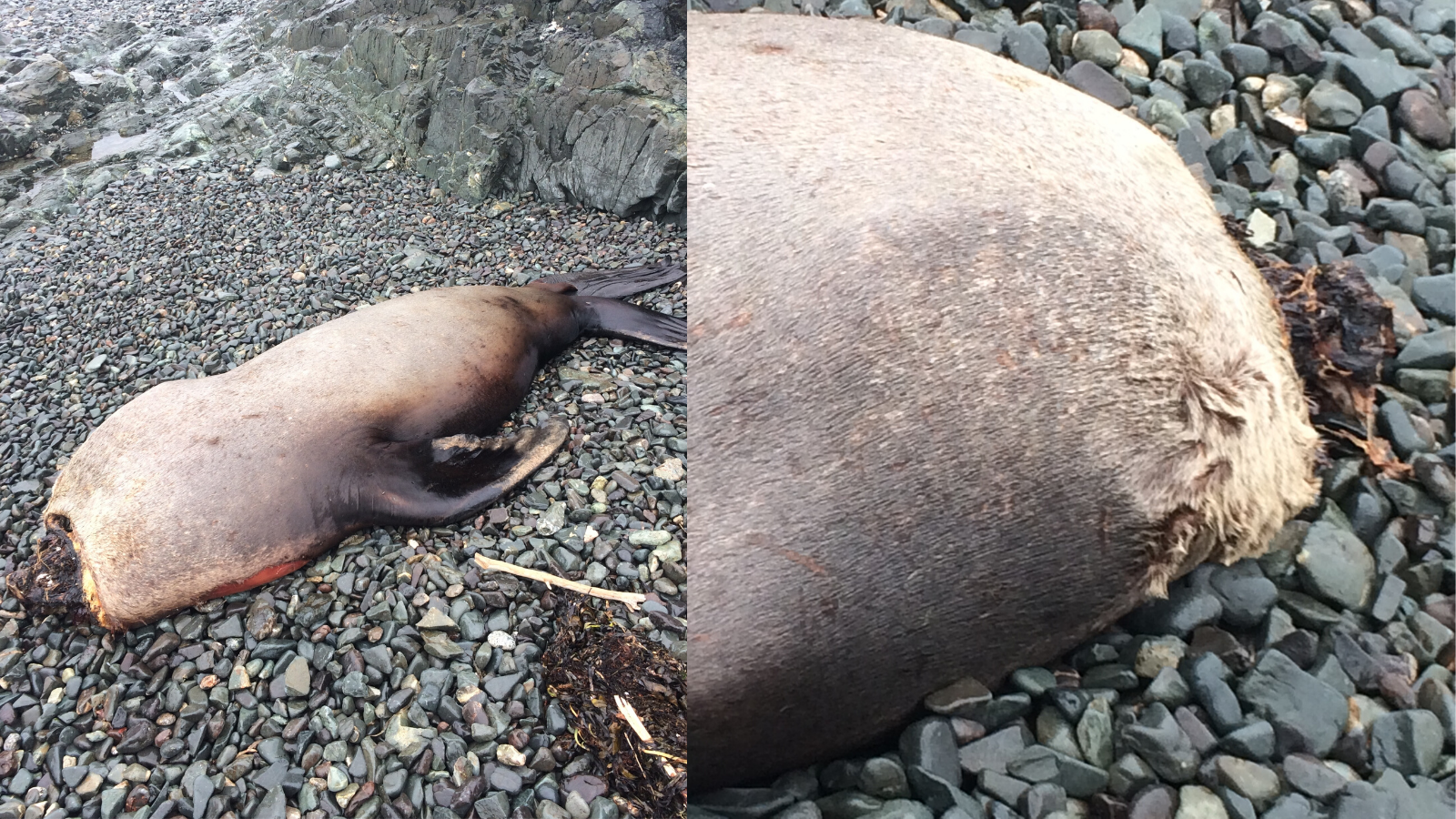 Dr. Anna Hall, a marine mammal zoologist with Seaview Marine Sciences, told VICE that she viewed the photos. “While we cannot discount that there's something natural going on because nature is dynamic… it seems at this point to be unlikely,” she said.

“Whilst I have seen many transient killer whale predation events on Steller sea lions, I have not seen them take only the head,” said Hall. “Unless an unusual species of shark has entered the strait, which we don't know about, that has a preference for taking the heads… something unusual is going on in the Strait of Georgia.”

“It does seem that there is likely a human element to it,” she added. “There are still some other possibilities but they seem quite remote at this point in time.”

Hall said she has spoken to another person who found a headless pinniped. The exact cause of death for the sea lions isn’t known nor if the heads were removed before or after they washed ashore.

According to Hall, some of the decapitated animals appear to be Steller sea lions, which are deemed an “at-risk” population in Canada. On the government’s public registry, the species are said to be rebounding from a “historical culling and deliberate persecution.” Over 70 percent of births of the entire species take place on small islands off the northwestern tip of Vancouver Island. 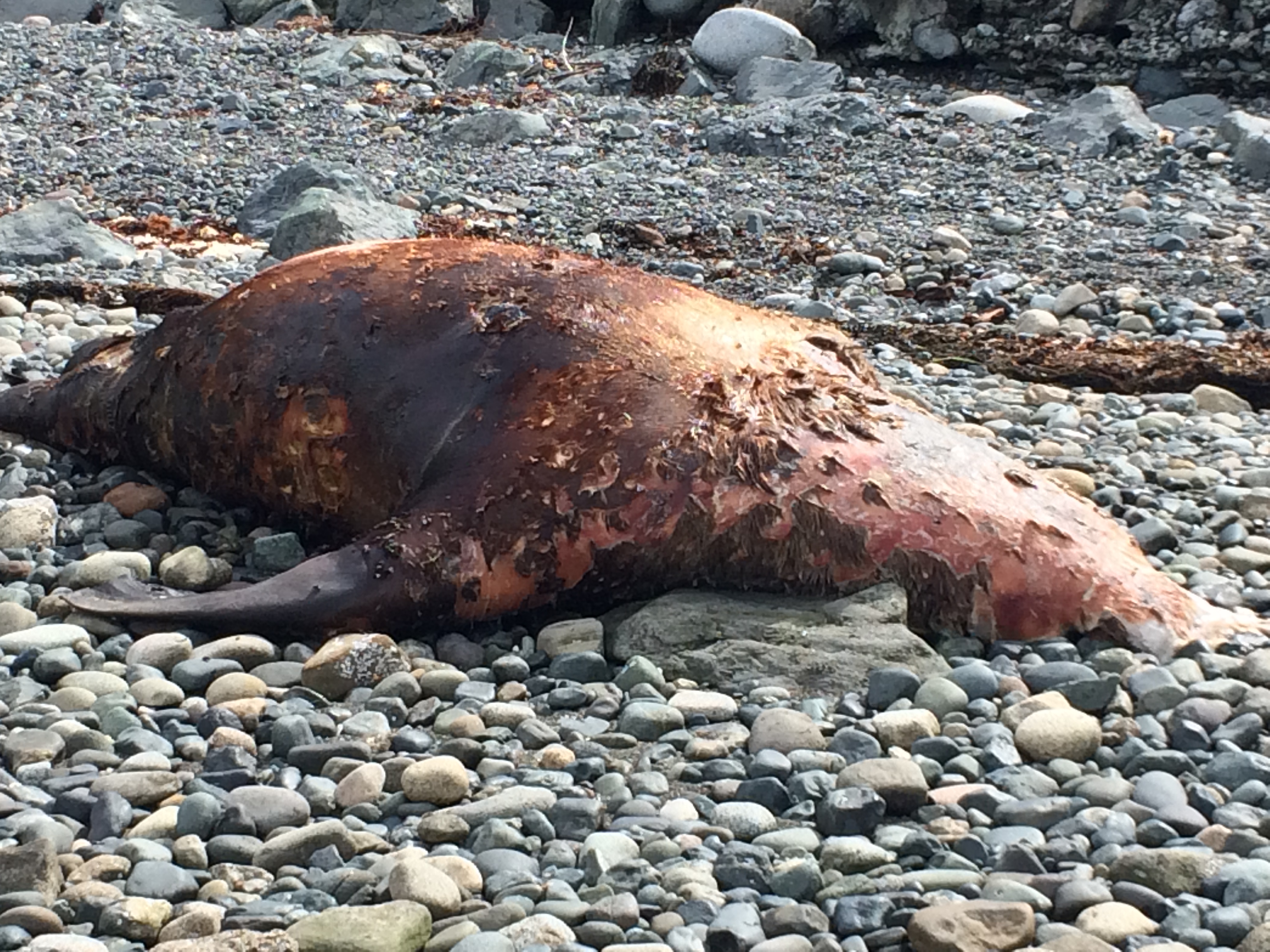 "It's not the only time this has been seen but it is rare to find such large animals missing their head," said Hall.

The pinnipeds' population on and around the island has been the source of some controversy for some time now. A collection of commercial fishermen believe the pinnipeds are the cause for the depleted levels of salmon in the area, leading several groups to push for a hunt to reduce the population forming.

The fishermen have faced stiff competition against their proposal. A Change.com petition by Animal Alliance of Canada against the proposed hunt has accumulated over 27,000 signatures.

Thomas Sewid is the president of Pacific Balance Marine Management (PBMM), a group pushing for an Indigenous-led seal hunt. Photos of sea lions with their heads cut off have been found on PBMM's social media pages to discourage hunters from using this tactic, said Sewid. Sewid is adamant that the headless animals don’t come from his group because Indigenous hunters would take more than just the head of the animal.

“They’re not taking any hides so it’s not the First Nations,” said Sewid. “I'm hearing that (First Nations) are doing everything they can to ensure no bloat and float.” 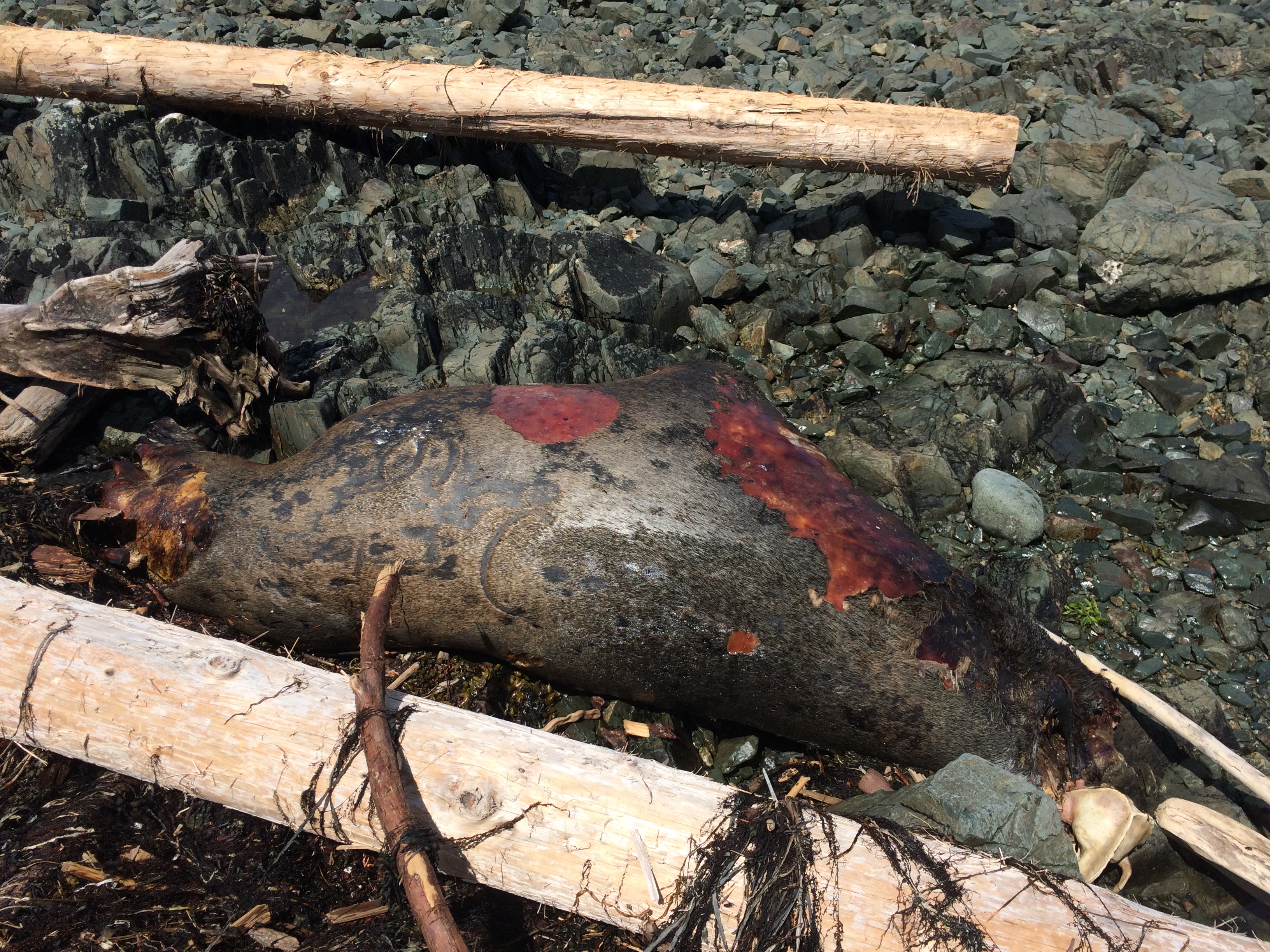 The third sea lion Short found. This one she says appears to have had a skull left next to it.

Sewid said because of the attention brought on by the headless sea lions and the description of the hunt as "a cull" he expects the DFO to deny PBMM's proposal for a pinniped hunt. However, he says that won’t stop him from killing the animals—he won't be leaving their headless carcass on the shores, though.

“I'm never going to stop harvesting them,” said Sewid. “I'm going commercial fishing this summer and I plan to harvest quite a few.”

The Pacific region office for the DFO told VICE in a statement that there has been a “slight increase” in the reports of dead sea lions washing up on the shores of Vancouver Island but that it’s a “fairly common occurrence.”

“Typically, the animals are washed up intact. However, from time to time individuals may tamper with the animals once beached. If this is determined to have been done in an effort to knowingly tamper with evidence, this would be an offence under the Criminal Code of Canada,” reads the statement.

The DFO said that its Conservation and Protection branch is aware of the situation and is “monitoring these closely.”