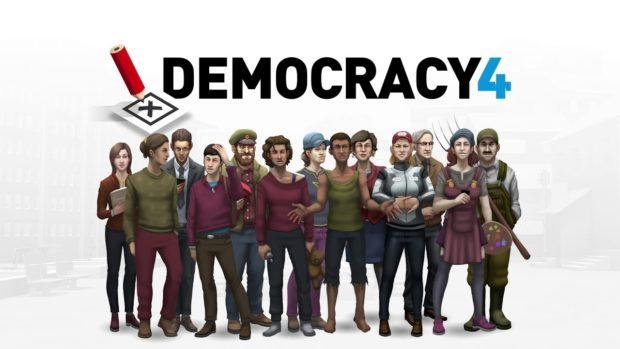 “Democracy 4” pulls players into the grand plans and microscopic details of government — and the “series of interesting, serious, and agonizing decisions” that even the most benevolent of politicians must make, says designer and lead programmer Cliff Harris.

You don’t need a politics or philosophy degree to play computer game “Democracy 4”, but you might feel like you could get one afterward.

Harris wants to make a game that’s as politically neutral as possible, with no message except “the reality of economics and politics.”

And here’s the big pitch: its basis in hard data means that you can use “Democracy 4” to test out your ideas.

Rather than just tell your friend that he’s an idiot, you can now play this game and prove to him you’re right, as Harris puts it.

Or at least, that’s the idea. The reality, in “Democracy 4” at least, might be quite different.

Just as our natural biases towards community and safety can be leveraged, through social media, to cause division, new tools are springing up to keep us talking. Gapminder provides long-term views on global health and wealth, deep canvassing helps us learn from shared experiences and Street Epistemology has us evaluate the reasons for our beliefs.

And perhaps there’s room for “Democracy 4”, which lets us match social and political ideals to real data and complex modeling.

“You learn that extremism generally doesn’t work in the long run,” Harris observes. “You have to compromise to get where you’re going, or you have to go there really slowly. There’s kind of a lesson in the game, implicitly, that you have to take the electorate with you.”

While Harris identifies as a sort of liberal capitalist and fairly centrist in classical terms, he’s keen to keep his own biases out of the game, and playtesting has taken him all over the map.

The question is, what kind of world do people want?

The answer of “Democracy 4” to that is an interactive political compass that plots every single one of its virtual voters.

“Ultimately, it’s a good way of showing if a policy is unpopular. Then you can drill down and find that your tax may have been a good idea for what you wanted to do, but frankly this demographic group can’t afford it.”

And if you move too fast? Then you break things — maybe even yourself.

Assassination might seem like a pretty severe consequence, but the “Democracy” model has thrown up a few curveballs, even for Harris.

“It’s not designed to be this way, but it’s much easier to be killed in the games if you’re liberal, because you don’t have that apparatus of a police state to defend yourself,” he says.

Conversely, “if you’re campaigning on law and order, you actually want violence — which had never occurred to me before,” he adds. “The perfect strategy is to make it look like you’re tough on law and order but you’re not actually doing it, or you’re concerned about poverty without fixing it.”

Yet there are also nobler reasons why politicians might enact change slowly: real progress takes time.

“Democracy 4” is available via Positech Games, with a broader round of publicity and Steam Early Access launch by November. CL