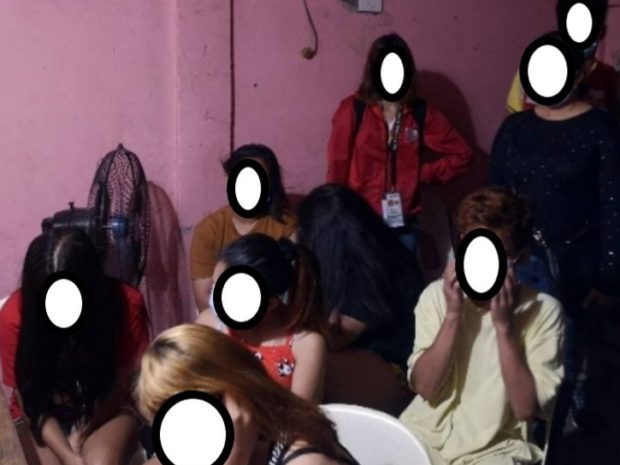 Col. Lawrence Cajipe, Bulacan police director, said the six girls were reportedly forced into prostitution at a night club along the Cagayan Valley Road at the village of Sapang Putol.

Authorities raided the bar where they found the victims around 9:45 p.m.

The bar operator, who was identified as Enrique Salonga, was arrested along with a certain Bienvenido del Rosario and Clariza Flores, who were believed to be the pimps trafficking the girls.

Police said the youngsters, including a 16-year-old cashier, were transferred to the custody of the local social welfare office and development office.

The suspects were charged with violation of human trafficking laws and laws protecting women and children (Republic Acts No. 9208 and 10364).