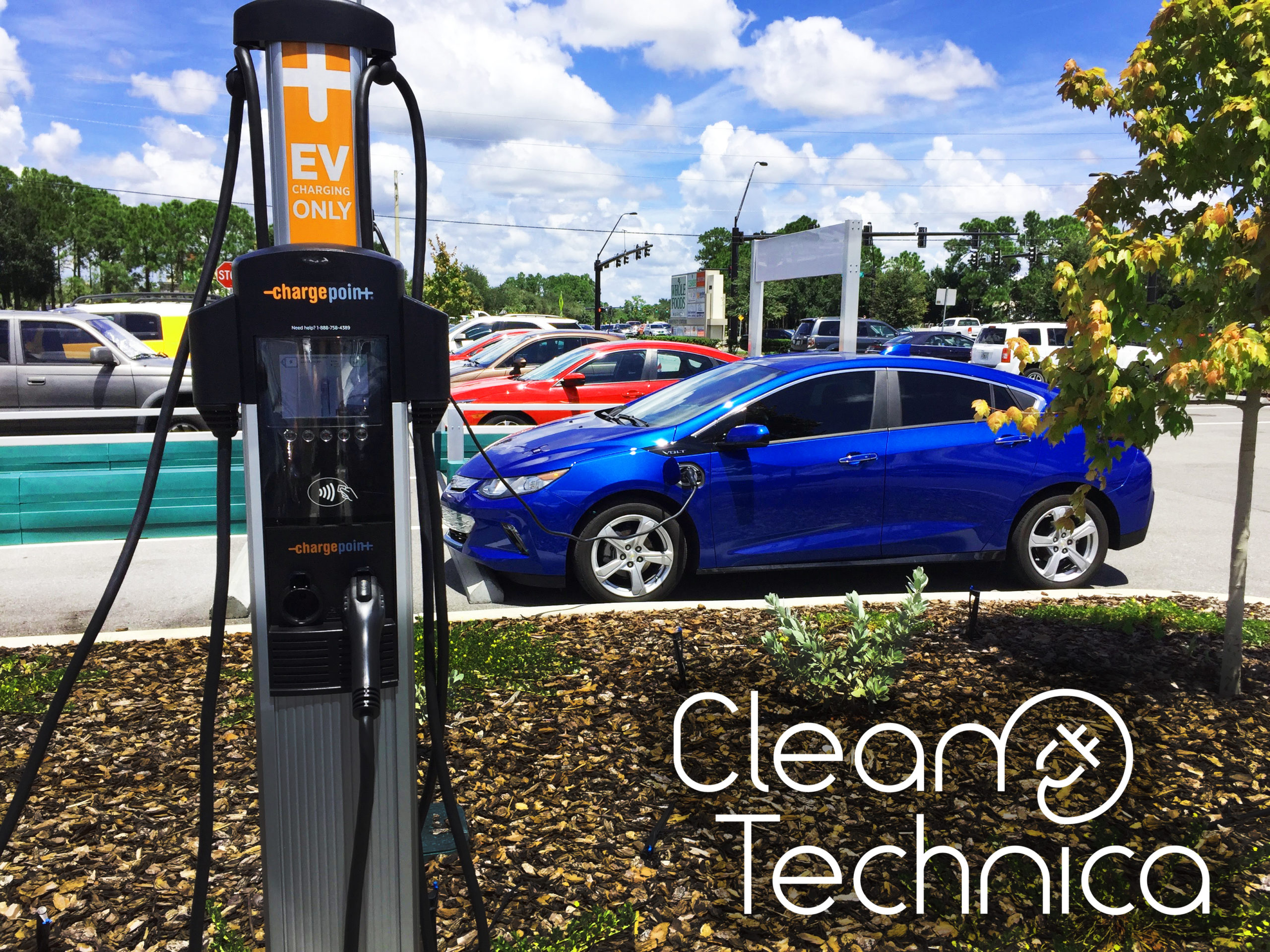 Getting around cities in electric vehicles (EVs) is getting easier as EV infrastructure grows. But traveling between cities is still a challenge as infrastructure, incentives, and policies aren’t always implemented on a regional scale.

The fear of EV suitability for regional travel has been a major roadblock to embracing the technology. Several surveys and studies, including those from McKinsey, Volvo, Autolist, and Venson, have cited “range anxiety” and a lack of charging infrastructure as leading barriers to EV adoption by individuals and fleets in recent years. While greater consumer knowledge of EVs can alleviate these apprehensions to an extent, adequate infrastructure in heavily traveled locations of a region will be essential to ease EV range concerns. Past studies have demonstrated that areas with the highest uptake in EVs generally benefitted from two to six times the availability of public charging infrastructure compared with the national average.

While it’s well known which cities contain large numbers of EV charging stations, we analyzed the development of EV charging infrastructure in the areas surrounding major cities to determine their regional preparedness for an increasing number of EVs. Recognizing that cities lack direct control over regional preparedness, we nevertheless sought to understand this area of infrastructure readiness. We reviewed and scored 60 prominent US cities including all 25 cities participating in the American Cities Climate Challenge, the five largest cities from each census-defined division of the country, and the largest cities in each of the 44 largest metro areas in the nation. These urban areas cumulatively encompass more than 57 percent of the US population.

The goal of focusing on these metrics was to paint a fuller picture of where people are moving throughout a region and the adequacy of infrastructure in those locations. The metrics and scoring methods can be seen here.

Five of the ten cities with the highest availability of surrounding EV infrastructure are in California, with San Jose receiving 45 of 48 possible points for regional readiness. Cities in California benefited from high levels of density and near universal commitment to EVs in the area. Outside of California, Denver, Hartford, Baltimore, Portland, and Salt Lake City also displayed above-average EV charging infrastructure in their surroundings. A full list of cities and scoring can be seen in Exhibit 1.

We also added up the scores of the most populous cities in the five largest metro areas of each census division to analyze division-wide readiness for EVs. The Pacific division performed strongly, as all its most populous cities received high point totals. Somewhat more intriguing was the preparedness exhibited by the New England and the South Atlantic divisions. Cities in New England enjoyed high metropolitan per capita charger counts as well as high availability of chargers at day trip destinations. The South Atlantic was elevated by cities such as Atlanta and Tampa in addition to Baltimore, as all three cities are in areas with strong airport readiness and day trip readiness. Exhibit 2 shows the aggregated scores for all nine census divisions as well as the most prepared city in each region.

Exhibit 1. Total Points for Each City Based on Regional EV Infrastructure Readiness Exhibit 2. Aggregated Census Division Scores and Most Prepared City in Each Division Although it was difficult to include this as a scoring metric, Exhibit 3 shows the distribution of all DC fast chargers in the United States as well as a map of the country’s primary highway network. The blue circles represent a 50-mile area around each charging station location, indicating the segments of major highways that are in the vicinity of a fast charger.

It is apparent that the most prepared cities in each division have strong fast-charger coverage in their immediate areas. Gaps are visible away from these more urbanized environments, which could lead to range anxiety for consumers taking longer trips outside of their home cities and states. Furthermore, fast-charger coverage in various major corridors of North Dakota, South Dakota, Wyoming, Montana, and some other states is limited to Tesla drivers only. This further complicates the question of regional infrastructure suitability for individuals that drive other brands of EVs.

Exhibit 3. US Primary Highways Within 50 Miles of DC Fast Chargers

We spoke with representatives from various well-prepared cities regarding their plans for regional EV collaboration. All stressed the importance of sharing resources and ideas to leverage their impact on electrifying transportation.

Denver, CO: Denver has focused primarily on information sharing with other regional municipalities to discuss best practices for EV adoption. Mike Salisbury, Denver’s transportation energy lead, stressed that it is important to work with tourist destinations to address charging needs moving forward, a particularly salient topic in Denver where many citizens frequent mountain towns west of the city. Salisbury articulated a need for the expansion of DC fast charging at airports as well to facilitate charging capabilities during drop-off and pick-up situations for ridesharing drivers in addition to private citizens.

A network of DC fast charging stations has also recently been deployed to provide more rapid charging capabilities, support high-mileage vehicles, and facilitate intercity travel in the region. In addition to rolling out this infrastructure, Austin Energy has been working with regional coalitions and the community to conduct education and outreach to further the adoption of EVs.

Nashville, TN: The City of Nashville is an active participant in the Drive Electric Tennessee (DET) program. The initiative brings together state agencies, universities, cities, utilities, EV manufacturers, advocacy groups, and private businesses to promote EV adoption in the state. Laurel Creech, assistant director of the division of sustainability at the Metro Nashville Department of General Services, and co-chair of the policy and programs committee as part of the DET Roadmap, stated they are focused on developing a local action plan that municipalities across the state can utilize. According to Creech, “Nashville will also play a role in supporting and participating in some of the other committee’s recommendations when finalized.” These state-level initiatives create a forum to facilitate communication regarding EVs among the entities of a given geographic area.

Expansion of EV charging infrastructure around cities will provide greater confidence for consumers hoping to travel throughout a region. The strategies and plans being undertaken by the cities above will be crucial in order to share ideas and resources among municipalities and other stakeholders on the path to widescale implementation of chargers and EVs.

While cities understandably lack full control over some of these metrics, this analysis is meant to steer the conversation toward a more holistic paradigm of EV-readiness. Actors that play a role in metropolitan areas, tourist destinations, airports, federal highways, and other highly traveled parts of a region are often in direct communication and should expand the ways and frequency in which they collaborate on EV issues in the future. This will be necessary to assuage range anxiety concerns and foster an environment that is ripe for EV adoption.

For more information on the methods of this analysis, or to learn more about Rocky Mountain Institute’s work in mobility transformation, visit rmi.org/our-work/mobility-transformation/ or contact ldaniels@rmi.org.

More information on Rocky Mountain Institute, RMI can be found at rmi.org, or follow us on Twitter .

Rocky Mountain Institute Since 1982, Rocky Mountain Institute has advanced market-based solutions that transform global energy use to create a clean, prosperous and secure future. An independent, nonprofit think-and-do tank, RMI engages with businesses, communities and institutions to accelerate and scale replicable solutions that drive the cost-effective shift from fossil fuels to efficiency and renewables. Please visit http://www.rmi.org for more information.