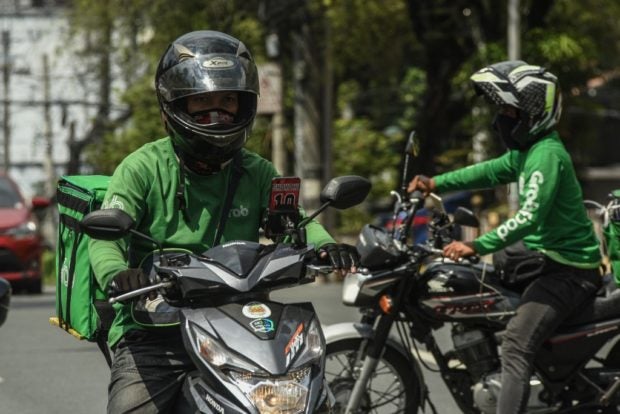 MANILA, Philippines — The Senate trade committee will fast-track a “timely and “relevant” bill filed by Sen. Lito Lapid that seeks to protect food and grocery delivery riders from fraudulent orders.

The committee tackled Senate Bill No. 1677 which seeks to set up a mandatory reimbursement scheme for unjust cancellation of orders.

“Let’s fast-track this because it’s very timely, very relevant. Even after the pandemic,  this will be relevant because we have grown accustomed to online services,” Sen. Aquilino “Koko” Pimentel III, chair of the Senate committee, said, speaking partly in Filipino, during a hearing on Tuesday.

“We will go beyond food and grocery delivery. All the delivery services where this is applicable, the riders are victimized,” he added, noting that his committee would immediately schedule a technical working group meeting to iron out the details of the bill.

Before this, service providers Grab Philippines and Foodpanda made separate manifestations detailing their systems to ensure the protection of riders from the fraudulent practice.

Grab Philippines spokesperson Nicka Hosaka said the company had gradually reformed its policy so that the payment of customers would be directly given to the service provider’s merchant partners.

“As of August 2020, there is no longer an advance that is done by the riders. We slowly rolled it out wherein our merchant partners will get the payment straight from those who order. There’s no longer any money paid out by our riders,” she told the committee.

On the part of Foodpanda, regulatory and public affairs manager Rose Romero said: “Ever since Foodpanda operated, the riders never advanced the cash.”

According to Romero, Foodpanda provides its merchant partners with a tablet device that records orders.

“That what gets the orders transmitted through the app. From there, the orders are prepared directly. So riders need not go there [to the store] to order or even pay,” she said. “The cash advance of riders is really not applicable.”

Meanwhile, Romero proposed that the bill also include provisions to protect “all players in the industry or in the community of users, such as the platform providers, the merchants, the riders and the consumers.”

While Grab and Foodpanda already have systems in place to protect their riders, Pimentel said the bill would be applicable to other delivery service providers who might be noncompliant.

“If you have the correct policies…you should not fear the law. The policy is there. You already have a system…So we are really after the noncompliant,” Pimentel said.

Further, he said the bill should be expanded to cover delivery services for non-food or non-grocery items.

Lapid, the author of the bill, agreed with Pimentel, saying: “Sana all.”

He used a Filipino catchphrase currently popular, meaning: “I hope it applies to everything or everyone.”

Pimentel made the proposal to expand the coverage of the bill after the committee learned that Grab also offers a concierge-like service called the “Pabili” feature, where riders would have to advance cash. Customers can book deliveries for both food and non-food items.

“So far, there have been no incidents of ‘no-show’ or canceled orders. In any untoward incident, Grab again is able to fully reimburse riders if there are those who were not fully paid,” Hosaka said.

Lapid pushed for the passage of the bill as many Filipinos continue to rely on online delivery services during the pandemic.

He said there had been numerous reported incidents in which riders were exposed to “fake bookings” — or the unjustified cancellation of orders.

“Food and grocery delivery riders took on a crucial role in our day-to-day lives, especially during the current health crisis,” Lapid said.

“As such, they are being considered as one of the more important front line workers as they provide convenience and access to a large percentage of our population, despite all the health and safety risks they face just to earn a living,” he added.