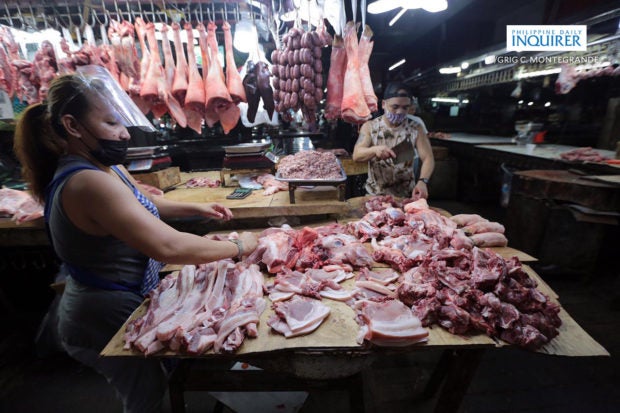 The Senate Committee of the Whole is set to probe the “tongpats” (kickback) scheme that Lacson earlier said could amount to P6 billion in kickbacks per year if President Rodrigo Duterte approves the Department of Agriculture’s proposal to lower tariffs and increase import allocation on pork imports.

Lacson said the Senate also intends to look into the reasons “that brought the hog and poultry industry to this pathetic state.”

On Wednesday, Duterte ordered the temporary reduction of tariffs on pork imports in a bid to resolve the country’s undersupply of pork.

When asked to comment on Duterte’s order, Lacson, in a message to INQUIRER.net, said the President’s authority under the law to adjust the tariff rates cannot be questioned while Congress is not in session.

He however added: “[T]he Senate Committee of the Whole that is scheduled to conduct its first hearing on this issue on Monday (April 12) intends to dig deeper into the circumstances that brought the hog and poultry industry to this  pathetic state and how such tariff cuts, both for ‘in-quota’ and ‘off-quota’ MAV (minimum access volume) allocations will impact the country’s food security.”

He also said the probe will also touch on the “foreseen revenue losses and the unabated corruption and technical smuggling of agricultural products.”

Aside from temporarily slashing the tariff rate on pork imports, Duterte also recently recommended, in a letter to Congress, an increase in MAV by 350,000 metric tons in addition to the current 54,210.

The Senate decided to launch the Committee of the Whole investigation after it adopted Senate Resolution No. 685 initiated by Lacson in March.

The resolution sought to investigate the “tongpats” scheme as well as technical smuggling of poultry and pork products, which were feared to “further perpetrate unabated corruption” and “ultimately lead to the demise of the local industry and adverse public health effects if appropriate measures [are not] adopted.”