In the small Indigenous community where Randall Benson grew up, oil and gas is one of the only employers. The Alberta hamlet of Anzac is just a short drive south of the Canadian oil sands, and with few other options in the area, many of Benson’s friends and family went to work for an industry where vast areas of Boreal forest are strip-mined to get at the tarry crude oil bitumen underneath.

Benson himself took a job at an oil operation after high school but he wasn’t there long. “I didn’t like what was happening on the environmental side of things,” he said. Growing up in a family with Cree, Iroquois, and Métis ancestry, Benson’s mom and dad and grandparents had always been adamant about treating the land with reverence and respect. “To me working in an oil sands plant was completely counter to what I was taught growing up,” he said.

Benson got training as an electrician, and he figured his skills could be put to use on energy technology that existed in a better relationship to the natural world. This was in the late 1990s, and with a solar boom just taking off in California, Benson began attending conferences on the west coast and getting trained on solar installations. In the early 2000s he set up one of the earlier solar companies in Canada: Gridworks Energy.

What was at the time portrayed as a niche industry for wealthy hippies has over the past two decades exploded into the economic mainstream—investments in renewable energy outperformed fossil fuels by 367 percent since 2010, a recent report from the International Energy Agency and Imperial College London found. In Alberta, oil and gas producers have laid off nearly 26 percent of the industry’s workforce since 2014, while the industry tracker Rystad Energy predicts the province could have more renewables installed than any other Canadian province by 2025.

Yet the province, like most other oil and gas-rich jurisdictions across Canada and the U.S., has no explicit plan to help workers navigate this transition. Gridworks is among the rare companies providing that service instead. Through the training programs the company runs in addition to its “countless” solar projects, Benson is helping oil and gas workers, some of them Indigenous, make the same career shift he did. “Most of our students are electricians who’ve lost jobs or work in the oil sands industry and now they’re looking to diversify in order to become more employable,” he said.

Benson is up front that his company can’t pay as well as fossil fuels. An electrician in the oil sands might make $50 or $60 per hour, while the top rate he can currently pay without provincial policies accelerating job creation in the renewables sector is about $38 per hour. “But they’re not having to spend their time in an incredibly toxic environment spending half their life working 12-hour shifts,” he said. “Most people will say, ‘I’m much happier making a little less money but being able to come home every night with my family.’”

Versions of this story are happening all over North America. With the business model for fossil fuels verging on precipitous decline, Indigenous communities adjacent to coal, oil, and gas operations are taking the lead on explicitly training workers for what comes next. But experts say that without explicit long-term policies supporting those communities, many laid-off workers will struggle to regain employment. And in the meantime, the renewable economy could end up looking a lot like the fossil one: profits and opportunities accumulating among wealthy white people, and Indigenous peoples left with the scraps. 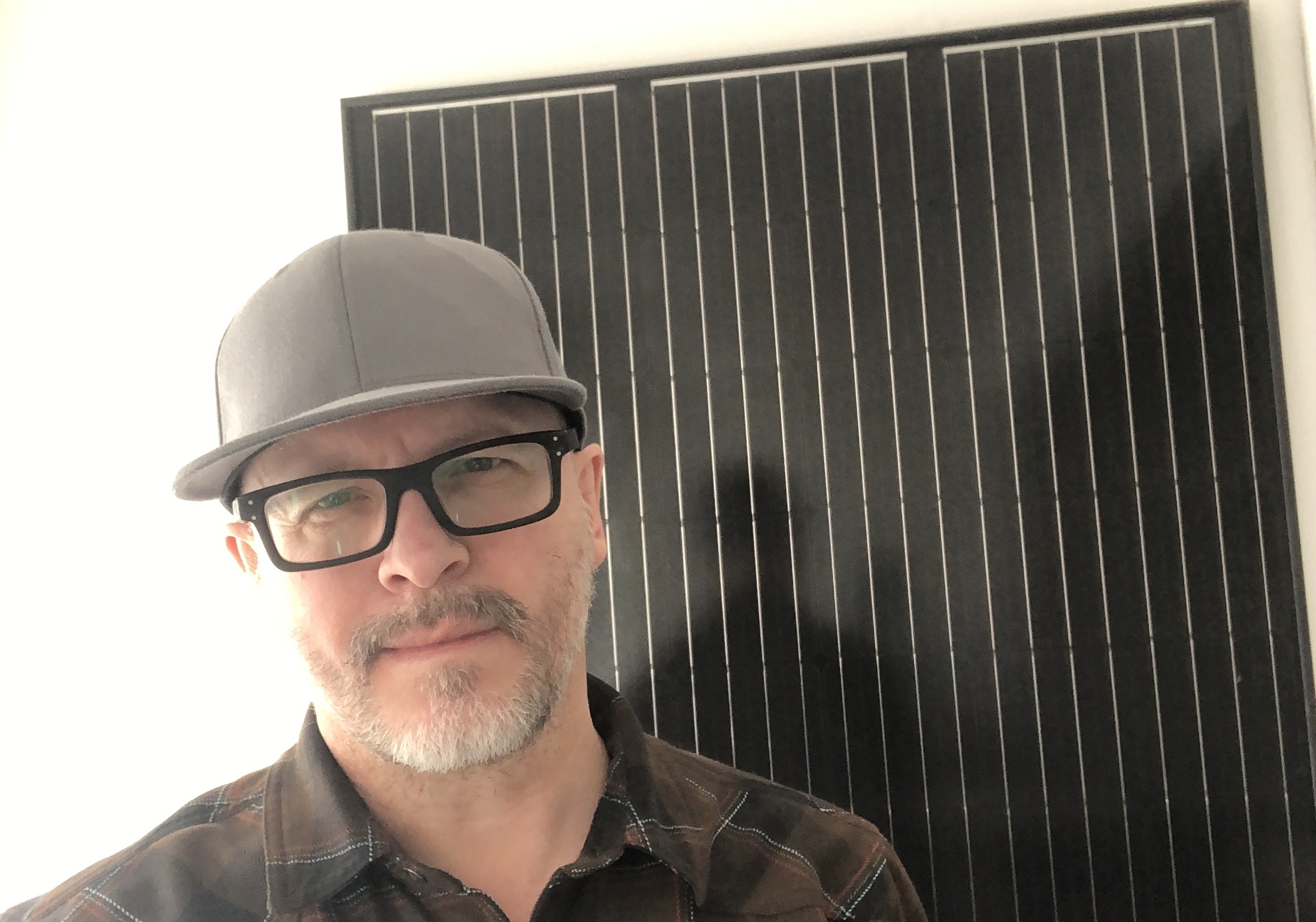 "Working in an oil sands plant was completely counter to what I was taught growing up," said Randall Benson, pictured. Photo supplied

“It’s about transitioning communities who have borne the brunt of environmental degradation and climate change,” Melina Laboucan-Massimo, founder of Sacred Earth Solar and member of the Lubicon Cree First Nation in Alberta, told VICE News. Indigenous peoples should be at the front of the energy transition, explains Laboucan-Massimo, who hosts a TV series on the topic called Power to the People, “and not be at the end of the line, which is always the case.”

It’s no coincidence that many Indigenous people grow up near fossil fuel operations. Despite only representing 2 percent of the U.S. landmass, Native American reservations hold about 20 percent of the country’s coal, oil, and gas reserves. This proximity, combined with the fact that many reservations have a high poverty rate due to constricted economic opportunities that are a legacy of colonialism, has resulted in Indigenous workers being overrepresented in fossil fuels.

About 2 percent of workers in the petroleum fuels sector are American Indian or Alaska Native, according to the 2020 U.S. Energy and Employment Report, even though they are less than 1 percent of the national workforce. The same goes for natural gas and coal. In Canada, 7.4 percent of oil and gas workers are First Nations, Métis, or Inuit, despite Indigenous people being 3.3 percent of the overall Canadian workforce, says data from the Canadian Association of Petroleum Producers. 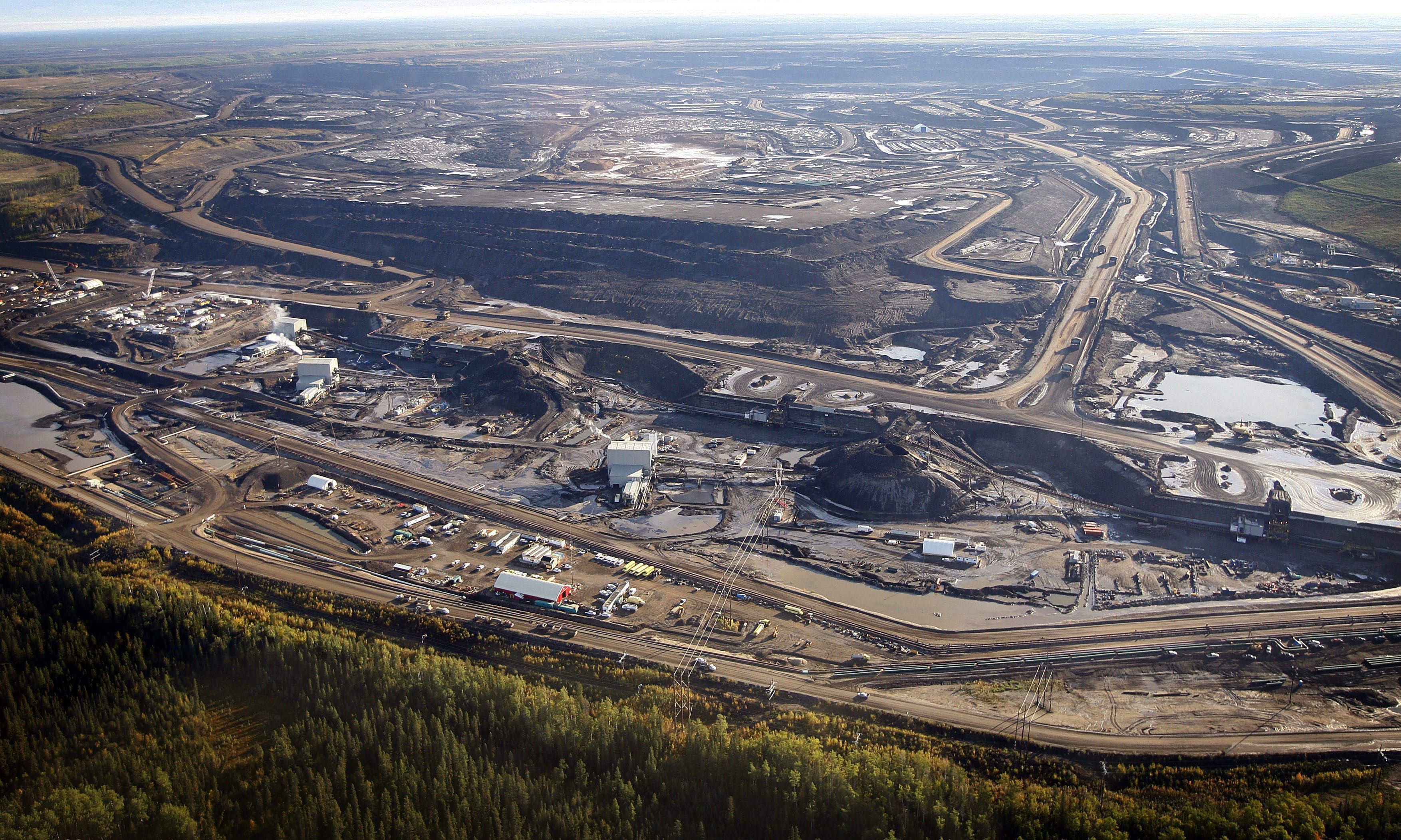 Good money comes at a cost to the land. A tar sands mine facility near Fort McMurray, Alberta. Photo by Jeff McIntosh/The Canadian Press

For many Indigenous communities these are the best-paying jobs available. The average salary for people working in oil and gas across North America is nearly $120,000, according to 2015 statistics. But that high pay comes at a terrible cost to land that Indigenous peoples have lived on for thousands of years, Laboucan-Massimo said, and to the health of workers themselves. “They are toxic jobs,” she said.

One 2014 study from the National Institute of Occupational Health and Safety found that workers in unconventional oil and gas operations such as fracking or oil sands mining may be exposed to high levels of cancer-causing benzene. Other workers have been exposed to radioactive materials.

Indigenous workers face discrimination as well. First Nations oil and gas workers interviewed by Amnesty International said that on British Columbia job sites they were often “last hired, first fired.” Quoted in the 2019 Amnesty report, Chief Marvin Yahey explained that “after everything is in play, they invite the First Nations in for the shovel jobs, the grunt jobs.”

Those jobs can quickly disappear, as last year showed dramatically. A pandemic-related drop in oil and gas demand resulted in the industry laying off 107,000 people in the U.S. Though there don’t appear to be statistics about the number of Indigenous people affected, the loss of revenues, estimated globally at $1.8 trillion, has fallen hard on some tribal communities.

The economic volatility of oil and gas, combined with the climate-altering gases it releases, is motivating some Indigenous peoples to create more stable and sustainable industries. Ikaika Hussey is leading an effort in Hawaii to build a plant that sucks carbon dioxide out of the air and then turns it into jet fuel, a process some scientists see as part of the solution to the airline industry’s large climate impact. “Hawaii is completely dependent on long-haul aviation,” said Hussey, a native Hawaiian businessperson and labor organizer.

His plan is to employ workers who have experience in the state’s oil refinery. “Some parts of the process are identical to what workers currently engage with,” he said. Hiring native Hawaiians is a priority, he explained, because “we founded these islands thousands of years ago and we should play a key role in establishing our new future.”

Similar arguments are now being made in the Navajo Nation, where a major coal plant closed last December, costing 500 jobs and $40 million in annual tax revenues. The Indigenous-owned clean energy company Navajo Power believes there is huge potential to replace coal generation with solar. But of the 10 gigawatts of capacity it believes is possible in the Navajo Nation, only a small fraction, 55 megawatts, or less than 1 percent, has so far been built.

Local leaders are hopeful that President Joe Biden’s appointment of Deb Haaland to lead the Department of the Interior, the first Indigenous woman ever to hold the position, will result in  more opportunities for renewable projects and the jobs that come with them. The administration is also promising more than $1 billion in tribal housing assistance as part of its COVID recovery packages.

But that will have to be accompanied by legal changes to unlock the vast potential for clean energy on tribal territories, which experts forecast could one day provide 6.5 percent of all U.S. renewable capacity. “Rules for tribal land held in trust by the federal government slow energy development, and federal law currently restricts tribes’ ability to fully monetize production and investment tax credits,” argues Margaret Tallmadge, a clean energy analyst and citizen of the Cherokee Nation.

There’s huge opportunity in Canada too, where the group Indigenous Clean Energy estimates there are nearly 200 medium-to-large-scale renewables projects with Indigenous involvement operating or being built. But policies to accelerate that shift, which people like Laboucan-Massimo say must include the voices of communities from the very start and give them real ownership of projects operating on their territories, are lacking.

Benson sees the transition away from fossil fuels as a way to restore some of the sovereignty that was taken away by centuries of colonial rule, including a system of residential schools forcibly separating First Nations children from their families that only shut down for good in 1996, which the Truth and Reconciliation Commission has deemed “cultural genocide.”

“We always try to do an approach based on the knowledge of that trauma,” Benson said of the solar training Gridworks does in Indigenous communities. “There’s usually ceremony first, and then with the permission of the elders we proceed… It’s important for the community to lead. We’re not the experts in the community; we’re just passing on knowledge.”

This story is part of Covering Climate Now, a global journalism collaboration strengthening coverage of the climate story.

Have a story for Tipping Point? Email TippingPoint@vice.com