Some of us may have been tucked safely inside during lockdown, but that does not mean the climate crisis has gone away (just look at the record wildfires, record storms, and record ice loss in 2020). Since the pandemic put the world on pause, youth climate activists have been gathering online.

By projecting visuals of nature over the digital portraits of 21 youth climate activists from around the world, Mexican photojournalist and climate activist Pamela Elizarraras Acitores, or Pamela EA, 23, conveys what this past year has looked like for them: a confinement to their screens where they have been networking, organizing, and learning—mostly online.

Each portrait has been paired with an environmental image that connects with the organizer’s work. Daniela Balaguera, for example, an environmental defender of La Sierra Nevada de Santa Marta mountain range in Colombia, asked to be represented with a forest image. Finlay Pringle, a shark ambassador in Ullapool, Scotland, wanted his photograph surrounded by water.

Pamela EA spoke with the activists to find out how living through a pandemic has shifted their activism, what they want to see achieved in November at the UN climate change conference COP26, as well as their hopes and fears for the future.

“Despite our grief, we are still optimistic. Our voices are more powerful than before,” she said. “The words the youth shared with me for this project reflect their optimism and agency. We need more of that at this moment.”

Interviews have been edited for length and clarity. Digital portraits were taken over Zoom calls in December 2020 and January 2021 on Pamela EA’s MacBook Pro. 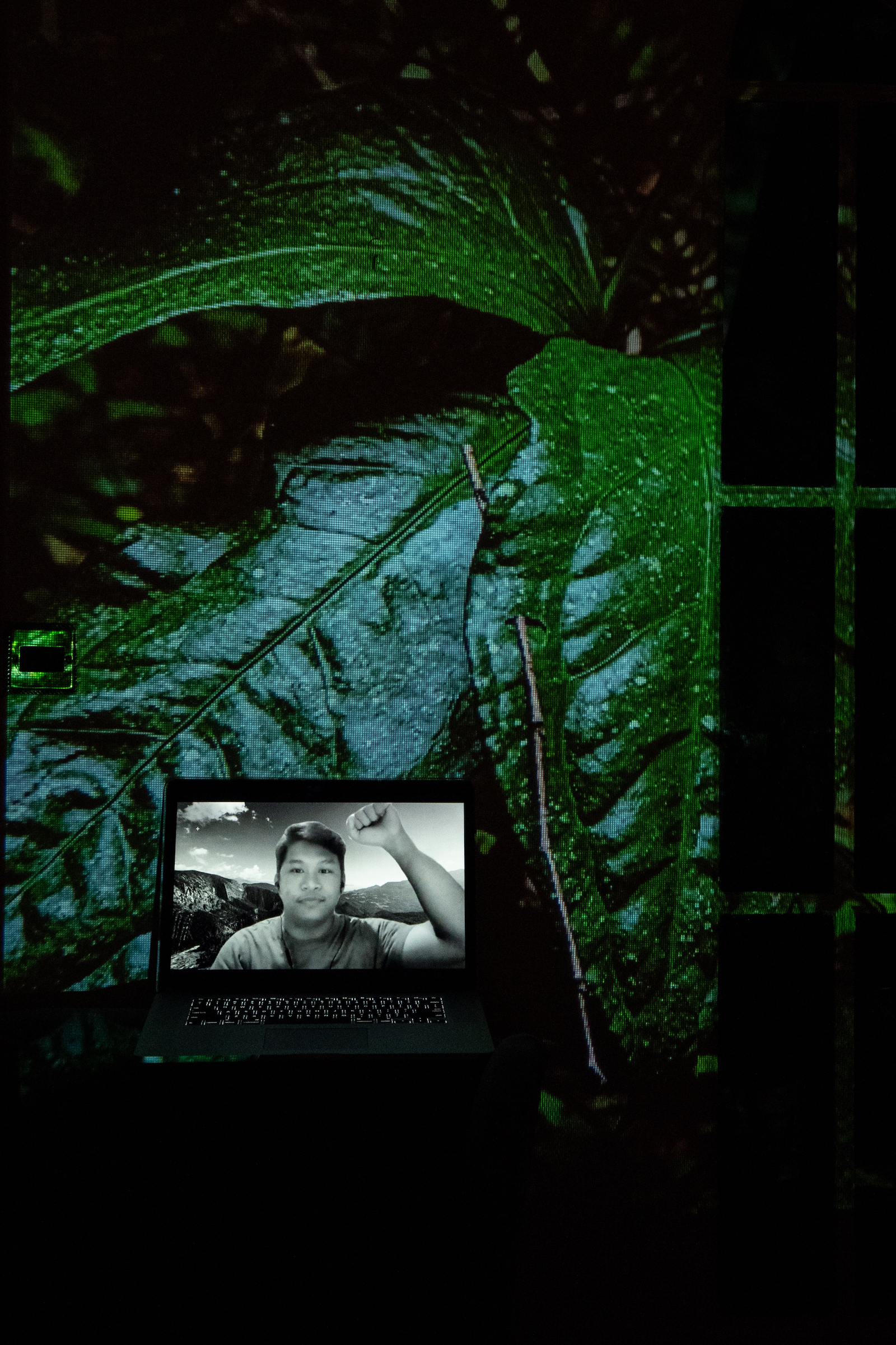 It is difficult to be a climate activist in the Philippines. Numerous typhoons are ravishing us in the middle of a pandemic. The government is attacking activists. People are getting killed for fighting for climate justice. We don’t have any international coverage. We in the Global South don’t have the visibility white people have. 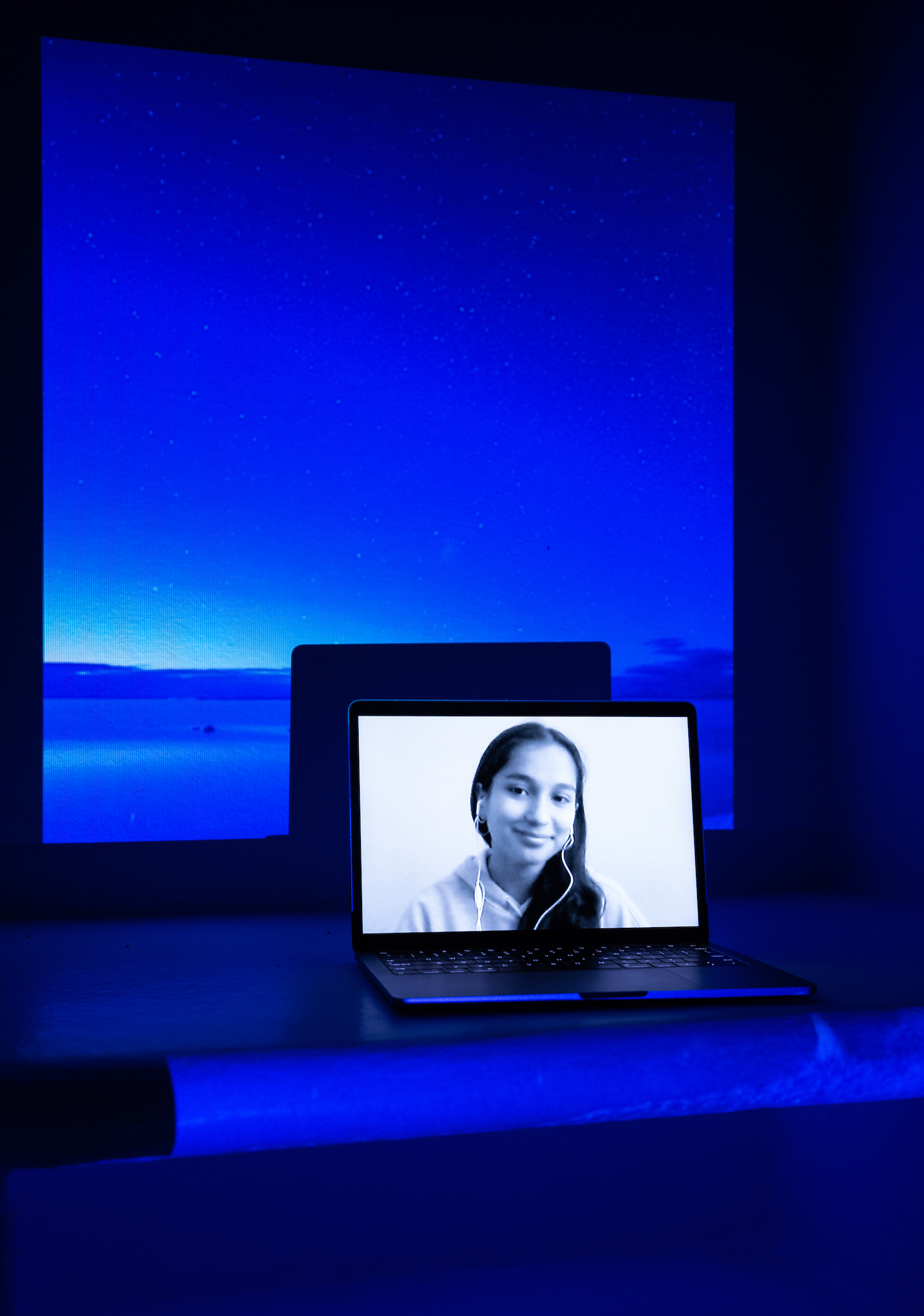 It is not true that young people are not interested in anything. We are here, we are interested, and we want to change things. Change needs to happen now because by the time we are old enough to be in a position to make decisions, it will be too late. 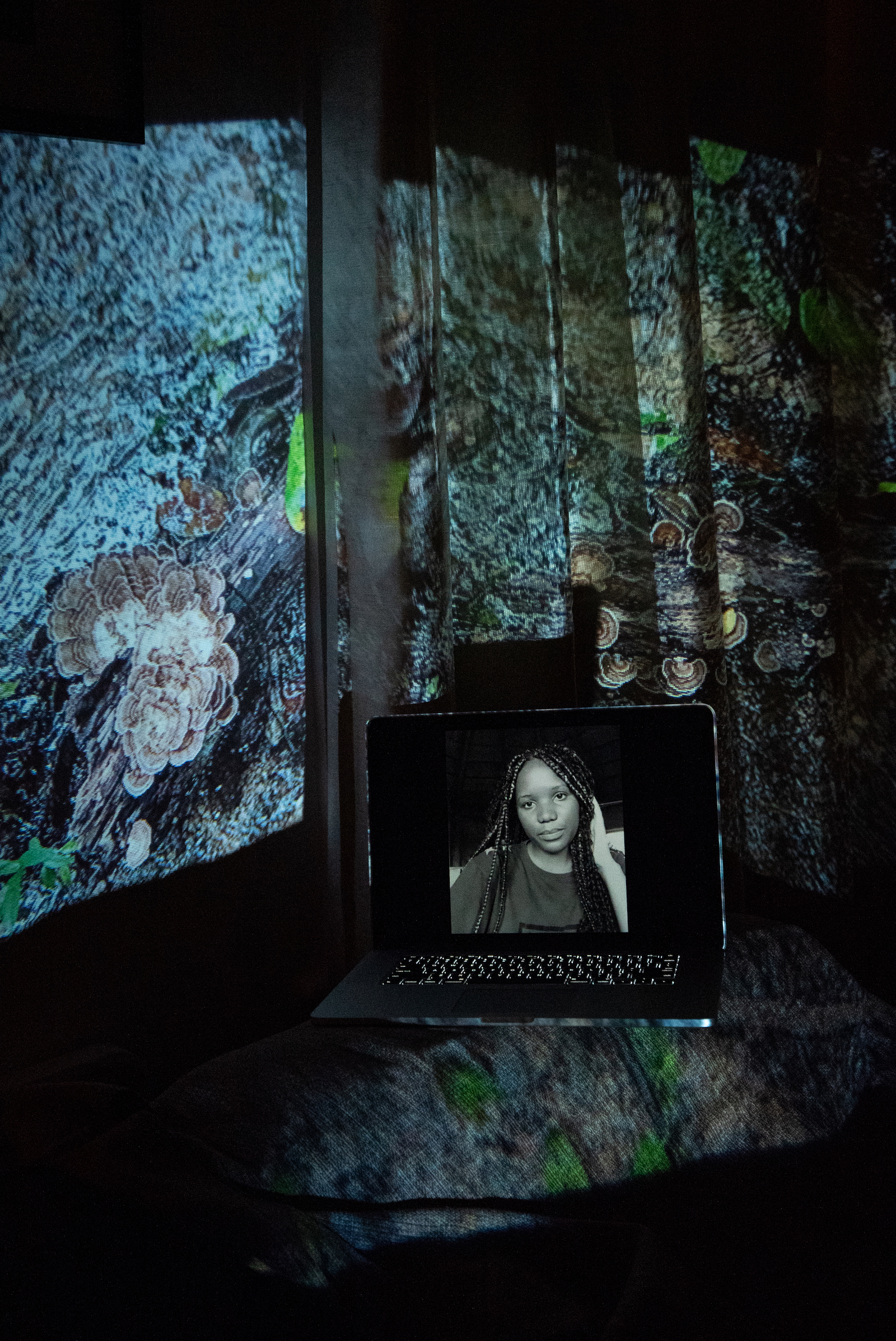 As a Black woman, racism is nothing new to my life. But after the death of George Floyd, it has definitely been easier to start up conversations about racism and incorporate them into my activism. Climate change and racial injustices are deeply intertwined. 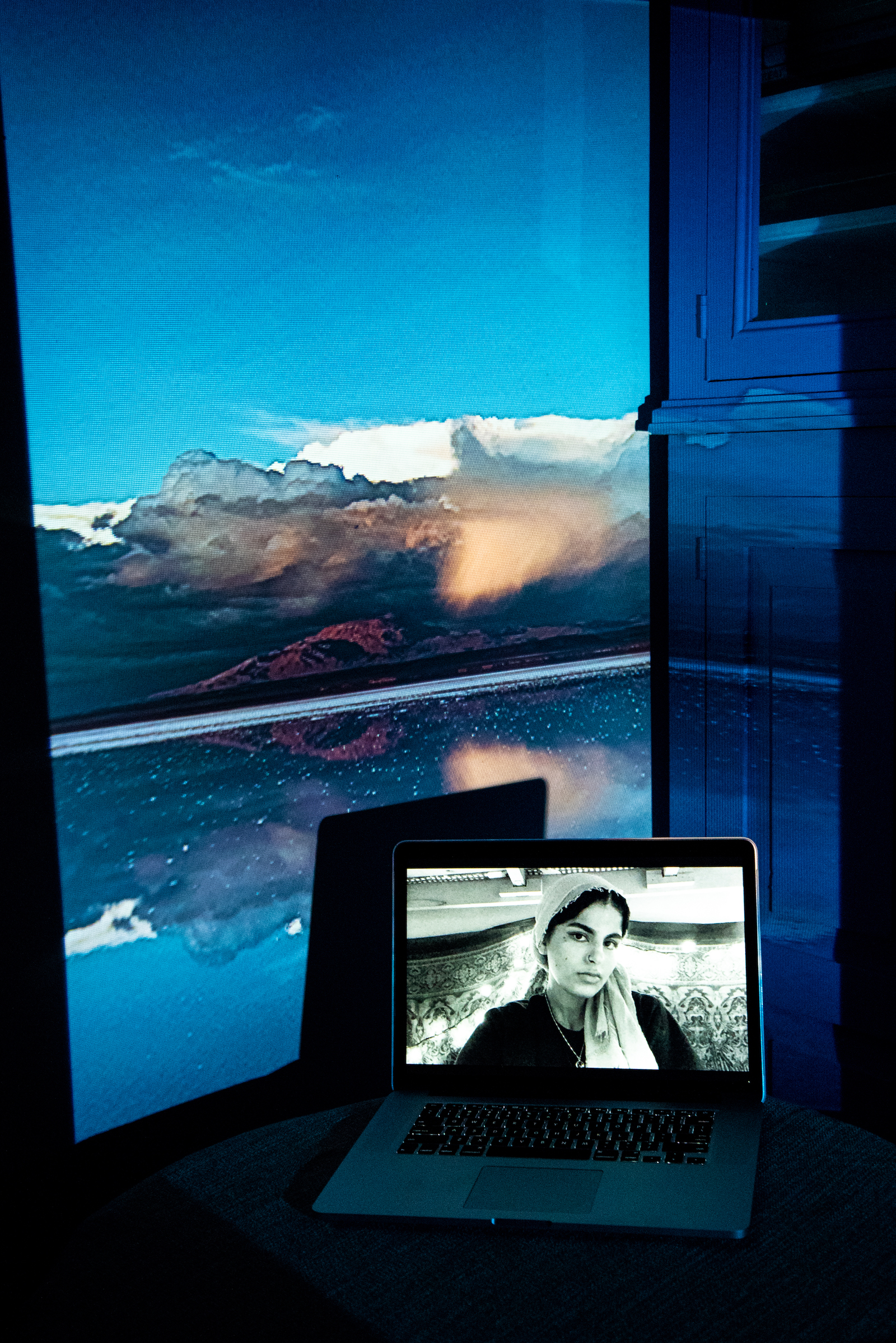 It’s unfortunate that it took an innocent man being choked to death and then years of frustration to build and burst open for white and apolitical Americans to realize that this country is built upon police violence. In New York, protest was revived and I saw solidarity—community—more than ever before. 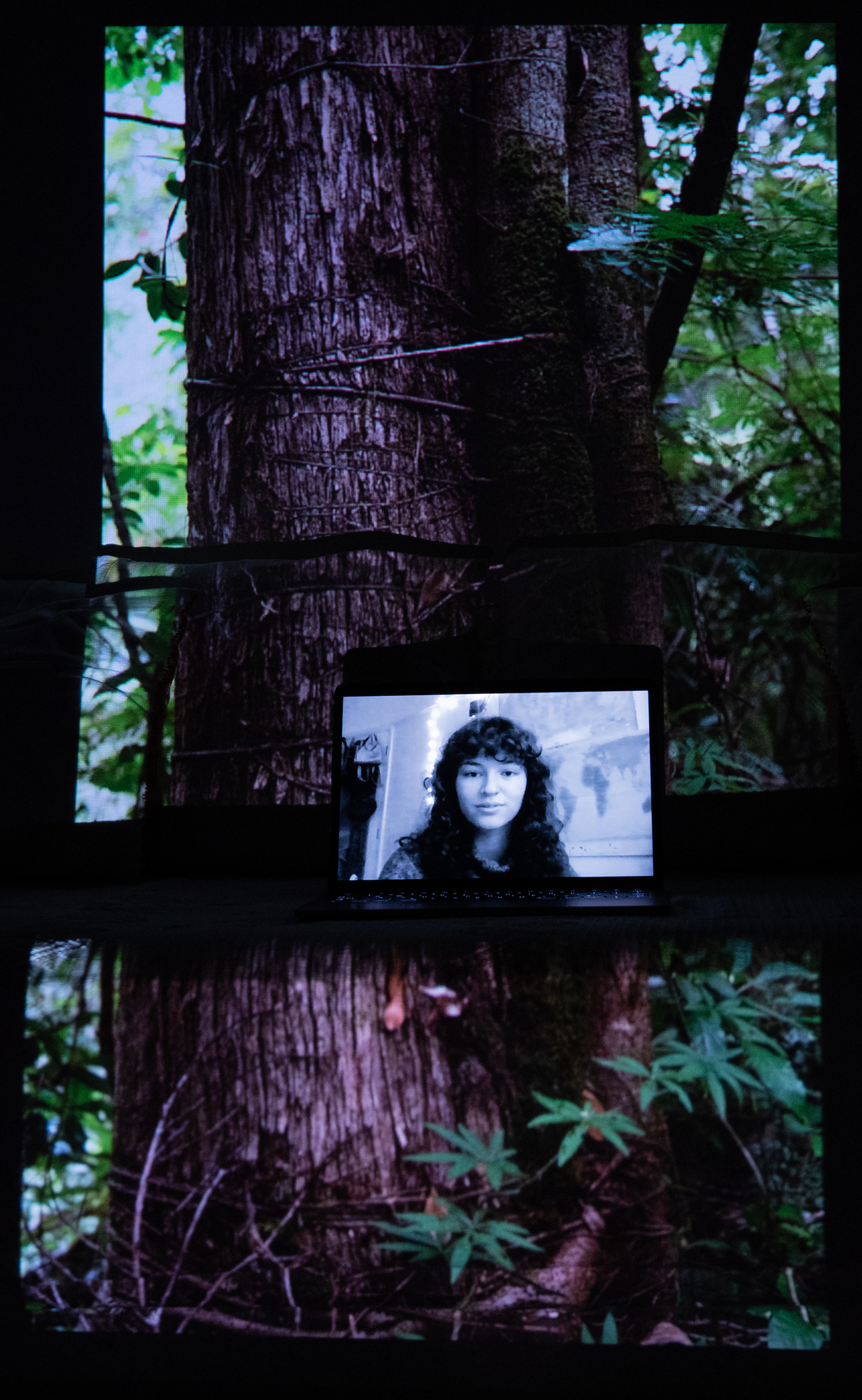 Black Lives Matter definitely caused a shift within the global climate justice movement and therefore impacted everyone’s activism, even if just by helping to shift the narrative and exposing much of the work that still needs doing. 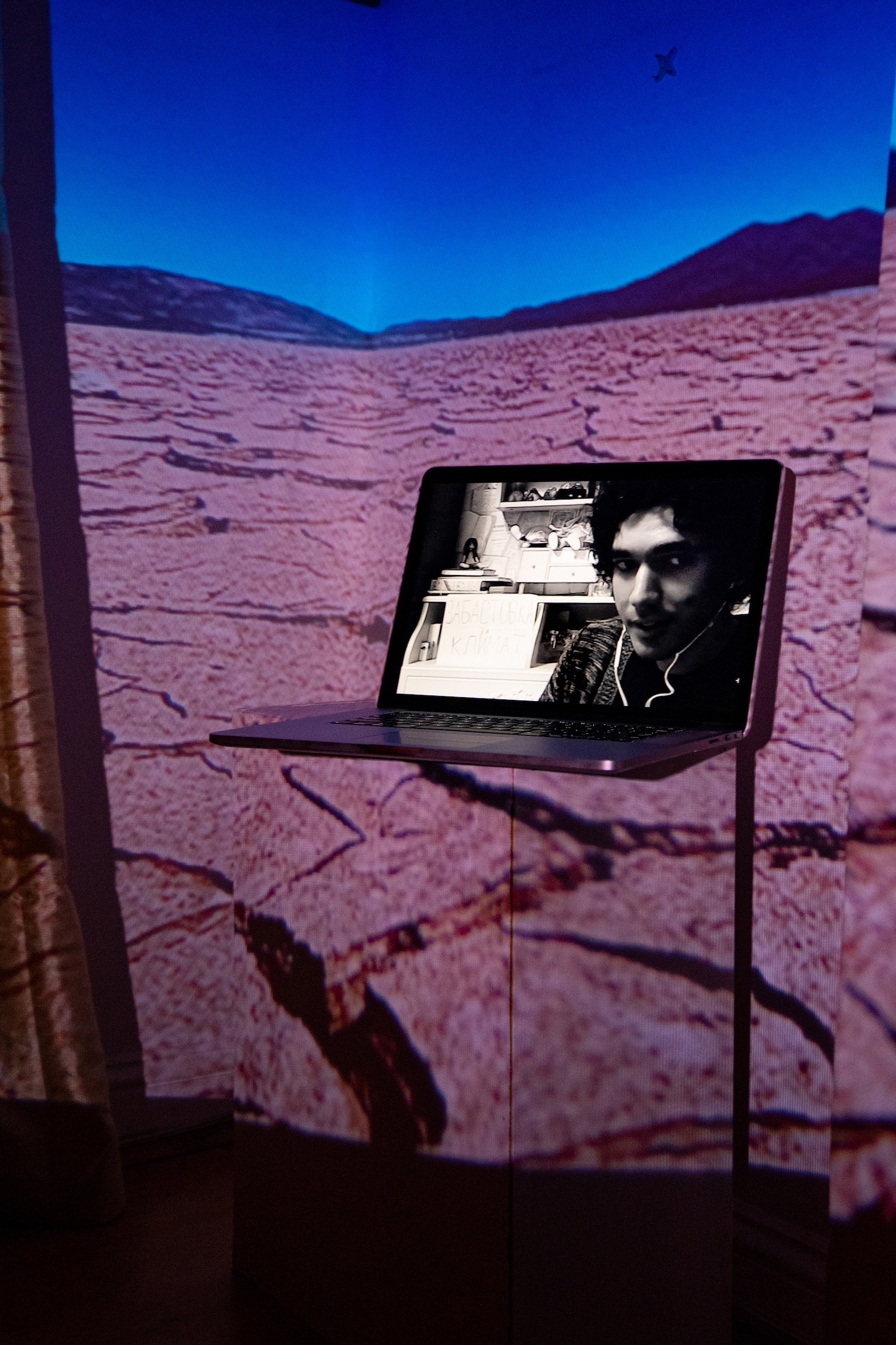 Now it’s more dangerous to protest in Russia. Before the pandemic it was more fun—we could organize strikes. Now we can’t because of the new laws. And it’s lonely again. 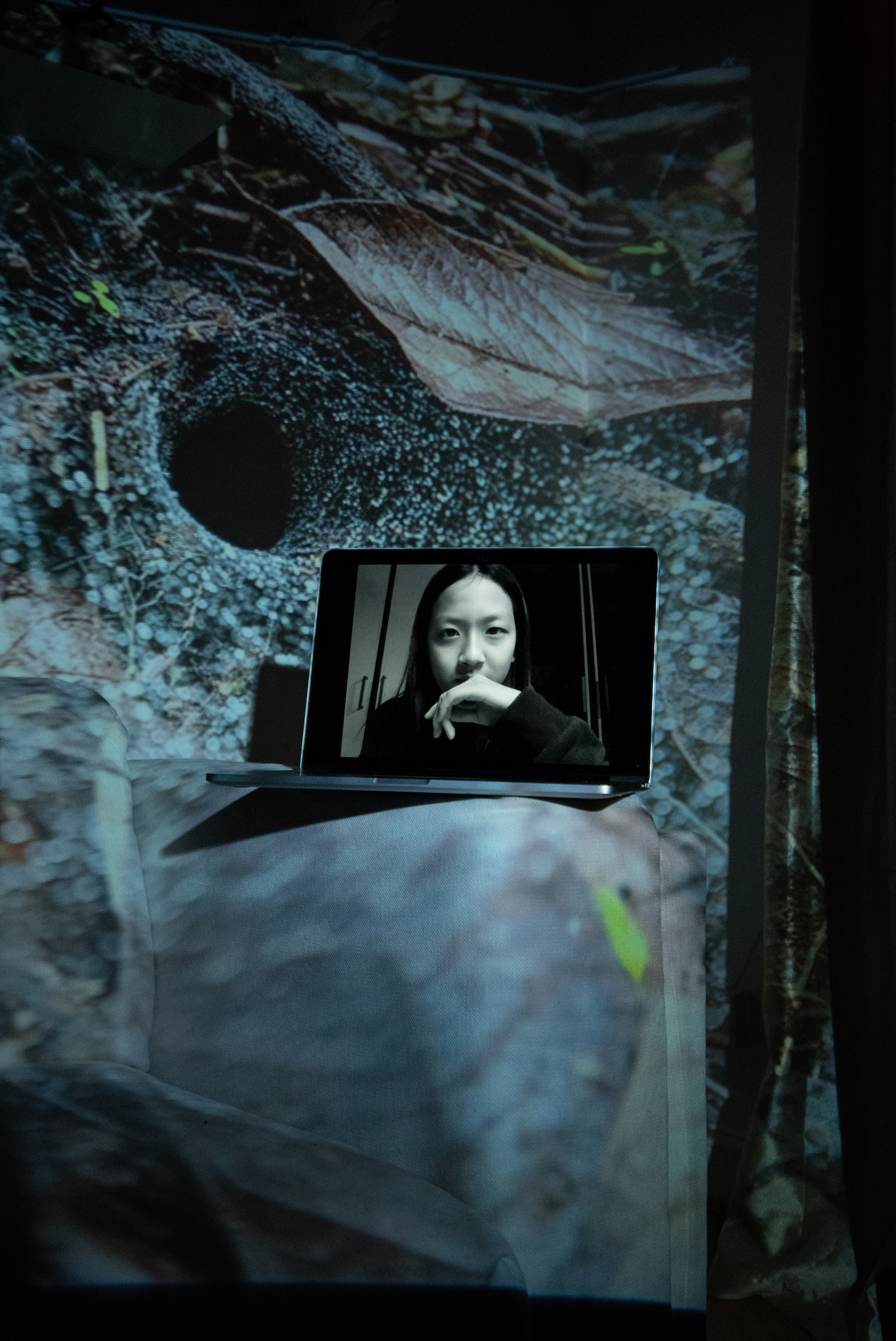 I fear that when the pandemic is finally over, activists will just go back to acting locally and forget about the projects we did internationally. 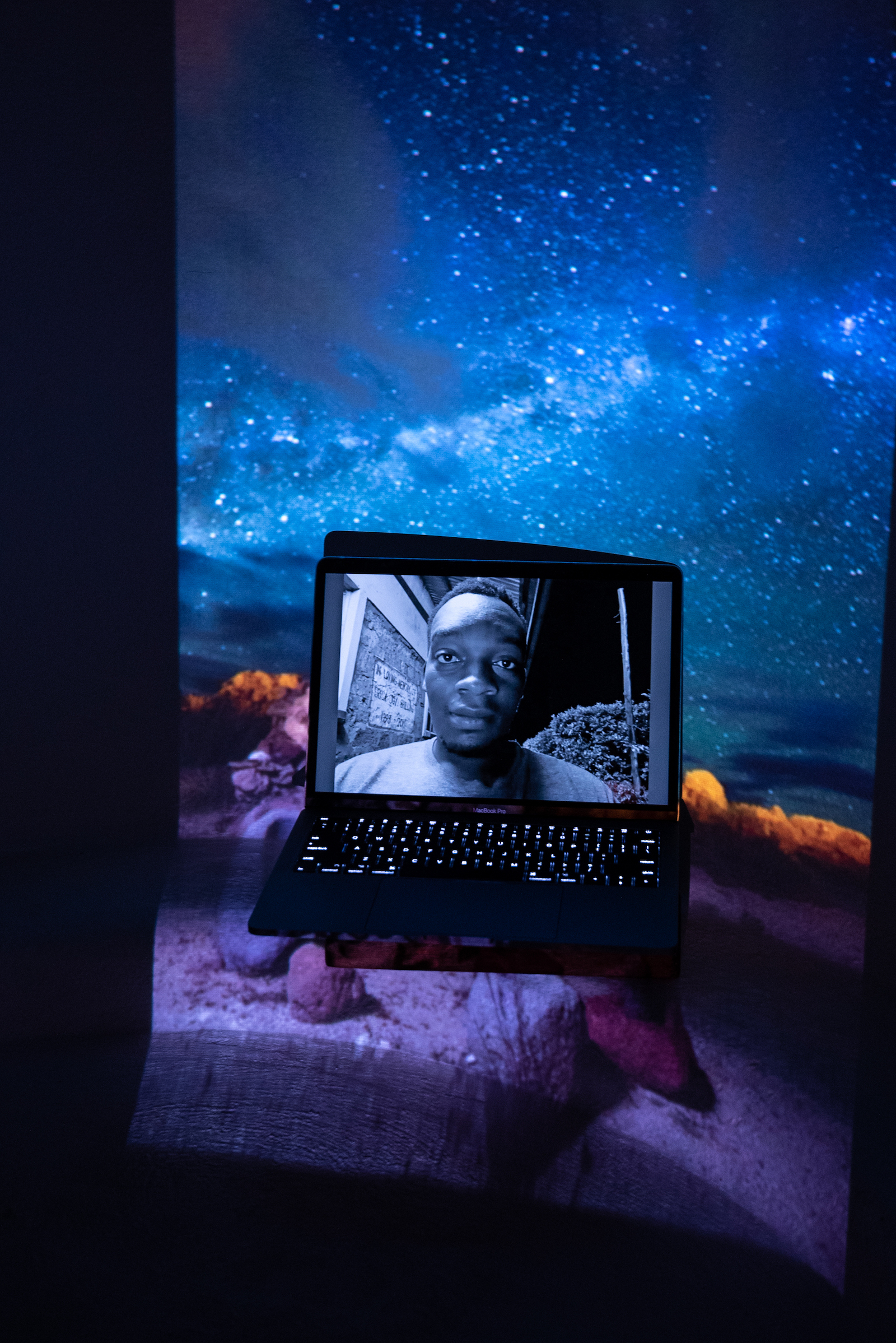 I hope to see our world leaders and policymakers listen to young activists because they’re the ones who usually strike on the streets. 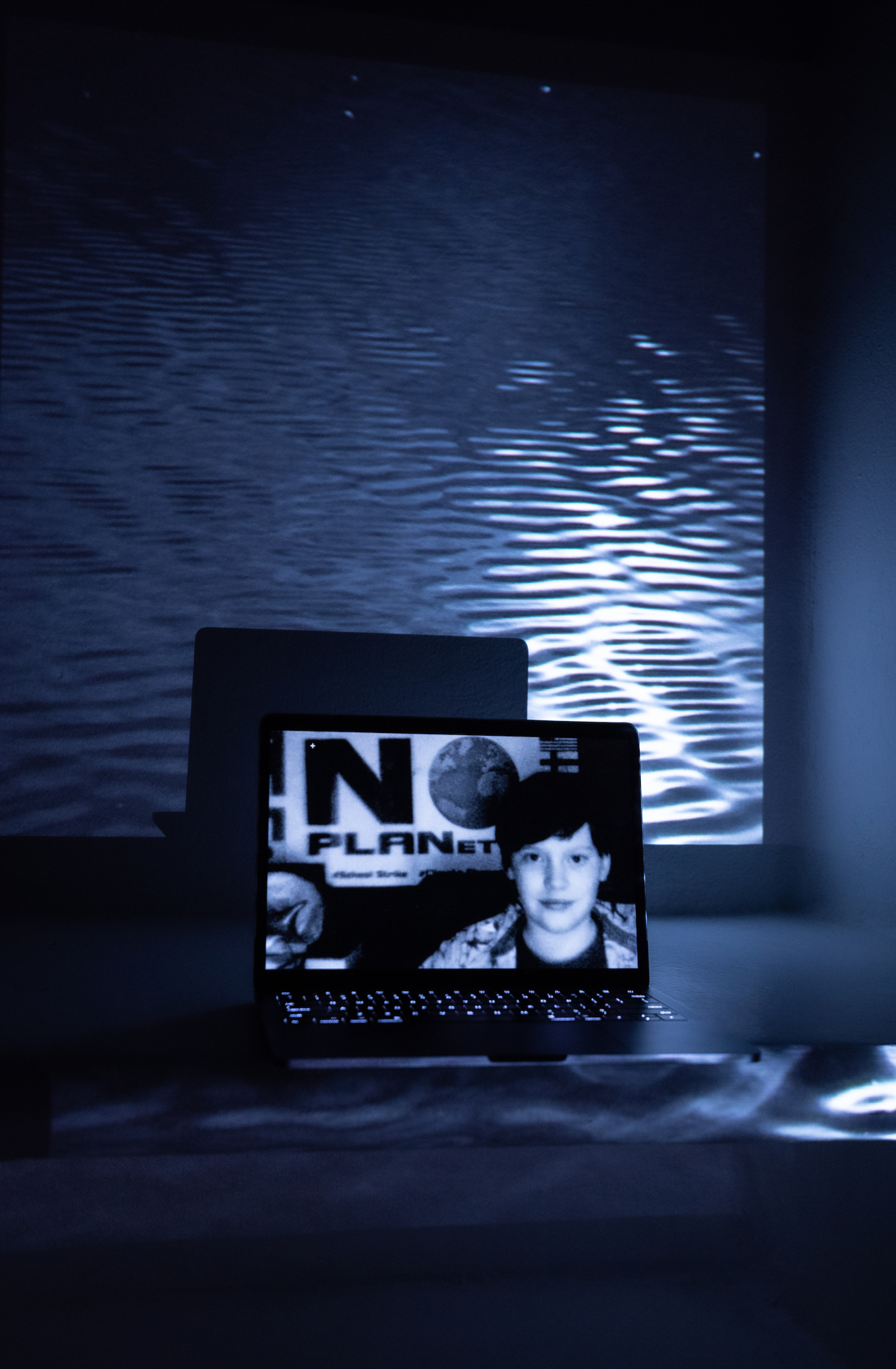 My biggest fear is that our governments don't act in the next 10 years, and we run out of time to protect our planet from the climate emergency. 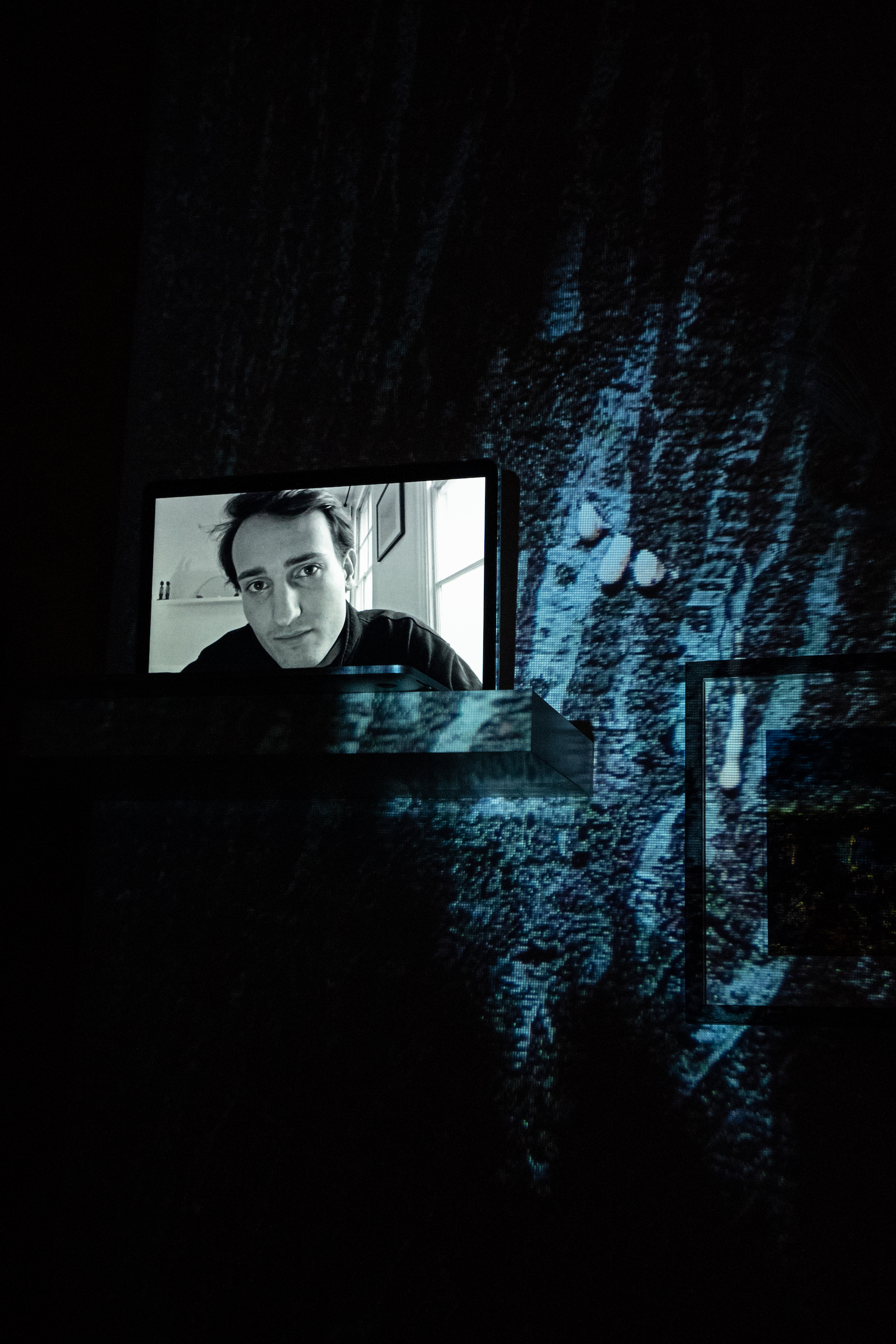 My fear is that inaction will lead to the predicted scenarios of global warming, which will exacerbate the injustices that are already present: hostile border restrictions against climate refugees, environmental racism, food insecurity, income inequality, and increased frequency of pandemics, among other injustice. 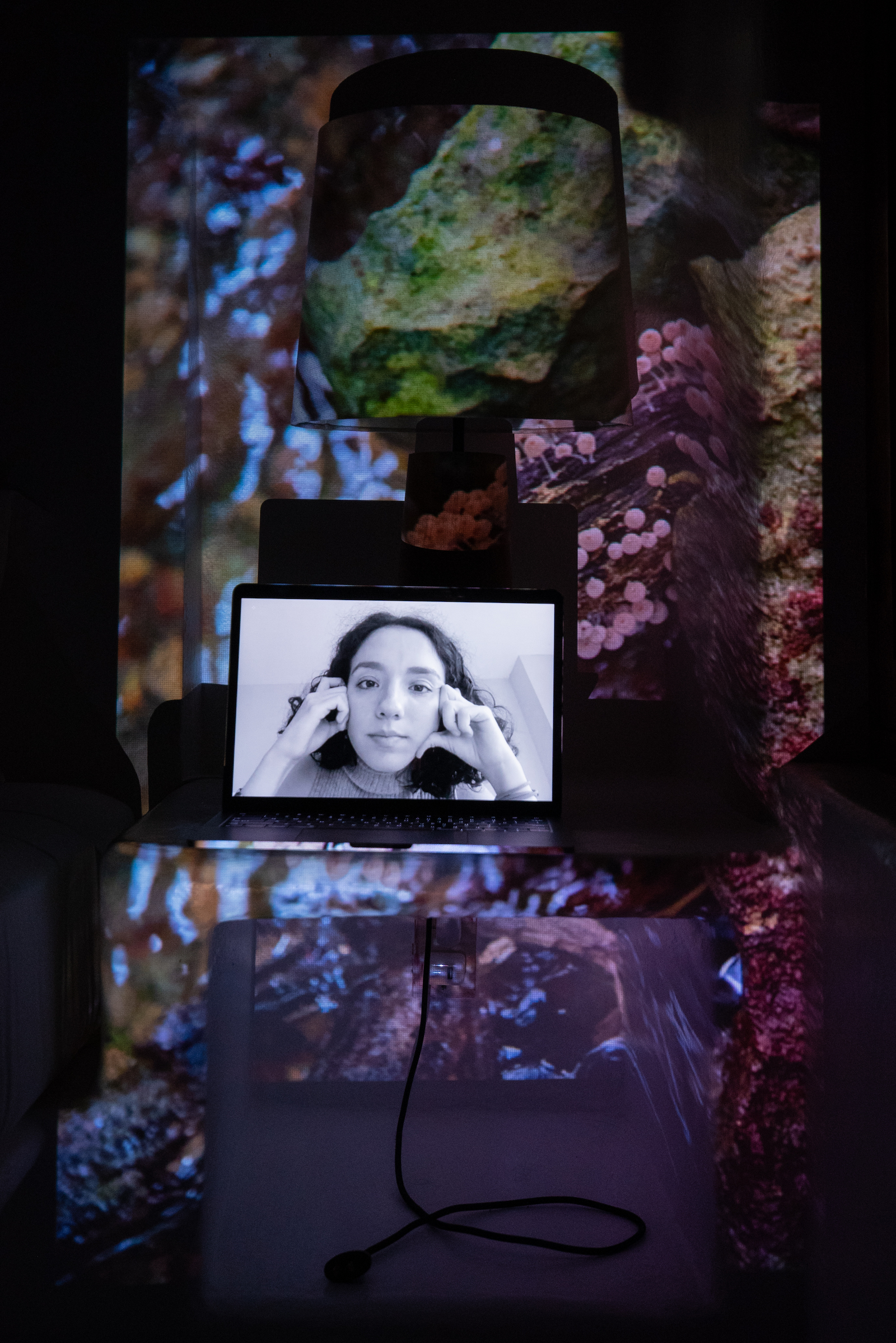 I sometimes fear the possibility that governments keep ignoring us and that our work as activists becomes useless. 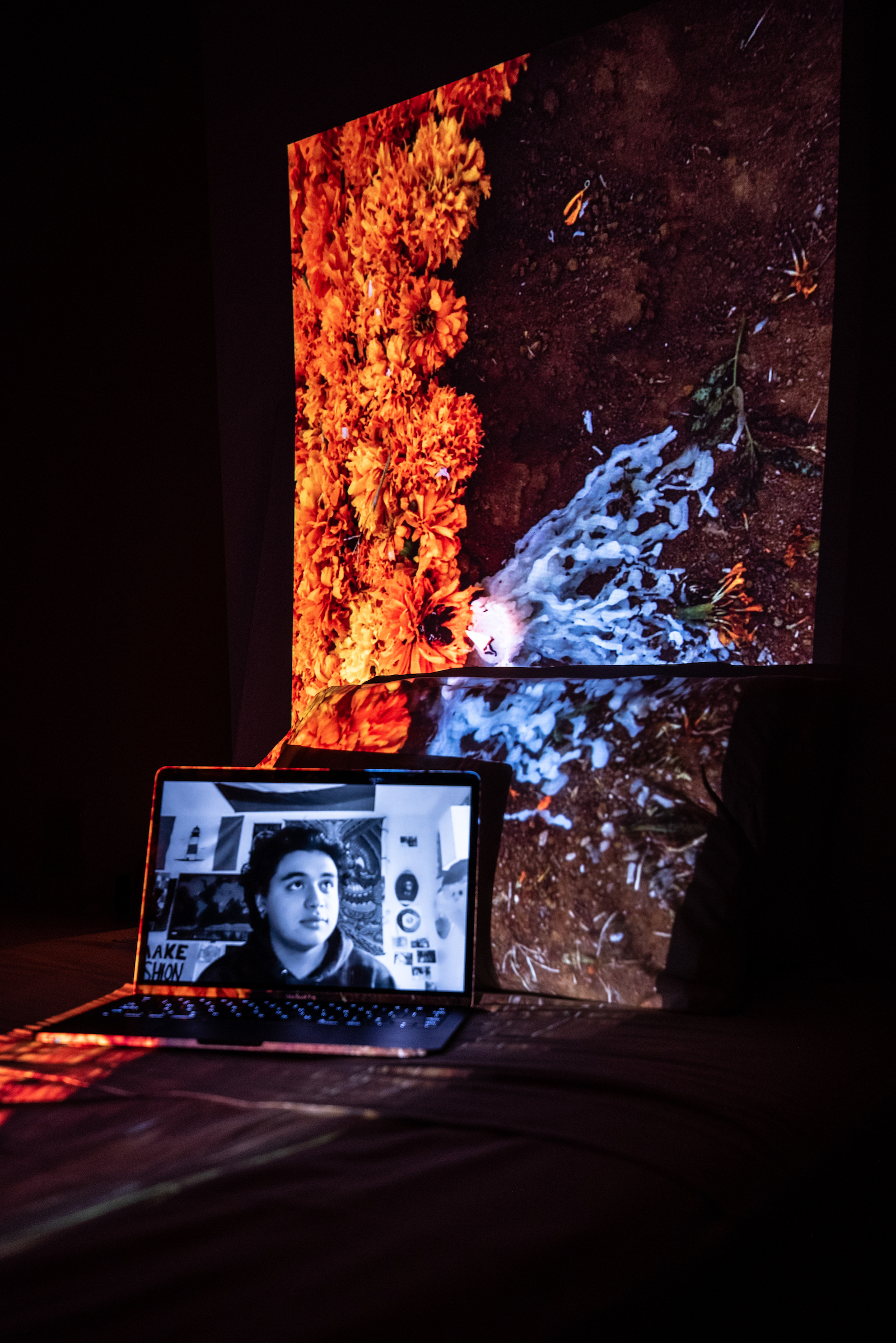 I have become more intentional about everything I do. Activism not only has to be big and captivating but also have a larger purpose or goal. If not we will never get anywhere. We need to stop the cloutavism culture that centres a few activists and leaves everyone else behind. 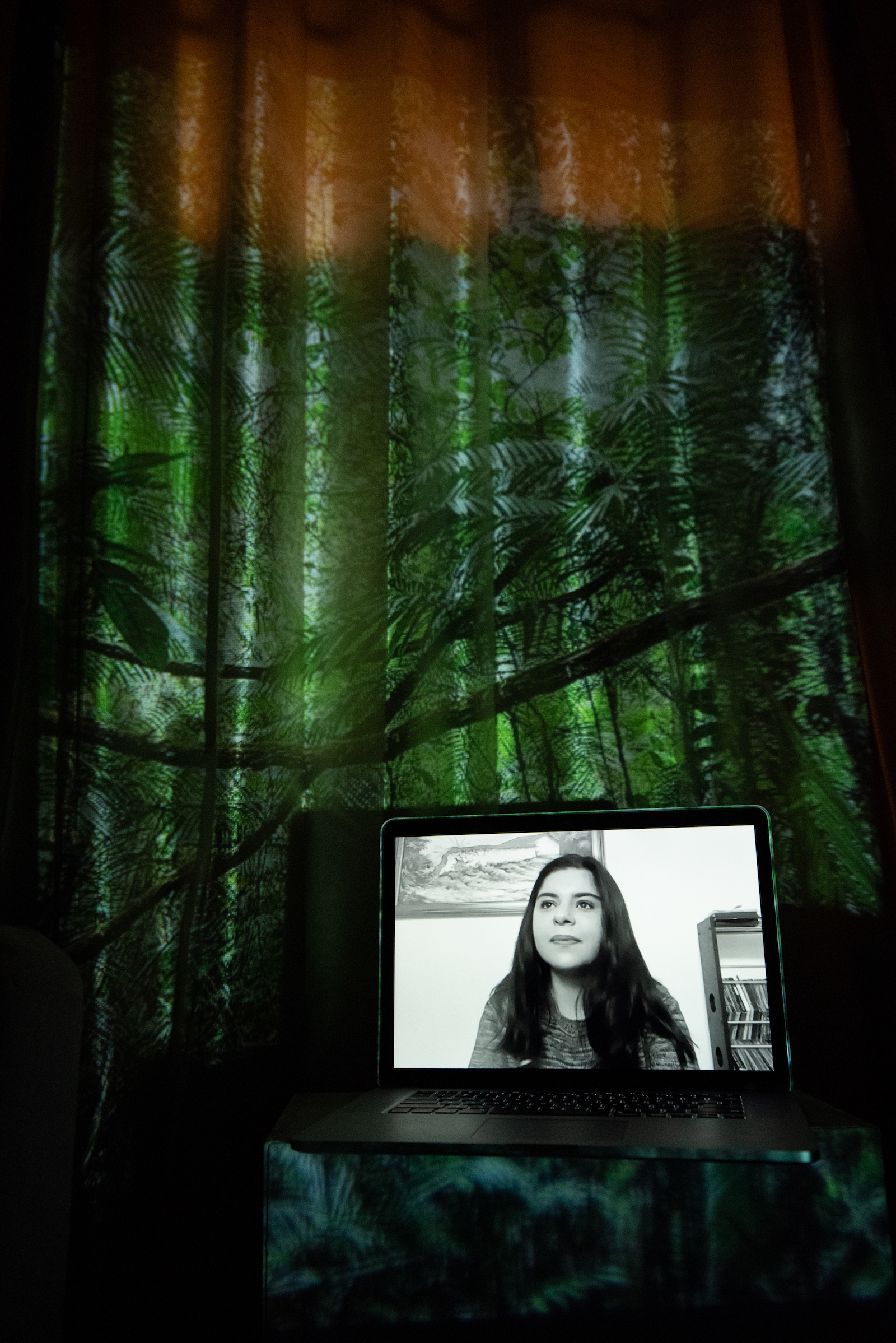 Social and climate justice will not be achieved if we have the same people being amplified in international media. 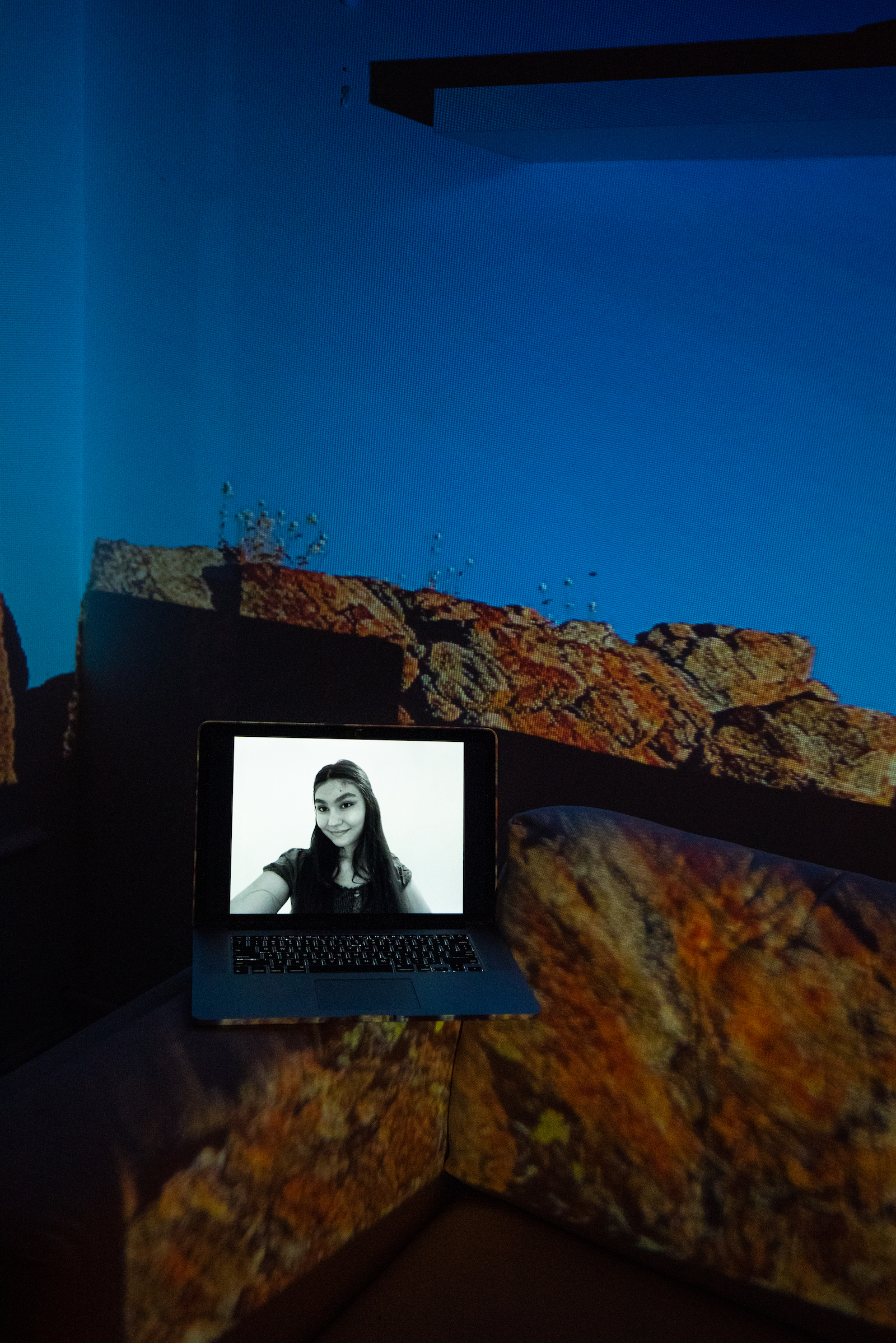 Previous COP climate talks have failed in many aspects and I fear this year’s COP26 will be no different. Individual actions are important but system change is the path to a healthy and prosperous future. 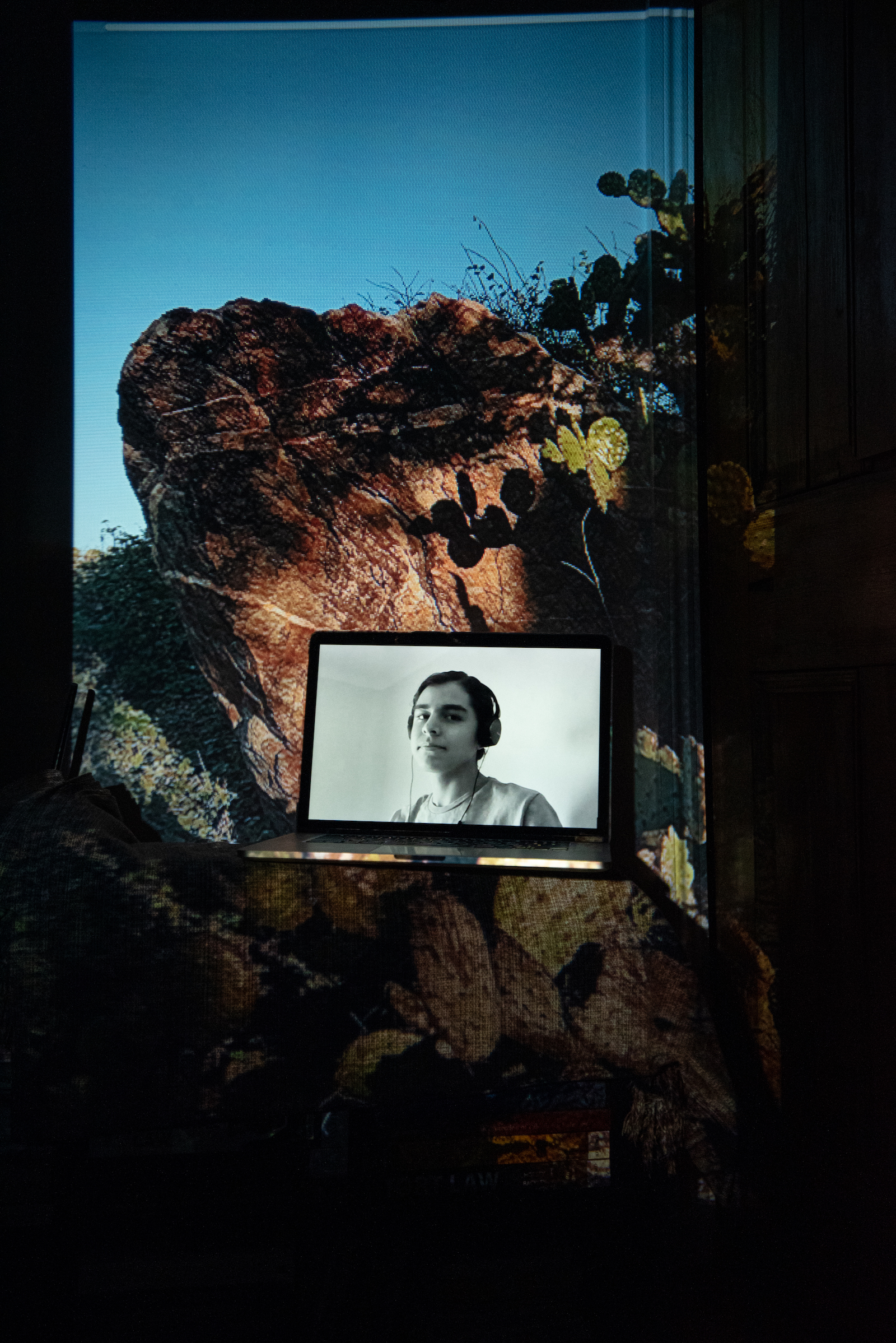 I hope that by seeing all the mobilizing the youth around the world are doing, COP organizers understand that we don’t need three doctorates in climate mitigation to be worthy of having an impact on decisions that will affect our future. Youth participation is fundamental for fighting climate change. 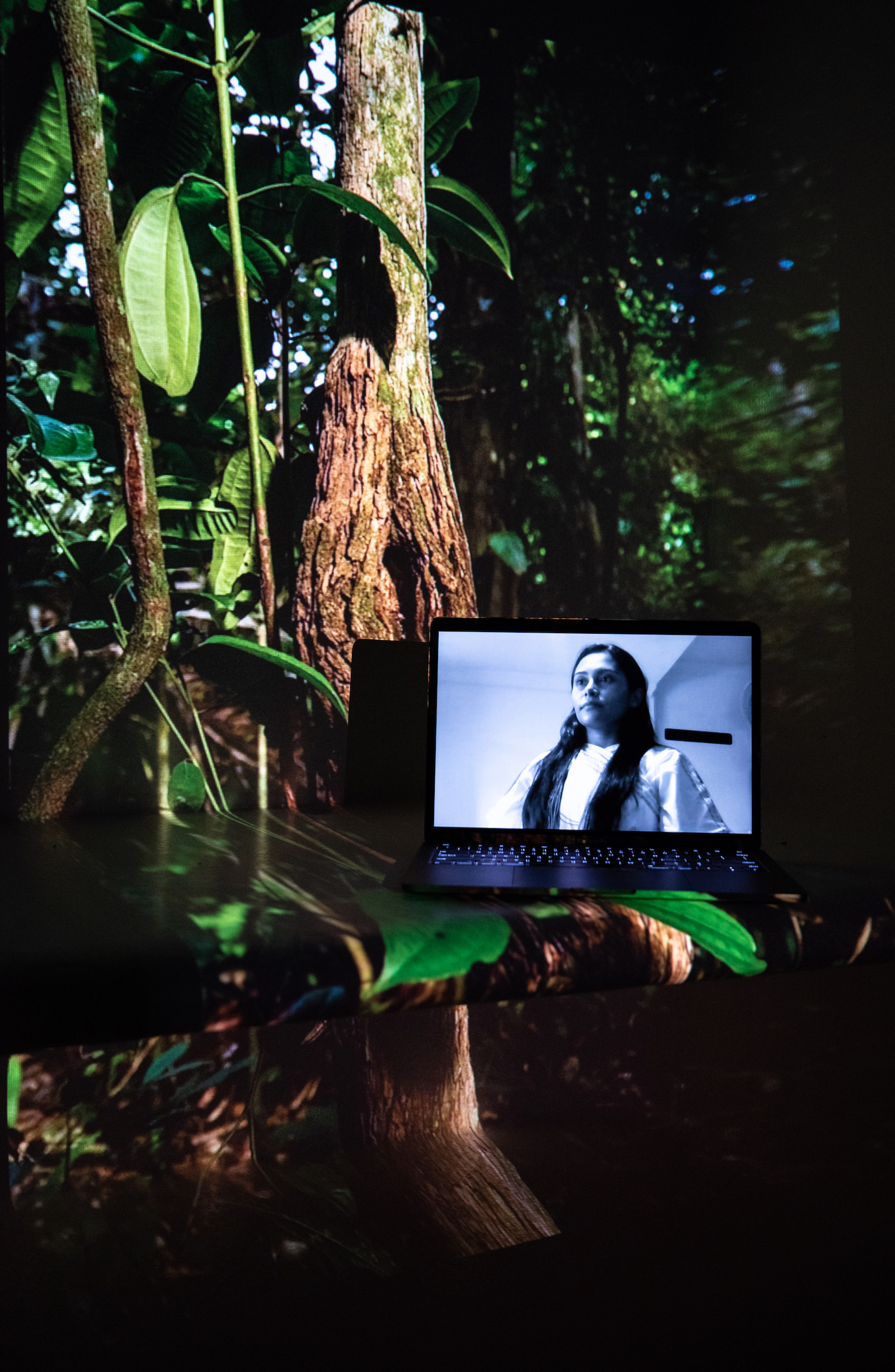 There is a lot of discussion on who is privileged enough and appropriate to speak at these conferences. That person needs to be able to speak a foreign language fluently, which is a huge limitation; it’s a barrier that limits many people with genuine knowledge of the climate justice crisis. 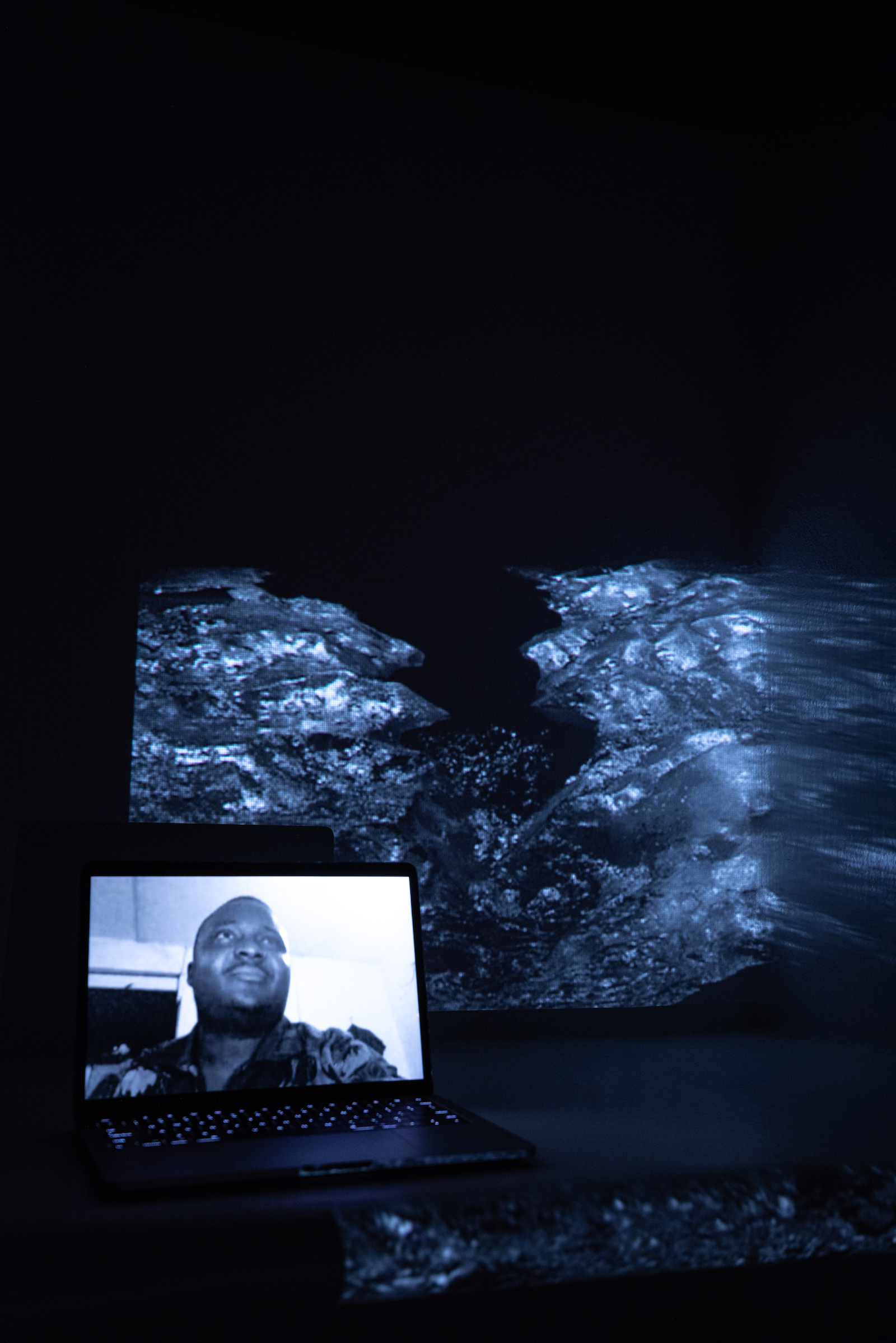 This upcoming COP, I am hoping there will be more solution-driven talks within world leaders and more commitments from them. We already have the solutions to climate change, but it is on them to implement these solutions. 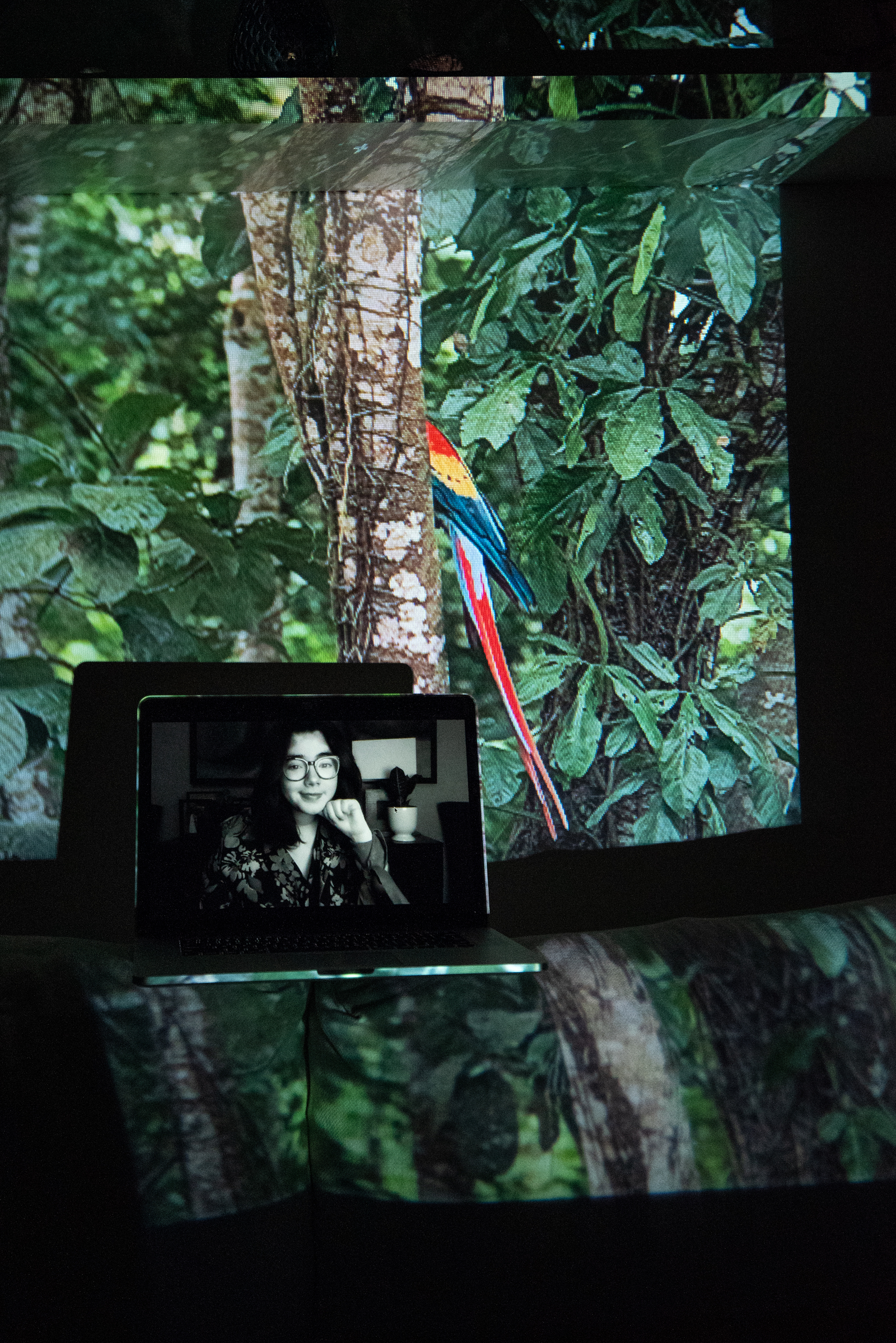 My hope is for youth activists to finally have a place at the table and directly influence climate policy in all levels of government. 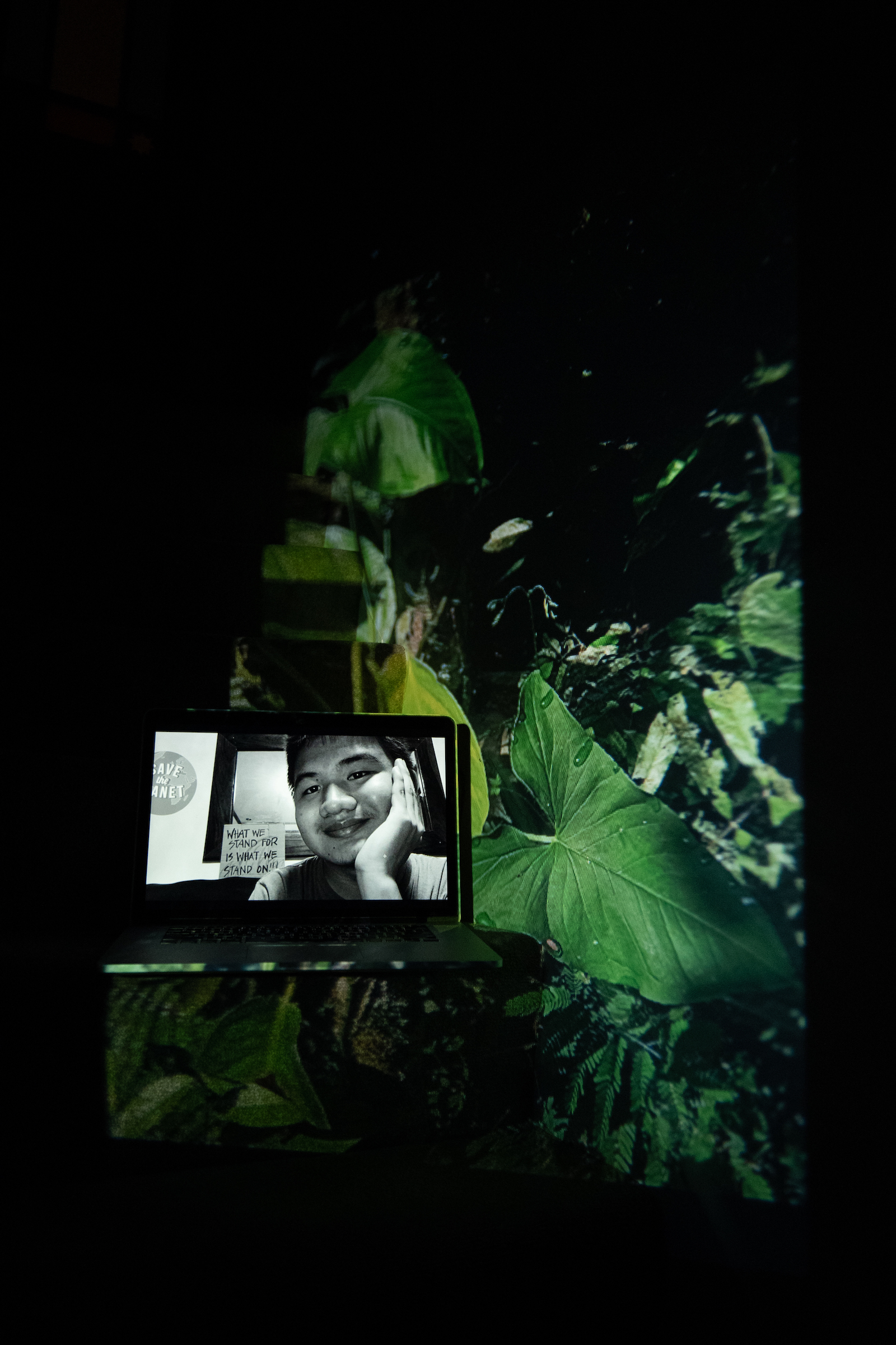 My hope is for a world where people would be more critical of themselves and their decisions, of their friends and family, of their leaders, of their government, of the world around them. Change starts when we start challenging the status quo. 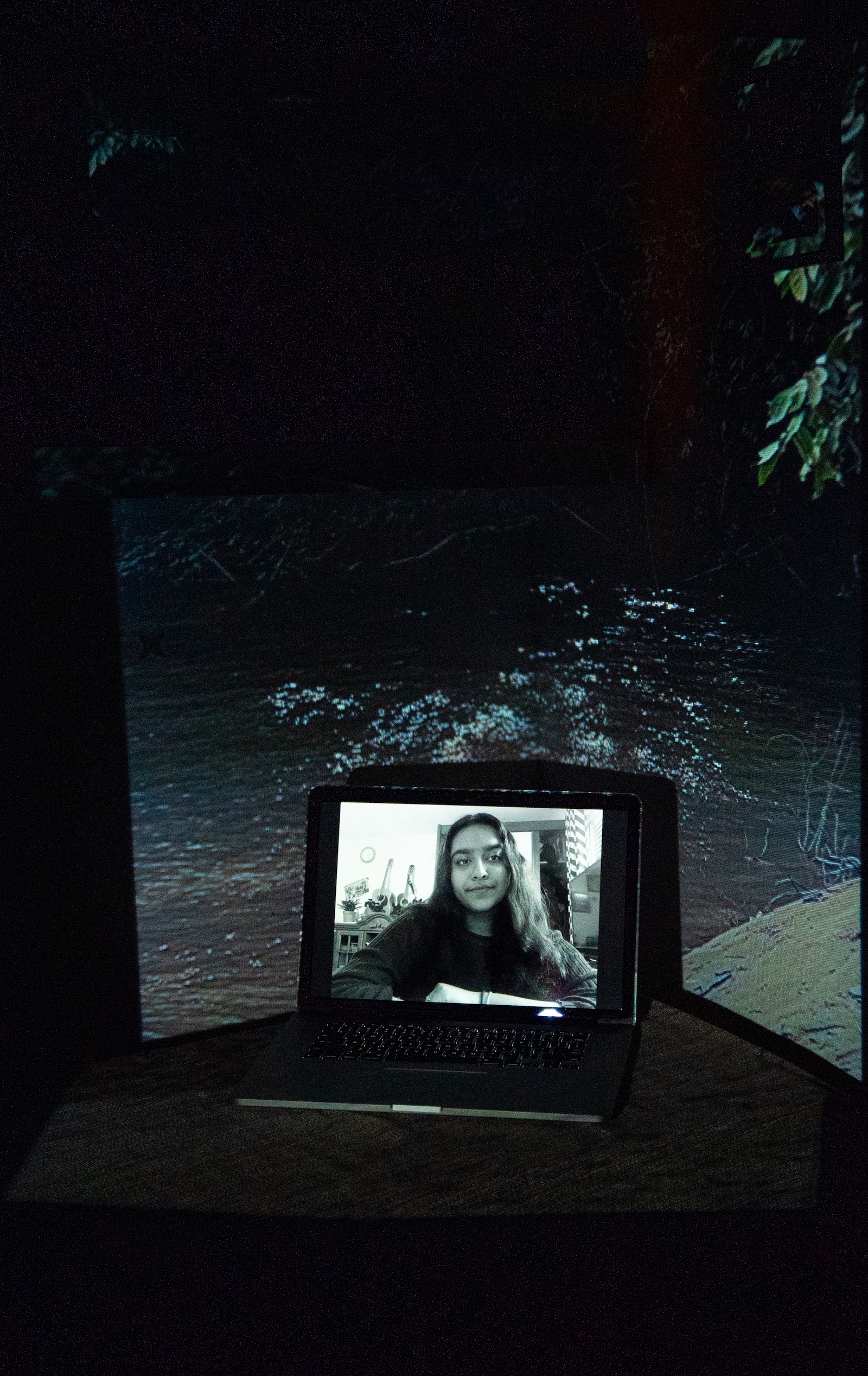 Climate activists from my home country, Indigenous women who have always fought, Dalit women and South Asian women who continue to fight… They push me to continue my work regardless of whether I see the fruit of my work in my lifetime or not. 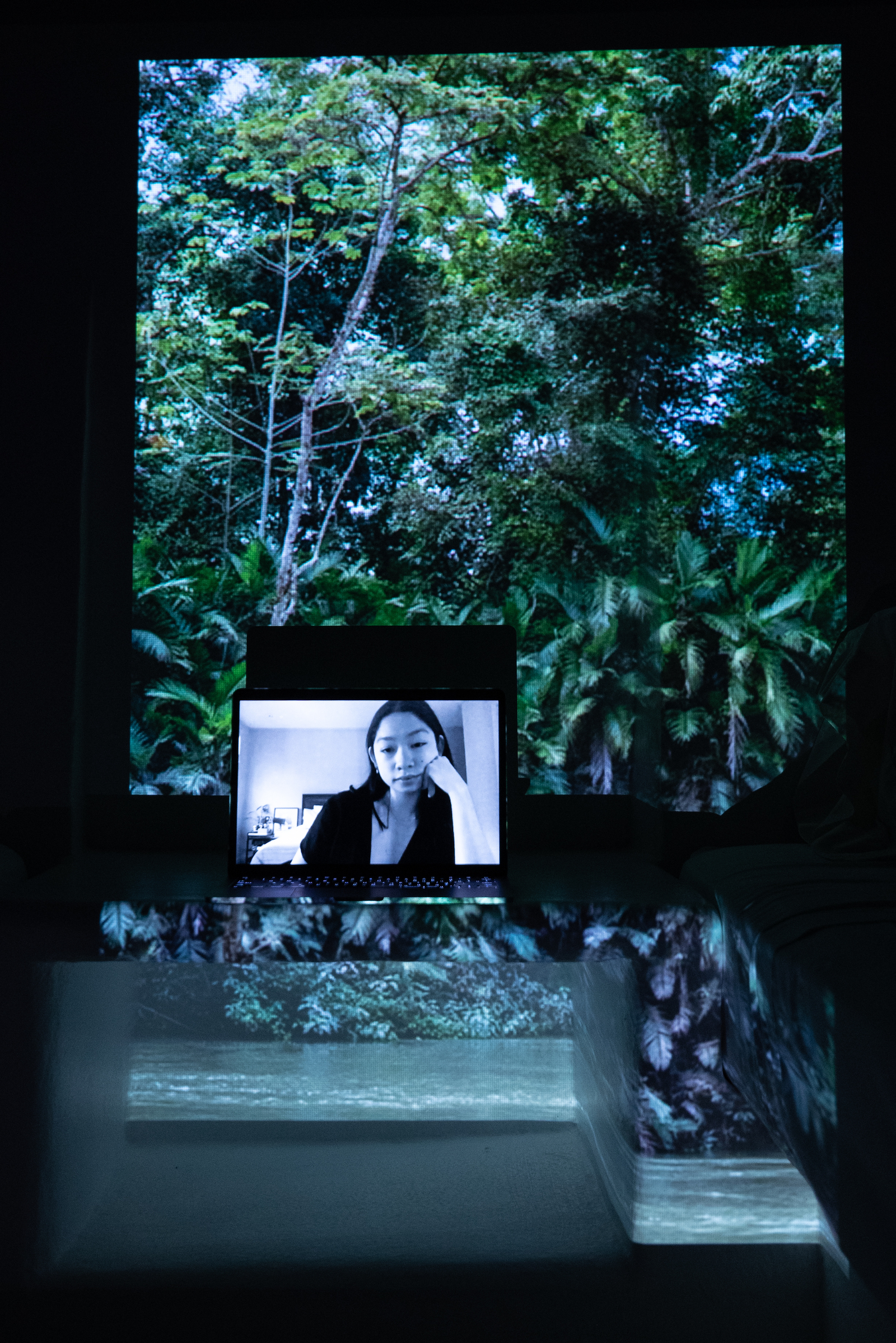 I hope that individuals will start to see how inextricable nature and society are from one another, and that we can’t take care of one without taking care of the other.

This story is part of Covering Climate Now, a global journalism collaboration strengthening coverage of the climate story.

Have a story for Tipping Point? Email TippingPoint@vice.com