Last month, Dave Bidini, founder and editor-in-chief of the West End Phoenix, was checking in with one of the Toronto community newspaper’s donor supporters when he got the question: “Have you heard of Bitcoin?”

It was a question that became a proposition that ended with the reader- and donor-supported paper receiving one bitcoin, a unit of cryptocurrency currently worth a little under $70,000.

The anonymous donor said that rather than a traditional cash donation, he could gift the operation a bitcoin, the value of which can appreciate and thus potentially have a greater impact. The Bitcoin’s value more than doubles West End Phoenix’s previous highest donation.

“I had only really heard of Bitcoin in the context of people making fun of Bitcoin,” Bidini said. “When I tell people that this is happening, most people laugh cause it’s kind of ridiculous that a print paper has this cryptocurrency.”

Bidini is in the process of setting up West End Phoenix to accept Bitcoin, which signals new possibilities for the nonprofit paper. It had planned to run a fundraiser to pay for one staff reporter, but if the bitcoin’s value continues to increase, it could bring on two of them. “In 2021, you can run an independent news organization by non-traditional means,” Bidini said.

Bidini said he maintains healthy skepticism about Bitcoin, especially related to its environmental and energy impacts, but that given his paper’s fledgling size—it has a staff of 10 (three full-time, seven part-time) and 2,300 paying subscribers—the boost is welcome.

“It’s not like we leapt into this game to grow capital,” said Bidini of the four-year-old paper, which includes backers such as author Margaret Atwood and has featured columns from Rush’s Alex Lifeson. “We’re still at the level where any kind of donation or support is oxygen to us.”

Cryptocurrency has increasingly figured into charitable giving and nonprofit operations. In 2017, crypto philanthropy project Pineapple Fund distributed $55 million to various charities, and most major charities, nonprofits, and NGOs are now set up to accept Bitcoin, including UNICEF and Greenpeace. Startups like The Giving Block connect cryptocurrency donors with recipients, helping to widen the scope and positive prospects of Bitcoin.

Grayson Earle began installing bitcoin mining software on computers while attending grad school in 2010, when bitcoin first emerged. The intent wasn’t to get rich; rather, it stayed in his mind as something with “a lot of radical potential.” Seven years later, he and eight accomplices co-created Bail Bloc, a networked project that mines bitcoin to pay bail for incarcerated people in the United States, especially immigrants and people detained by U.S. Immigration and Customs Enforcement.

“In short, people can opt in to donating computing power to maintain a cryptocurrency blockchain, and receive a small amount of the currency in exchange,” Earle said. “Everyone running Bail Bloc is contributing some computing power to the task of maintaining the Monero blockchain, and the mining rewards are pooled and then exchanged for U.S. dollars and 100 percent of that is given to our partners.”

The project is both practical and ideological for Earle. “Beyond being a tool for fundraising, the idea was sharpened as a means of formulating an argument about the cash bail system in its entirety,” says Earle. “It was a way of détourning the speculation around cryptocurrency into a conversation about the justice system.” Bail Bloc has raised over $10,000 for the Immigrant Bail Fund and Bronx Freedom Fund. 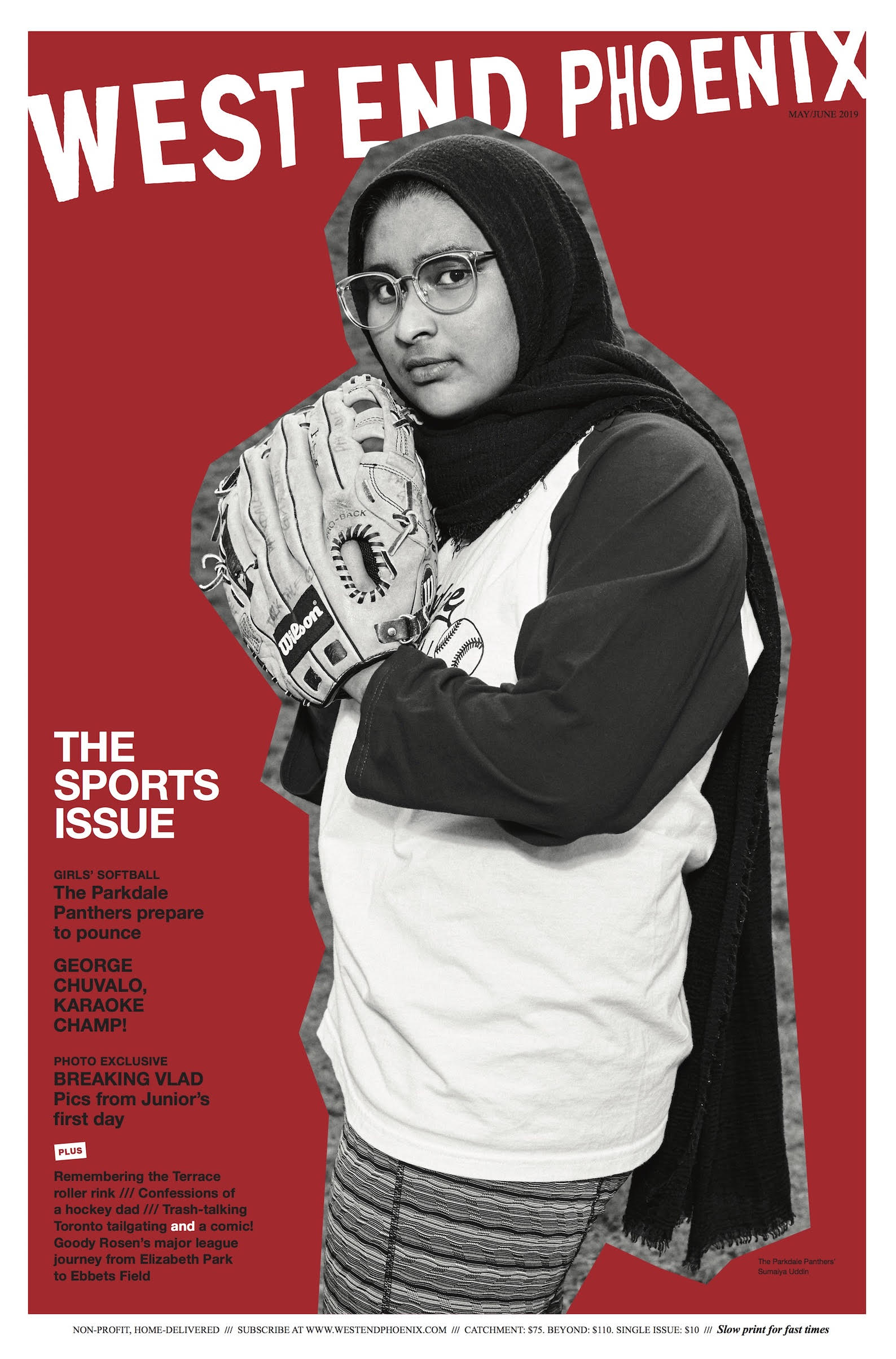 A recent issue of the 'West End Phoenix'

But concern is growing about the overall role of crypto in charitable giving. Experts warn that cryptocurrencies bring with them levels of surveillance and outsized donor control. Pete Howson, a senior lecturer at Northumbria University, said donors can use cryptocurrency like Ethereum to “program” their bitcoins so they can only be spent in certain places. “It reduces recipients’ freedoms to live the life that they want to live,” says Howson. “It’s great for donors but shit for NGOs.”

This could give rise to a new form of “crypto colonialism,” the framework for which is characterized by belief that “the West knows what’s best and is inherently good, and the East or Africa are always backward,” said Howson, referring to moves to set up crypto-communities in Puerto Rico following the destruction of Hurricane Maria. Howson said these endeavours typically tout the advantages of evading taxes via cryptocurrency as a means of getting more money to recipients, while the underlying issues in many cases could be solved via tax systems that target the ultra-wealthy.

“It’s all tradeoffs,” says Howson. “There are some potential good things that can come front it, and there are some really shitty things.”

Bidini’s attention is focused for now on the potential impact of West End Phoenix’s one bitcoin. “If bitcoin goes crazy and it’s worth $250,000 by the end of the summer,” he said, “having to justify that will be a good problem to have.”