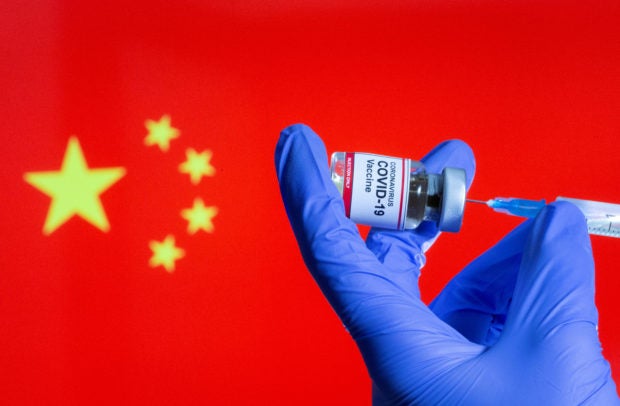 MANILA, Philippines — China has vowed to continue supporting Asean countries, especially on the COVID-19 response as they assured to provide vaccines to member-states, the Department of Foreign Affairs (DFA) reported.

DFA said on Wednesday that several issues, including the COVID-19 response, were discussed during the Special Asean-China Foreign Ministers’ meeting that marked the 30th anniversary of Asean-China Dialogue relations.

“The Meeting marked accomplishments and milestones in 30 years of relations and reflected on the direction of future cooperation, which is among the most substantial in ASEAN’s external relations,” DFA said in a statement.

“COVID-19 response and recovery were foremost on the agenda, with China pledging continued support to ASEAN Members States (AMS) in their fight against the pandemic, primarily through the provision of vaccines,” it added.

But aside from COVID-19 response, economic recovery was also discussed by the foreign representatives as lockdowns had a negative effect on the economy of some Asean countries including the Philippines.

“The Ministers called for intensified cooperation for economic recovery, encouraging the early implementation of the Regional Comprehensive Economic Partnership (RCEP) and benefiting from opportunities in the complementarity between ASEAN’s Master Plan on ASEAN Connectivity 2025 and China’s Belt and Road Initiative,” DFA noted.

Within Asean, the Philippines was one of the hardest-hit economies in 2020 after the COVID-19 pandemic forced the government to place strict lockdowns that paralyzed several industries like tourism, aviation, leisure, and food and beverage.

The Philippine economy saw its worst recession since gross domestic product (GDP) numbers were posted after the Second World War, with the GDP contracting by 9.5 percent.

The COVID-19 pandemic originated from China’s Hubei province, particularly in the city of Wuhan.

READ: Explainer: The WHO’s theories about the origins of COVID-19 after Wuhan probe

During the meeting, Myanmar’s situation was also discussed, reiterating the implementation of the five-point consensus that member-states made in the Asean Leaders’ Meeting last April 24.

Also, the situation over the West Philippine Sea was also brought to the table, with participants affirming their previous commitment to the full implementation of the 2002 Declaration on the Conduct of Parties in the South China Sea (DOC), along with resuming the crafting of a Code of Conduct in the disputed region.

It can be recalled that the Philippines filed several diplomatic protests from March after over 200 ships — found out to be part of China’s maritime militia — were found staying near the Julian Felipe Reef.

The said reef is just 175 nautical miles west of Bataraza, Palawan — which means it is well inside the Philippines’ exclusive economic zone (EEZ).  According to the Permanent Court of Arbitration decision in 2016 that invalidated China’s nine-dash claim, the Philippines enjoys exclusive rights to the EEZ.

“Sec. Locsin appealed for full support and sincere cooperation to achieve ‘our collective aspiration for the South China Sea to be a sea of peace, security, stability and prosperity; not a moat between the members of the family of Southeast Asian nations but a wide watery highway for trade and connection’,” it added.