One of Canada’s most prominent COVID-conspiracy theorists and anti-lockdown activists is reportedly in the midst of a desperate battle with COVID-19 in an intensive care unit.

Mark Friesen—a prominent People Party of Canada candidate—is fighting pneumonia he got as a result of COVID-19 and is currently intubated, according to several followers. He’s reportedly in a Toronto intensive care unit and was one of the first patients airlifted from Saskatchewan to Ontario because of overpopulated ICU beds in the prairie province.

“As many of you know, Mark got COVID and is actually intubated at this time,” Laura-Lynn Tyler Thompson, a former PPC candidate, said on her Facebook Live show this weekend. “There are prayers going up for Mark and we've seen remarkable things happen. We know this is a very serious situation, and so we won't sugarcoat that at all.”

Sean Taylor, another former PPC candidate and anti-COVID figure reportedly joined the Facebook Live show from Friesen’s hospital room in Toronto while wearing a frock and full face mask. Taylor, who said he was unvaccinated, never showed Freisen’s unconscious body but you could hear the telltale noises of medical equipment working in the background.

“He's sick…and he's in a fight, but I'm hopeful and he's got a lot of people in his corner,” he said. 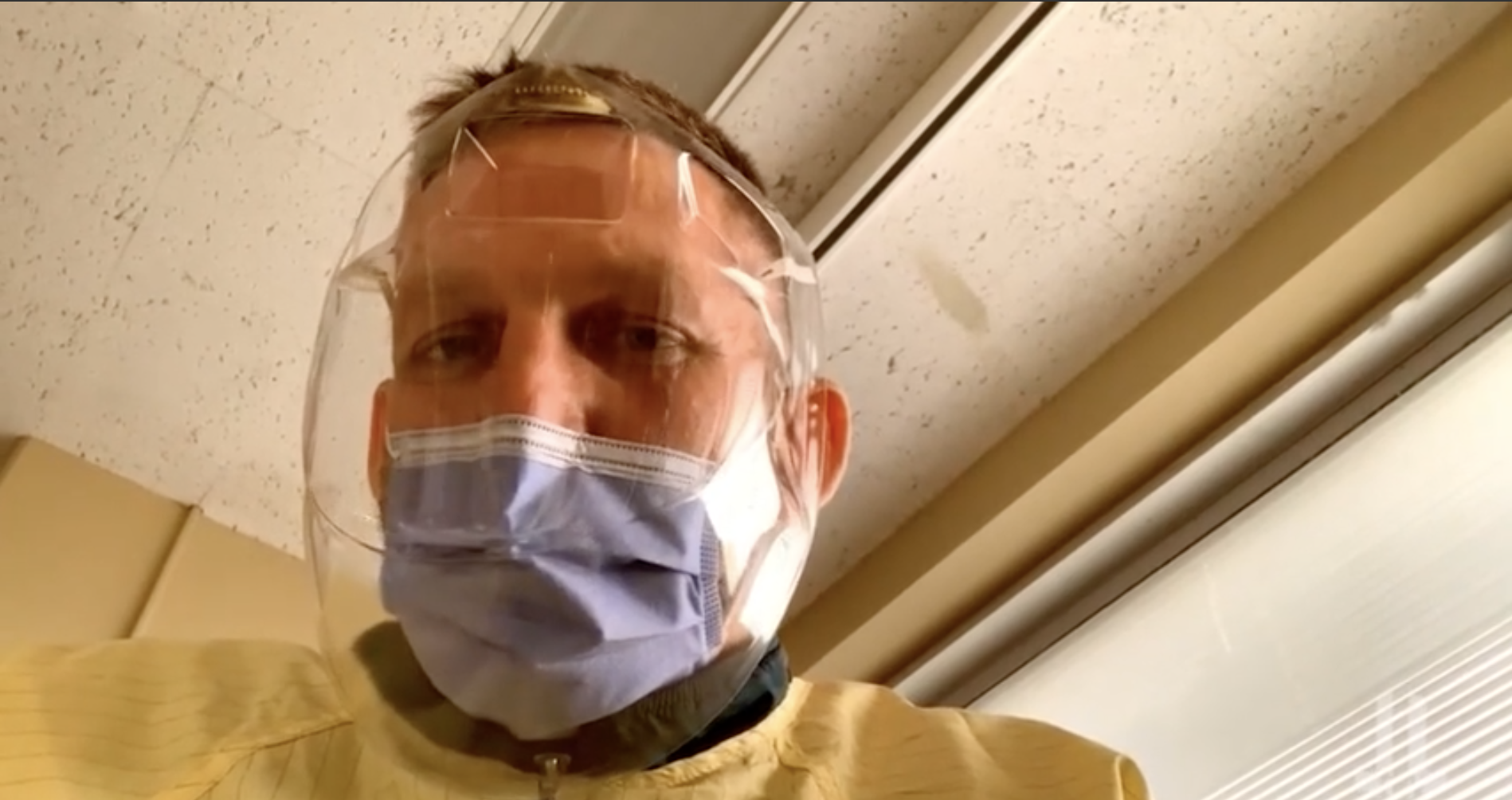 Taylor speaking allegedly from the hospital room Friesen is intubated in. Photo via Rumble screenshot.

At one point the host and guest had to calm commenters watching the video live that a sudden beep that started didn’t mean anything dire was occurring. At the end of the interview, Thompson and the man led their followers in prayer for Friesen. In another live stream posted to one of Friesen’s streaming channels, supporters have said that Friesen has been in hospital since September 30 and described the situation as “serious.” A few weeks ago a doctor was reprimanded for releasing information that a man named Mark Friesen was in hospital suffering from COVID-19.

Friesen was one of the PPC’s more prominent candidates running in the last election because of his anti-lockdown activism. In fact, the PPC’s official election night party—which featured leader Maxime Bernier—was held near his riding in Saskatoon, Saskatchewan, where Friesen received 4.6 percent of the vote. The PPC election event is being investigated by Saskatoon Policeas a large group of people, including Friesen, openly broke Saskatchewan's COVID-19 regulations by not wearing a mask indoors.

"All of these people are responsible individuals who are responsible for their actions," Bernier said of maskless supporters at the event. "I believe that imposing masks inside is unconstitutional and illegal."

Friesen was reportedly taken to the hospital less than two weeks after the PPC party. Three days following the event, a maskless Friesen gave a speech at a large indoor event in Saskatoon about suing the provincial government over COVID-19 regulations.

Friesen, who goes by The Grizzly Patriot online and often live streams from his truck, routinely downplayed the harm done by COVID-19 and spread conspiracies about vaccines. In a video about pandemic regulations impacting Christmas, Friesen insisted to his followers that the rules were elites “using this plandemic to… destroy the foundations of Western civilization.”

Friesen's influence in the COVID-19 conspiracy movement, both nationally and in Saskatchewan, looms large. The man organized a plethora of anti-lockdown events, planned cross country anti-lockdown convoys, and helped drive some of the failed anti-lockdown lawsuits. Before the pandemic, Friesen helped organize the Yellow Vest movement in Canada. Friesen spent the night before the election hanging out on a white nationalist live stream. Just prior to the election Friesen tweeted that if elected his “first order of business will be to call for a public inquiry into Covid. All aspects of the ‘pandemic’ will be investigated.” 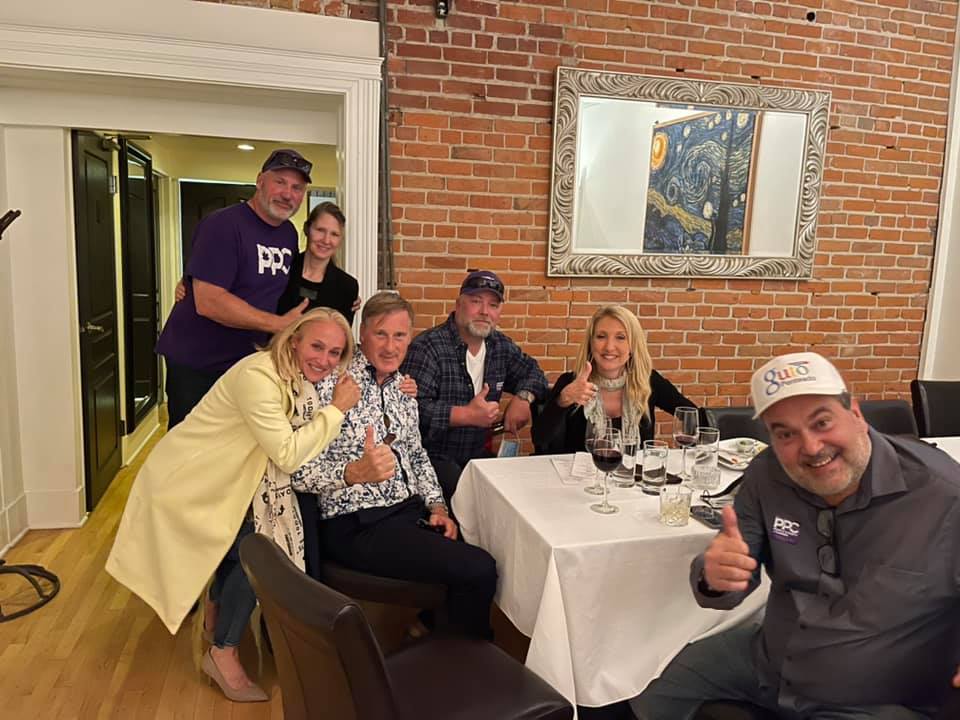 Friesen, Bernier and other PPC officials at an event the night before the election. Photo via Facebook.

Friesen’s battle with COVID has been discussed for several weeks within the conspiracy community influencer. Many of his followers have been primed to not believe COVID-19 exists and if it does, it’s not dangerous. As a result, they’ve been fighting back on social media saying his pneumonia is unconnected to COVID-19, or that while his battle with COVID is real, it would have been worse if he had gotten vaccinated.

Friesen is far from the only COVID-conspiracy figure who has stricken by the illness they spin misinformation about. In the U.K. conspiracy theorists removed a man from a hospital and in the United States followers harassed a hospital that was treating a QAnon influencer.

In a video posted on September 23, an irate Friesen addresses Saskatchewan Premier Scott Moe about the province’s vaccination mandates and discusses untrue conspiracy theories that the vaccine is killing large numbers of young people.

It wasn’t very long after he put this video up that the unvaccinated man was reportedly taken to hospital while suffering from the effects of COVID-19.

He hasn’t posted a video since.