Immigrant filmmakers were at the helm of some of the most talked about films at this year’s festival.

It was a celebration alright! After last year’s subdued hybrid festival, the 47th Toronto International Film Festival (TIFF) was back in to an in-person format with a stretch of King Street West in downtown Toronto transforming into a street party.

While cinema lovers lined up for tickets and film industry representatives mingled in the cafés outside the TIFF Bell Lightbox, and adoring fans lined up for hours for a glimpse of their favourite stars, audiences enjoyed live performances by stars like Colombian-Canadian singer Lido Pimienta among others. 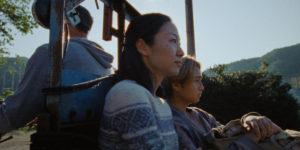 Canadian filmmakers with an immigrant background presented emotional human dramas and sharp narratives focused on themes of community and identity.

Vancouver-based, South Korea-born filmmaker, Anthony Shim wanted to honour previous generations of immigrants who dealt with the challenges of living as hyphenated individuals all their lives. His film, Riceboy Sleeps is about an immigrant mother struggling to raise her son as a single parent in the ‘90s in Vancouver.

“I was often the only Asian child in school. I was looked at and treated like an alien, this foreign being that intrigued and even frightened people at times due to my ‘foreign-ness’. And yet, I so desperately wanted to be accepted by this predominantly white community that I quickly adapted; I behaved, spoke, and even tried to think like everyone around me,” said Shim in a statement. 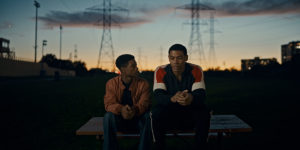 A still from Clement Virgo’s Brother

Like Shim, Jamaican-Canadian Clement Virgo’s film Brother, one of the most anticipated films at the festival, pays homage to the sacrifices of first-generation immigrant parents. The film tells the story of two Jamaican-Canadian brothers being raised by their mother, grappling with life in a low-income neighborhood in Scarborough.

“I never really appreciated or understood my mom or my parents until I had a child…I want to honour all our immigrant mothers and parents (through this film),” said Virgo in an interview with Toronto Star.

French-born Canadian Antoine Bourges in his film, Concrete Valley, shines the spotlight on one of Toronto’s immigrant hubs, Thorncliffe Park, to present a close look at the lives of its residents, especially professionals who have to re-skill themselves while starting their lives from scratch. “Their experiences often gave me a strange combination of hope for the opportunities their sacrifices offer their children and sadness for their own potential, often not being fulfilled,” said Bourges. 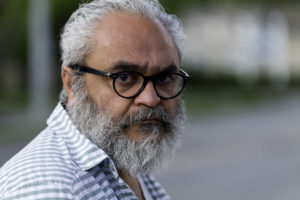 There was much praise for the documentary 752 is not a number, where the director, Iranian-born Babak Payami chronicles the determined quest for justice by Toronto dentist, Hamed Esmaeilion whose wife and nine-year-old daughter were killed when the Ukrainian Flight PS752 was shot down by the Iranian military shortly after its takeoff from Tehran on January 8, 2020. All 176 people on board died that day.

The documentary follows Hamed as he goes through multiple hoops to get the remains of his daughter and wife back to Canada and to uncover the reasons behind the horrific incident. Payami promised Hamed that he would help him in his fight for justice. At times, the director is shown in the footage, tearing up, listening to Hamed’s encounters with government officials, international institutions, intelligence operatives and people who patronized or demonized him.

“I broke the cardinal rule of not getting involved in the subject matter. And even in the film, gradually, I’d become party to the fight for justice with the families, especially with Hamed. My hope was to convey to the audience the situation that I faced, because the world is so full of bad news, so full of tragedies that one easily loses perspective of the gravity, the personal grief, and the intensity of the sense of loss for the families,” says Payami. 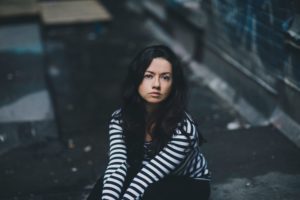 Colombian-born Lina Rodriguez’s So Much Tenderness garnered the attention of critics and movie goers with its compelling story of Aurora, an environmental lawyer who has to flee her native Colombia after her husband is murdered. Gradually she begins to get back on track with her personal and professional life till she comes across a person from her past and has to relive her trauma.

Rodriguez wanted to explore the feeling of being in a constant state of suspension, of going back and forth, physically and emotionally. “When I was working on a documentary before this, a lady told me something that rang very true – that as immigrants we are always arriving. In this film, I also wanted to examine the possibilities that might come from moving to a new country. Colombia has a long history of violence, and it has had a long-lasting impact on generations; I wanted to explore the themes of reconciliation perhaps with this film,” says Rodriguez who originally came to Canada as an international student.

Rodriguez hopes that there is more dialogue between creative people of colour so that they can help each other to tell more diverse stories.

“We are in a special moment now where there is a bit more openness to think about what it means to be Canadian, to sound and look like one. It also helps communities if they rally together. We had a lot of people from immigrant backgrounds and experiences in the team which is why we got people who really wanted to be part of such a film. So instead of finding a space for yourself and holding on to that, you could show and bring other people to those spaces and share what you’ve learned,” she says.