MANILA, Philippines — Student leaders of the Polytechnic University of the Philippines (PUP) in Manila have objected to the conduct of random drug tests on campus, saying it would bring “Oplan Tokhang” — the government’s notorious antidrug campaign — inside the school grounds. “[It will create] a culture of impunity and violence, which we abhor […] 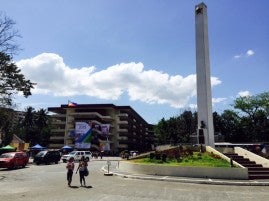 MANILA, Philippines – The decision of the Polytechnic University of the Philippines (PUP) to submit some of its students to random and mandatory drug testing has earned praises from government offices, but drew flak from activist organizations. In a statement on Friday, the Philippine Drug Enforcement Agency (PDEA) gave a thumbs up on PUP’s move, […]

The government wants to initiate talks with state universities to avert the recruitment strategies of the NPA.

Madridejos’ thoughts resonated with lots of people who experience being judged based on physical appearance.

The post PUP physics prof’s views on stereotypes hold up a mirror to those who discriminate appeared first on Inquirer News.

Officials of two state universities on Monday expressed alarm over the Philippine National Police’s claim that their students were visiting New People’s Army (NPA) camps as part of immersion activities, then being intimidated by rebels into joining the insurgency.