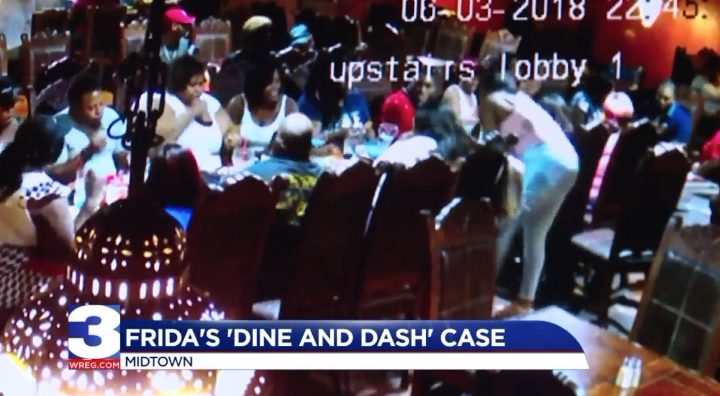 In what may be the most stoner crime of all time, a group of tokers in Memphis, Tennessee, managed to combine pretty much every stereotypical pothead motif—the munchies, 420, and shirking basic responsibilities—when they allegedly decided to order a shit ton of food at a restaurant, blaze up inside, and walk out on a $420 bill.

According to local CBS affiliate WREG, the party of 16 walked into Mexican restaurant Frida’s a half-hour before it closed on Sunday night. As folks with the munchies tend to do, they proceeded to order an inordinate amount of food, picking some of the most expensive dishes on the menu and getting rounds of the priciest margaritas in what Frida’s manager, Jesse Gonzalez, suspects was an evil, weed-fueled plot to con the restaurant out of hundreds of dollars worth of grub.

At one point, Gonzalez said, “the leader of the group” allegedly lit up right there in the restaurant. When the staff told him to stop smoking—a reasonable request, given that recreational weed isn’t legal in Tennessee and, you know, that’s insane—he reportedly “made a scene,” and the rest of his buddies piled on.

“They started getting louder and louder, getting upset, yelling offenses to the server,” Gonzalez told WREG.

One by one, the massive party got up from the table and began sauntering outside. Stoners are supposed to be peaceable people, but apparently one of the diners pushed a waiter on their way out the door. Eventually, all 16 folks at the table disappeared—leaving behind a bill for, you guessed it, $420.

You have to wonder if they arrived at that number by chance, or if the tab was calculated. Maybe the grifters kept on ordering margaritas and burritos or whatever until they hit $420, then dipped before the bill went any higher—leaving behind a kind of weed-inspired calling card to rival the dine-and-dash dater’s. Then again, the whole thing could’ve just been a coincidence, yet another strange happenstance to add to the long list of 420 lore.