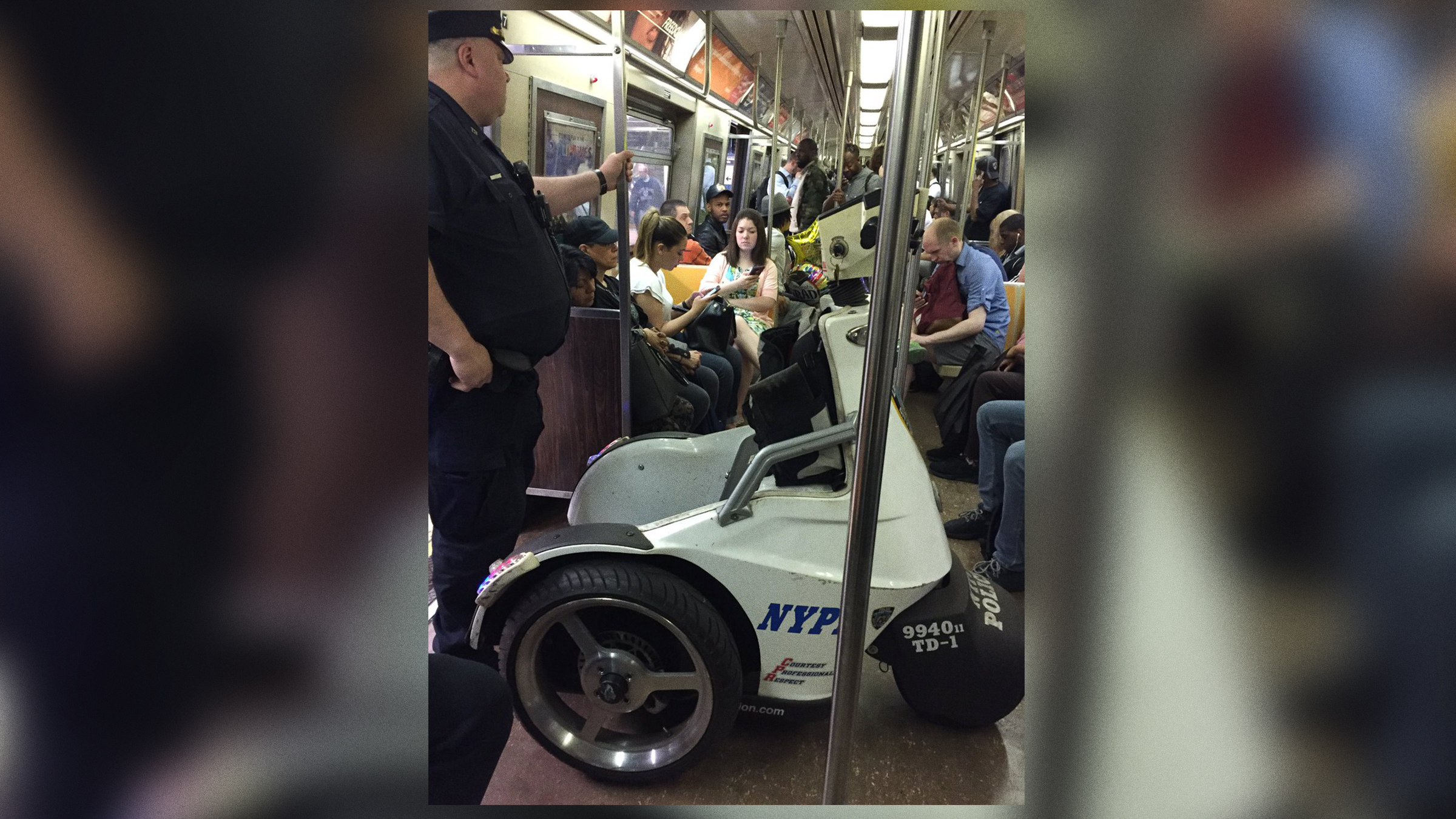 Every summer, the New York City subway devolves into a complete and utter hellscape, a place where boiling hot trains stall for 45 minutes, loose crabs take over entire compartments, delays run rampant, cars derail, and straphangers are subjected to all kinds of unspeakable horrors. As it’s now June, it was only a matter of time before the first nightmare of the season darkened the MTA’s closing doors—and, voila, here it is, a cop who somehow thought this would be a good idea:

According to Gothamist, the NYPD officer boarded the A train with his obnoxiously large scooter at the height of rush hour Thursday morning, taking up what looks to be about three straphangers’ worth of space with the thing. The commuters onboard appeared to be, understandably, not very into that shit.

Joe Cutrufo, who took the photo, told Gothamist the cop boarded the train with the souped-up Segway, “stood there for a minute,” then just left, a process he described, fittingly, as “weird.” Sure, things could’ve been worse—at least the cop didn’t actually try to take his robotronic tricycle along for a ride—but more worrisome than what actually went down Thursday is what it signals. This is a bad omen, the beginning of a hell the ferocity of which we cannot possibly hope to predict. Brace yourselves, straphangers. The subway is just gearing up to remind us why it’s almost constantly in a literal state of emergency.