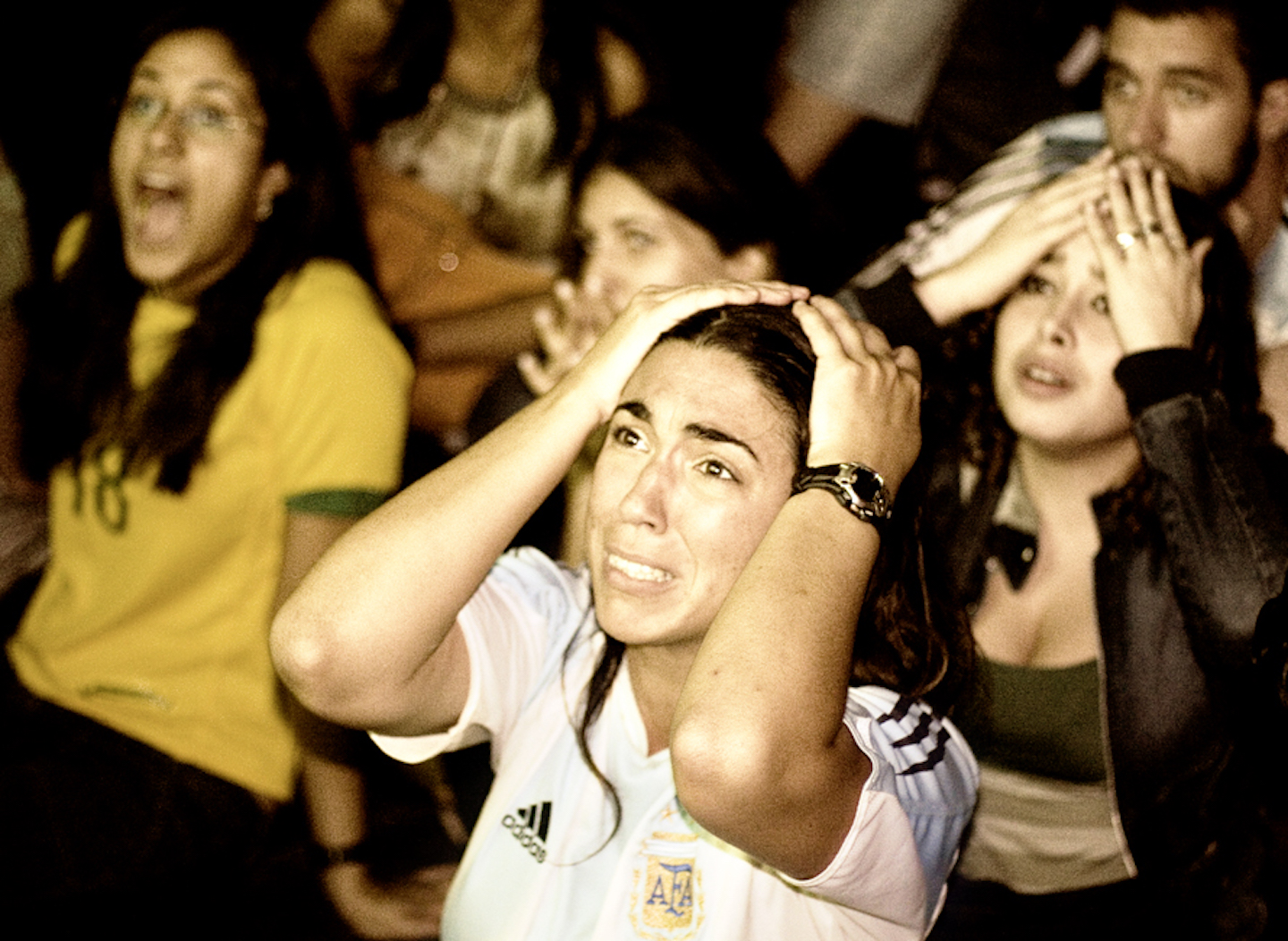 In the time it took to drink two pints, the action was over. Two pints, you will agree, do not take a long time to consume. Two pints are enough for some after-work small talk; a catch-up between friends that never really gets past the basics; a social interlude, a brief encounter, a crossroads at which the night is still as likely to end with Netflix and some toast as it is with six more pints and a Sam’s Chicken on the last bus home.

Nonetheless, in the time it took to finish off two pints, Germany had put five goals past Brazil on the way to one of the most memorable results in World Cup history. It ended 7-1, David Luiz gave an absolute train wreck of a performance and the cameras panned to the now-legendary, elderly moustachioed Brazilian man as he clutched a replica trophy with his kindly face soaked in tears. I don’t remember much about it, because in the time it took to have a drink and a chat, the game was already over as a contest. Where, to others, it was a merciless humbling of the most celebrated nation in soccer at their own party, to me it was a sudden glimpse of a scoreline – fucking hell – followed by a return to a delicious beer.

With the World Cup now five days old, chances are you’ve already missed at least one iconic moment you can never get back, for reasons ranging from the sublime to the ridiculous, and you feel stupid. In an attempt to soothe our collective guilt, here are all the reasons that other fans have missed big sporting moments, as told to us anonymously by fellow idiots.

“My brother missed a whole Tottenham game while in a corporate box because he was locked in a toilet after realising he was horribly allergic to scallops.”

“I was 13 during the Liverpool-AC Milan miracle and went to bed at half-time depressed and tired. I asked my dad the score in the morning, and he nonchalantly replied that Liverpool had won. Gutted.”

“My cousin is a Wimbledon fan and he missed David Beckham’s halfway-line goal in ‘96 because he was reading the match-day programme. He was sat about ten rows behind the goal as it went in.”

“I missed Gareth Bale’s overhead kick against Liverpool in this year’s Champions League final because I was standing in front of the TV, facing away, doing an impression of how much of a twat Bale looked.”

WATCH: Who Are the Football Lads Alliance?

“I missed the 2005 Champions League final because I went to see terrible indie band The Bravery instead.”

“I missed Italy’s winner against Germany in the 2006 World Cup semi-final because I was being wrestled.”

“Missed Arsenal beating Barcelona 2-1 in 2011. My German exchange student came to stay. I wanted to leave him in a pub around the Emirates. My mum said I couldn’t.”

“I didn’t see Frank Lampard’s goal-that-wasn’t against Germany in 2010. I’d agreed to go on a picnic with my girlfriend and missed the first half, because I’d just turned 17 and was simply excited I had a girlfriend. I should add – and kill the buzz – my then-girlfriend.”

“I went to the toilet during that Brazil-Germany match at the 2014 World Cup and missed about 12 goals.”

“I missed Mario Mandzukic’s goal against Real Madrid in last year’s Champions League final because I was waiting for my pizza to arrive.”

“I missed Michael Owen’s goal against Argentina at France ‘98 because I was playing soccer in the park. My mate wanted to go home and watch the game. I didn’t, and made us play on, before finally relenting. We got home just after Owen had scored.”

“I missed the 2006 World Cup final to go to a very minor league baseball game. Like, not even the level below Major League Baseball, but the equivalent of four levels below. Nothing happened in the game, and the only thing I remember about the day was seeing Zinedine Zidane’s head-butt on one of the TVs in the concourse.”

“I missed Super Saturday at London 2012 because I got drunk and passed out on Primrose Hill.”

“I fell asleep during a World Cup game in 2006 because we’d been out all night and then gone back on the cans. It was a Mexico game and it wasn’t a great match anyway. Then we did the same thing on the night before the final. I was in a room of seven people and only my brother and I were awake to see France lose on penalties.”

The sesh, from now until forever

“I was convinced for a good 20 minutes that Raheem Sterling had scored against Italy in England’s first match of the 2014 World Cup after getting smashed on a pub crawl. So I guess I missed that iconic moment, because it didn’t actually happen.”