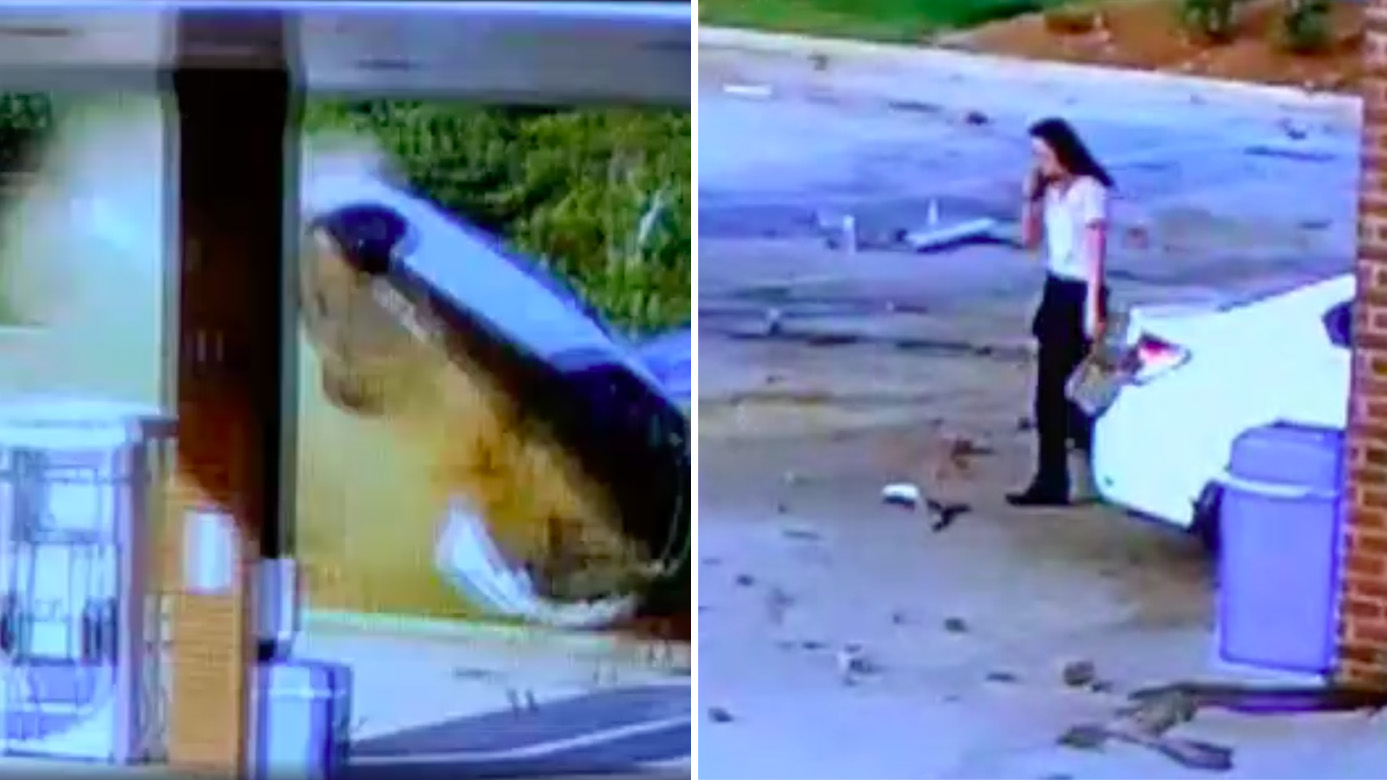 Sometimes life takes a terrible turn when you least expect it. One minute, you’re just minding your own business, trying to take a photo of your new bumper sticker or whatever, and the next you’re in a life or death battle with a rabid bobcat. Or you’re on your way to eat some lunch and suddenly realize you’re sitting in a car filled with thousands of angry bees. These things happen.

But while the rest of us might completely lose our shit when confronted with such an awful turn of events, there are a few true chillers out there in the world who somehow manage to just shrug the whole thing off and keep on trucking. On Friday, Mississippi’s WTOL released a harrowing clip of one such person—a woman who managed to flip her car, send it careening into a nearby gas station, and then just crawl from the mangled husk of metal, strolling away like it was no big deal.

It was, in reality, a very big deal. Just watch:

In the video, taken from the Brandon, Mississippi, gas station’s surveillance camera, the car appears to come speeding down the nearby highway, then slides off the road Tokyo Drift-style and into a grassy area. It then goes completely airborne, spinning 180 degrees like Roger Moore’s car in that mediocre Bond movie.

The car finally lands upright and slides to a halt between two gas pumps, miraculously managing not to hurt any bystanders, or ignite the whole place in a gasoline-fueled fireball. After a second, the female driver just climbs out and wanders off with a man who rushes to see if she’s OK, never even looking back at the trail of destruction in her wake.

Who is this woman? Why is she so calm? Was she in a deep state of shock or just really, truly that chill? Whatever the answer, one thing is for sure—she is extraordinarily lucky.