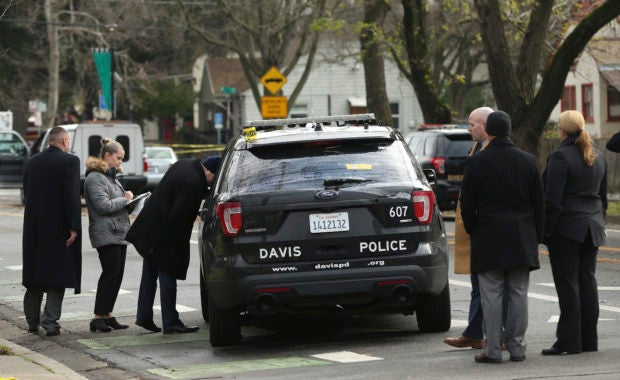 DAVIS, California — Authorities say it’s a mystery why a gunman on a bicycle ambushed a Northern California policewoman and narrowly missed wounding others in an apparently random shooting that ended in suicide.

The small college town of Davis is mourning 22-year-old Officer Natalie Corona, who was shot as she investigated a traffic accident Thursday night.

Police Chief Darren Pytel says the man wasn’t involved in the three-car crash and opened fire from the shadows, hitting Corona in the neck and then firing more shots as she lay on the ground.

Pytel and witnesses say he then shot at a firetruck, a passing bus and a house. He later shot himself inside a nearby home.

Police say Corona was a beloved officer and the small department is devastated.

A candlelight vigil for the slain officer is planned for Saturday night. /jpv