On a cold morning last Friday, 20 students from south London made their way to Westminster Bridge. They walked stoically in single file. Each carried in their arms a human dummy – some dressed in school uniforms, others in pyjamas. Every dummy had a noose looped around its neck, with the remaining length of rope coiled around the students’ arms.

As the students approached the space above the second arch, they stopped and looped their respective piece of rope through a hole in the bridge wall. One by one, the dummies were lowered down – each representing a child who took their own life in London in 2017. All 20 of the students involved have either attempted or considered suicide before the age of 18.

“It felt really overwhelming,” 17-year-old Jaz told me of the action. She was one of the students on the bridge and is co-chair of Crazy Talk, a group of young people with lived experience of mental health issues. “I was looking at the rope and thinking how close I was to taking my own life.”

The demonstration underpins a growing crisis in London, and more widely across the country. In the last five years in London alone, the youth suicide rate has increased by 105 percent. In 2017, 165 young people took their own lives in the UK – including the 20 represented on Westminster Bridge. 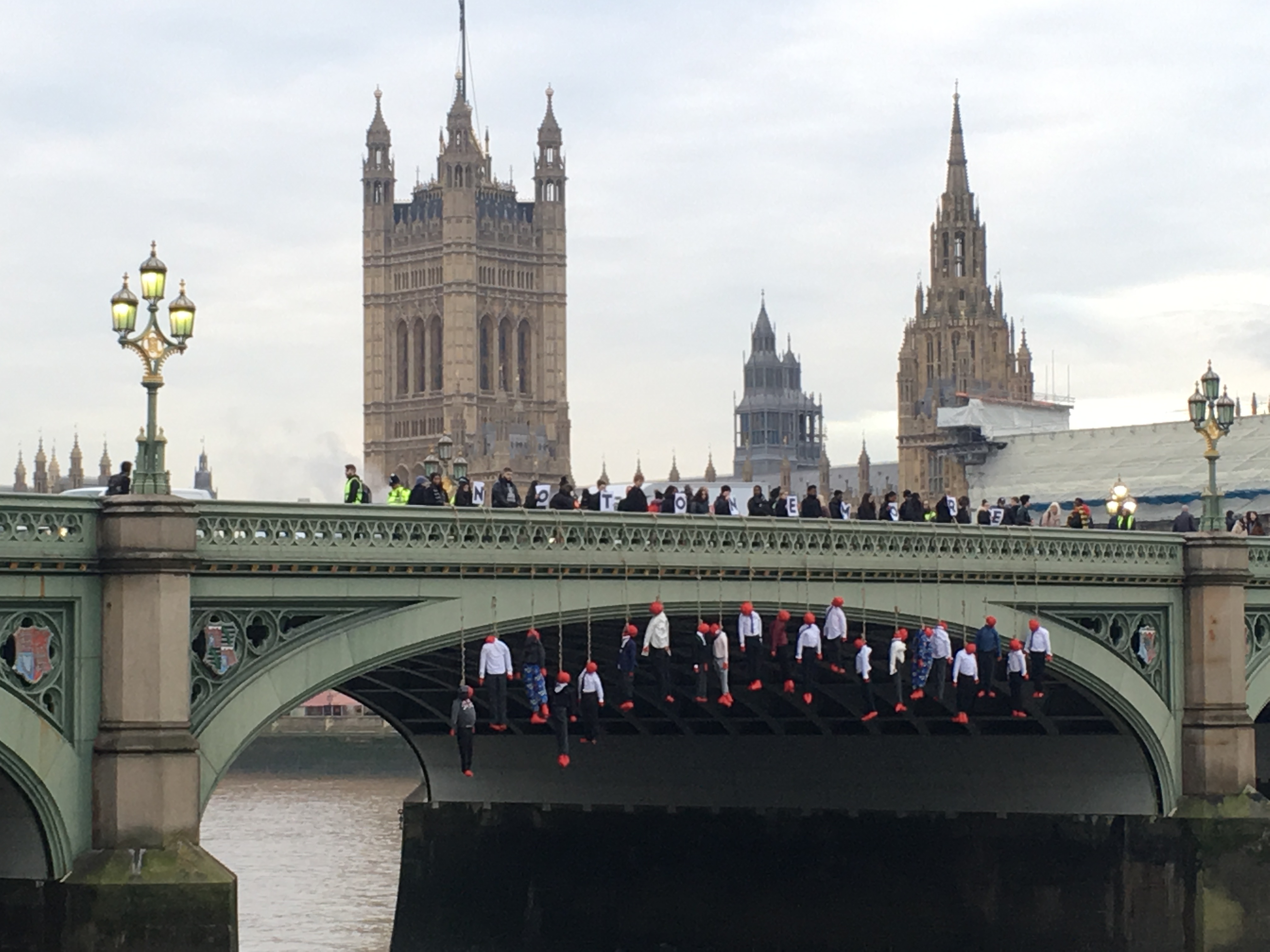 As I’d stood watching the dummies dangle in the wind, my breath had caught in my throat. My eyes filled with tears. On my wrist is a tattoo – a tally with four parallel lines drawn down the length of my wrist, diagonally crossed by another. There is a sixth line missing. Each mark represents one year since one of my biggest suicide attempts.

I’d watched each dummy being carried, attached and lowered with the ache of recognition. Every conversation I’d had with another one of the students pulled up memories that sounded and looked like their stories. Every word dripped with an exhausted desperation and frustration that sounded like it had come from my mouth.

The stories of these 20 students are not anomalies. They are experiences told and lived across the UK every single day. Each body, dangling above the murky brown waters of the Thames, marks a life ended. A potential destroyed. They are a sad indictment of a broken system. One that is overwhelmed by those in need of help, but left barren by cuts made by this government. They are the consequence of decisions made and of promises broken. As the government moves to implement its green paper, Friday’s action serves as a reminder to those in power what happens if they fail.

Just before they pulled their dummies back over the wall, the students held A3 pages aloft, spelling out three words: Not One More.