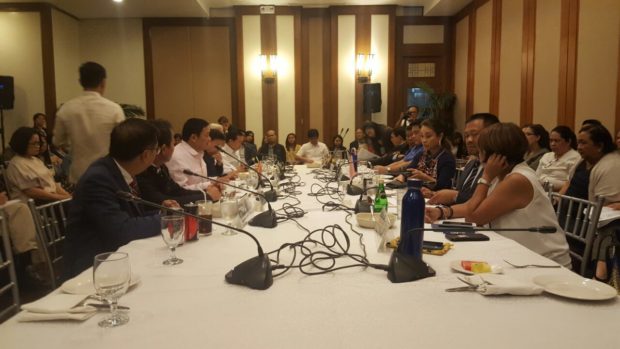 MANILA, Philippines — Senators and members of the House of Representatives have set the ground rules for an “orderly, transparent, and speedy” bicameral conference on the proposed P3.757-trillion national budget for 2019, House appropriations committee chair Rep. Rolando Andaya Jr. said Tuesday.

The Camarines Sur 1st District congressman said the Senate and House contingents met at the Manila Polo Club in Makati City on Tuesday afternoon for around 40 minutes to begin the bicameral conference phase.

“This refutes the repeated lies peddled that the House wants a re-enacted budget when all our actions prove that we want a new one,” Andaya added in a statement.

The former House Majority Leader also vowed to “find a common ground that will benefit the people” and to “push for full transparency” in the bicameral conference deliberations.

The meeting came less than 24 hours after the Senate passed its version of the national budget on Monday.

Legarda earlier said they removed some road right of way allocations under the Department of Public Works and Highways, as well as projects that were not part of the department’s original submission to the Department of Budget and Management. /ee