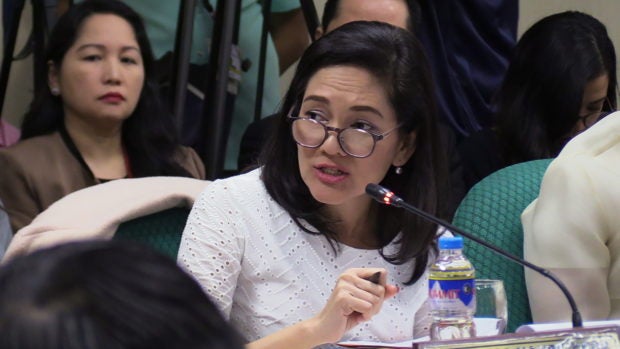 MANILA, Philippines — The country will be “sliding downwards” and going against scientific data if it lowers the minimum age of criminal responsibility (MACR), opposition Senator Risa Hontiveros said Tuesday.

This, she said, was confirmed by government data and testimonies by government officials during the Senate hearing on bills seeking to lower the MACR.

Hontiveros noted the global trend to increase MACR worldwide, especially in countries where the mandated minimum age was low such as Australia, India and Indonesia.

“So, given that the global movement is upwards and not downwards, bakit tayo paatras [Why are we going backwards]? Why do we want to slide back to the minimum, or even below the minimum? Is this a race to the bottom?” Hontiveros said.

She added that the Philippines is a signatory to the UN Convention on the Rights of the Child, whose monitoring body recommends higher minimum ages of criminal responsibility.

Officials from the Juvenile Justice and Welfare Council (JJWC) said that differences in mental development between adults and growing children demand different classifications in criminal responsibility and liability as well.

JJWC Executive Director Tricia Oco said that in some jurisdictions in the United States, minority is considered a “temporary disability” given that children are more susceptible to peer pressure, are more impulsive, and cannot be expected to use their discretion like adults.

“The entire premise of having a separate set of laws for adult offenders and children in conflict with the law (CICL) is because children cannot be judged the same way as adults,” Hontiveros said.

National Police Commission (Napolcom) Vice Chairman Rogelio Casurao also revealed that only two percent of Filipinos in conflict with the law are children.

The senator said that instead of subjecting children to criminal proceedings and imprisonment, it would be better to effectively implement and fund programs under the Juvenile Justice and Welfare Act (JJWA) to address cases of CICL.

“The solution is to implement and fund the JJWA well,” Hontiveros said.