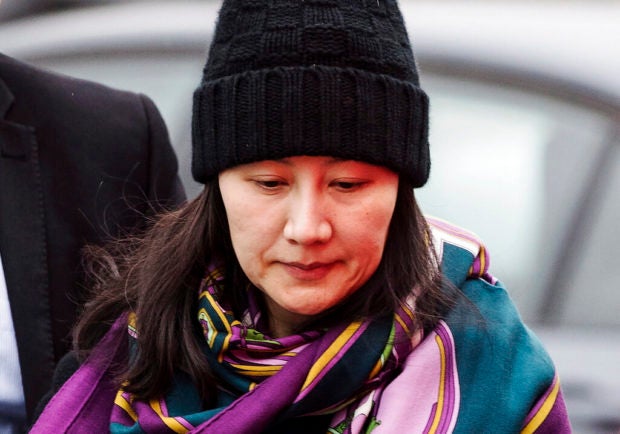 BEIJING — China on Tuesday demanded the US drop a request that Canada extradite a top executive of the tech giant Huawei, shifting blame to Washington in a case that has severely damaged Beijing’s relations with Ottawa.

Foreign Ministry spokeswoman Hua Chunying said Meng Wanzhou’s case was out of the ordinary and Canada’s extradition treaty with the US infringed on the “safety and legitimate rights and interests of Chinese citizens.”

Hua said China demands that the US withdraw the arrest warrant against Meng and “not make a formal extradition request to the Canadian side.”

They also follow a report by the Canadian newspaper Globe and Mail that the US plans to formally request Meng’s extradition to face charges that she committed fraud by misleading banks about Huawei’s business dealings in Iran.

China detained former Canadian diplomat Michael Kovrig and Canadian entrepreneur Michael Spavor on Dec. 10 in an apparent attempt to pressure Canada to release Meng, who was arrested Dec. 1 at the request of US authorities.

Meng is Huawei’s chief financial officer and the daughter of its founder, Ren Zhengfei. Huawei has close ties to China’s military and is considered one of the country’s most successful international enterprises, operating in the high-tech sphere where China hopes to establish dominance.

The letter signed by academics and former diplomats said the arrests of the two will lead to “less dialogue and greater distrust, and undermine efforts to manage disagreements and identify common ground. Both China and the rest of the world will be worse off as a result.”

More than 20 diplomats from seven countries and more than 100 scholars and academics from 19 countries signed.

Meng is living under house arrest in her Vancouver mansion while her case is under deliberation. Kovrig and Spavor are being held in Chinese jails and have yet to be granted access to lawyers, according to those who have contact with them. /ee