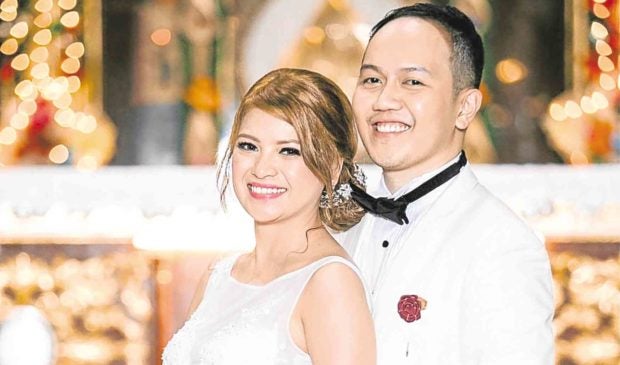 SAN PEDRO CITY — Even in death, couple Leomer and Erika Joyce Lagradilla will stay together.

The newlyweds, who died during their honeymoon trip to the Maldives, will be buried next to each other in Leomer’s hometown of Lumban, Laguna province, according to Leomer’s father, Leo.

“We want them to be together. Even in that short span of time [that they were married], they were one,” he told the Inquirer on Tuesday.

The couple’s remains arrived in Laguna on Saturday after the Philippine government shouldered the repatriation costs.

They were spending their honeymoon on Dhiffushi Island when they reportedly drowned while snorkeling in a resort on Jan. 13.

Leo said autopsy results showed that Leomer, 29, suffered from cardiac arrest, while Erika, 30, drowned as she was trying to save her husband.

“We still want to know what really happened, but maybe after all these. That’s really not our priority right now,” he said.

The funeral is set on Jan. 26 at Lumban Memorial Park.

“All I can say is that they were a wonderful couple,” Leo said.

He said the two worked out their relationship even while Leomer worked in Singapore and Erika in Riyadh, Saudi Arabia. They were nurses.

Leo said the couple spent a year and a half planning for their wedding, with Leomer, the eldest in a brood of four, the second in his family to wed after a younger brother married the previous year.

The two originally planned to visit Japan for their honeymoon, with their plane tickets paid for by Leomer’s parents as a wedding present.

“We even had the chance to celebrate after the wedding in Bay (Laguna) and spend Christmas together,” Leo said.

He said Leomer applied for his visa to enter Japan while he was in Singapore, but Erika failed to secure hers.

The couple left the Philippines for Singapore on Dec. 28 as Leomer had to report back to work the following day and Erika to Riyadh, supposedly on Jan. 21.

“That’s why we were a bit surprised [to learn that] Leomer [bought new] tickets [to the Maldives],” Leo said.

During that weekend, Leo said they were expecting pictures of the Maldives trip but lost touch with the couple.

“We were trying to reach them but my youngest said, ‘Just let them be,’ [in other words] ‘Do not disturb,’” he said.

Later, Erika’s family called and informed them about the accident.

Relatives and friends expressed sympathies as they admired the couple’s “sacrifice” to keep their “long distance relationship.”

“We are still trying our best to accept [their fate],” Leo said.

But if it were any consolation, he said, Leomer and Erika had lived by their vow.