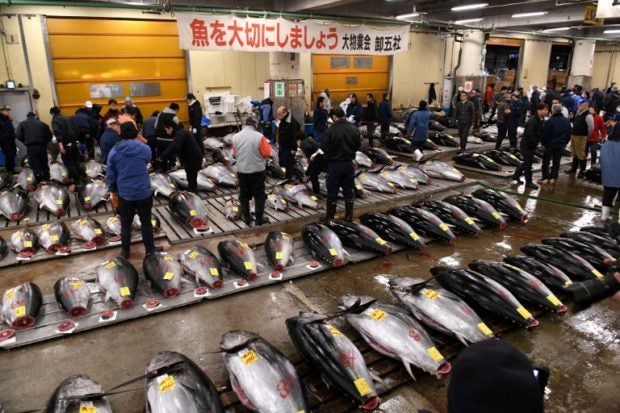 TOKYO — After 80 years of selling fish and seafood of all types, the site of Tokyo’s world-famous Tsukiji market will become an international conference center under plans proposed Wednesday by the city authorities.

Tokyo Metropolitan Government wants to divide up the 23-hectare site near the swanky Ginza neighborhood into space for international conferences and exhibitions, as well as hotels and restaurants.

The site will first serve as a transportation hub during the Tokyo 2020 Olympics.

The plans are expected to be finalized in March after gathering views from local residents.

Tsukiji — the world’s biggest fish market and a popular tourist attraction in an area packed with restaurants and shops — moved in October to Toyosu, a former gas plant a bit further east.

Tokyo Governor Yuriko Koike had suggested the site could be transformed into a kind of culinary theme park, commemorating the market’s colorful history.

But she backed off from the idea after business operators at Toyosu expressed strong opposition, according to local media.

Opened in 1935, Tsukiji was best known for its pre-dawn daily auctions of tuna, caught from all corners of the world, for use by everyone from Michelin-star sushi chefs to ordinary grocery stores.

The ritual of tuna auctions continues at the new Toyosu market. Early this month, a Japanese sushi entrepreneur paid a record $3.1 million for an enormous 278-kilo (612-pound) tuna at the New Year’s auction. /je