Skip to content
News Vice
January 23, 2019 admin Edmonton, london rental opportunity of the week, lrotw, the victorian boy thing was actually a cry for help i really am visited by a small pale ghost and i want it to stop

What is it? Best way I can describe it is “an exceptionally hard-working front room”;
Where is it? Edmonton Green or thereabouts, one of those Zone 4 satellite points that float angelic around the city, staring in at the chaos in its heart, and going: “Thank goodness we don’t have all that noise, and all that dirt. Thank goodness we have a big Argos and are within 15 minutes of a golf course”;
What is there to do locally? The best thing to do with a weekend in Edmonton is go to the gigantic IKEA – an IKEA the size of the moon, an IKEA with a gravity all of its own – as it’s the closest serving IKEA to east and north-east London, so you can go and sit in the café with a 24-serving of meatballs and watch all of Stoke Newington’s precious little couples have their first big move-in squabble because he wants to buy an ugly lamp and she wants to buy a number of assorted unbranded mason jars. In two years flat they’ll have a kid, and in eight years’ time they’ll realise they hate each other and divorce, and you can watch that, now, here, from IKEA, watch all those ghostly little timelines spindle out from their stomachs into the hard and onrushing future, and you can watch them doom their lives to each other over a £30 quilt that one of them wants to put over the sofa. Then you buy a big bag of Daims and fuck off home;
Alright, how much are they asking? £800 p.c.m.

Maybe you have a room in your house that you just sit in to watch TV. Maybe you have a separate room for pissing and shitting and getting clean in. A room for cooking food in. A room to do sleeps. The generation before us had words for these rooms: “bedroom”, “bathroom”, “hallway”. Perhaps you have heard whispers of the “living room”. Here is a word-pair that will be considered absurd within the next two decades: “dining room”. A room! That you just sit in to eat! Can you imagine such a thing! This flat – in this flat you must do almost all of those things, in one room.

Here’s the thing: the population of this city has not drastically changed over the past hundred years. In 1901 it was 6.5 million; in 1939 it peaked up to 8.6 million. As per 2011 census figures, the London population was actually down on that wartime peak: 8.136 million, at the last count. The number of bodies remains the same. The litres of blood and the number of fist-sized hearts pumping it has remaining broadly stable for a century. Legs and arms and eyes. Skeletons and flesh. Always the same. But the houses… the housing spaces are mutating around us. They are getting smaller while we remain the same. They try to cram a kitchen and a living room and a bedroom into one brown space so they can charge grown-up prices for child-sized portions.

What I am saying is: your grandma never had to live here, did she? 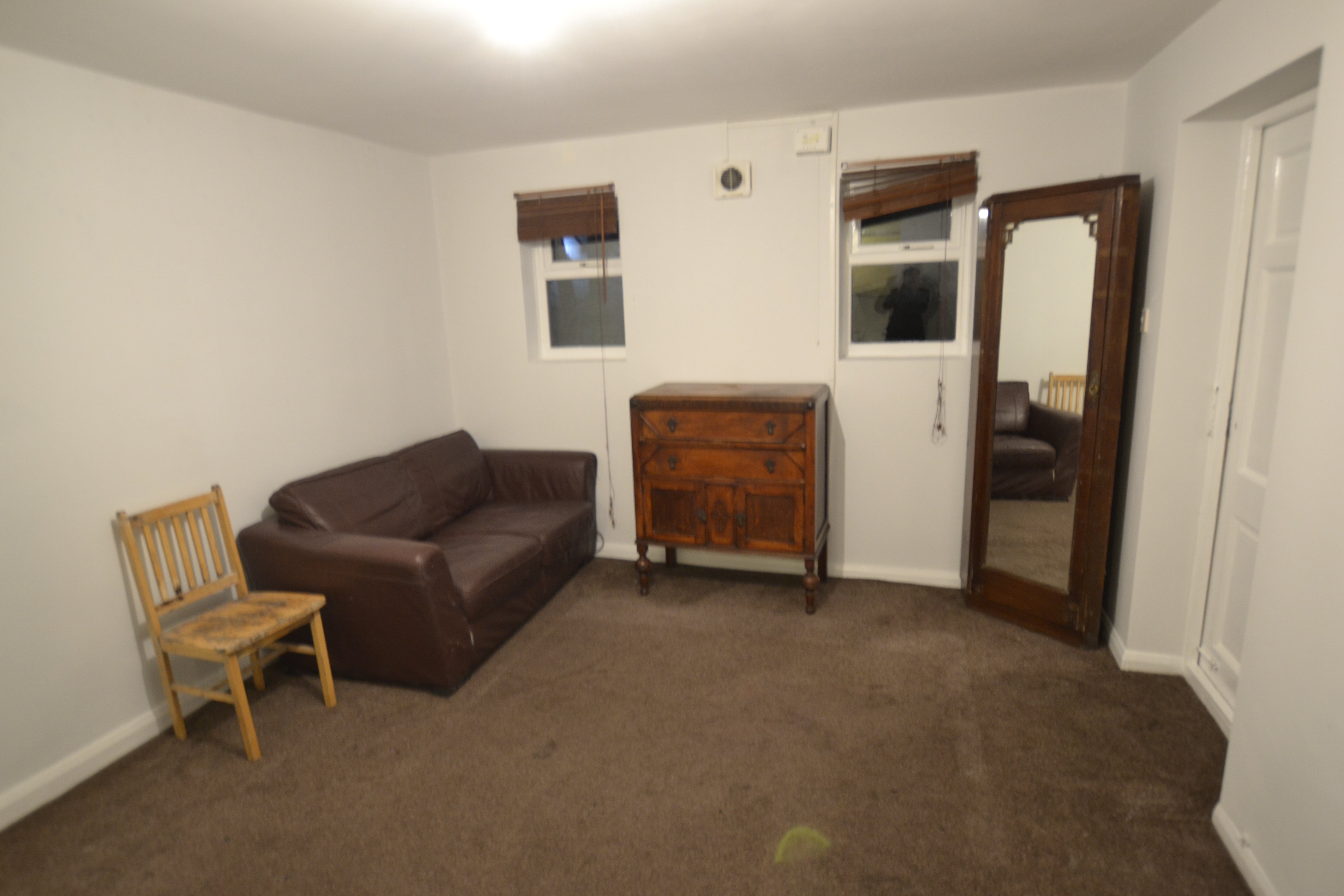 You sleep in here, in your living room that is also your kitchen. You sleep in here and, because it’s part-furnished, you have to bring your own bed. You have to go to the IKEA in Edmonton and buy a bed to put in your living room because the person you are paying £800 a month to live here has not provided you with a bed. It is bizarre that, after a hundred years of this sort of population level, this city is still not fully equipped to have people live in it.

We should discuss the vibe of the room, which is giving me a very dreadful sort of panic attack: all of the furniture in here is haunted by the spirit of a white-eyed Victorian boy, a little Peaky Blinders cap stretched over the cold blue skin of his head, the boy appearing to you at inopportune moments – you have set a fire alarm off in your three-piece kitchen area by somehow over-microwaving a cauliflower cheese meal, and now your bed and bedroom are going to smell of cauliflower cheese all night, if not because of the cauliflower cheese steam then definitely because of the fact that you are going to eat the cauliflower cheese in bed, because that’s the only viable place for you to sit – and keeps flickering the screen of your laptop while you try to watch Netflix.

“Aveeeeeenge meeeee,” the spirit of the Victorian boy is saying, and you scream up at the flickering lights: fuck off, kid! I’ve worked a 60-hour week this week! I’m still on a temp contract! Give me a fucking break! Avenge your own miserable death! After a while, even the pale boy gets bored of trying to make your life worse.

To the bathroom: the bathroom has a special sink that someone has made to go in small bathrooms, which is sort of a comment on capitalism itself, isn’t it, that such a sink mould even exists. I wonder if landlords have access to special building yards that allow for these things: custom narrow-fit doors, slender little sinks, corner-mounted toilets. “We recognise you’re trying to fit out a room too small for human habitation, for human habitation,” the building industry says, “and we support that.” I have used bigger sinks in aeroplane bathrooms, and not even good aeroplanes. When RyanAir offers better sink facilities than your house it’s probably time to rethink.

The flat is listed as “newly refurbished” – which, given the brown carpet is criss-crossed with some very organic-looking stains and the blind is already sagging on one of the windows, really makes me wonder what condition it was in before. Think about it like this: £800 per month is a lot to pay to live in Edmonton. It’s even more to pay for a shithole with a kitchen–bedroom and a sink made for children. Come back to me, haunted Victorian boy. Choke me out in my sleep. I don’t want to live in this place anymore. It’s time for London’s notoriously stable population figure to drop by exactly one.