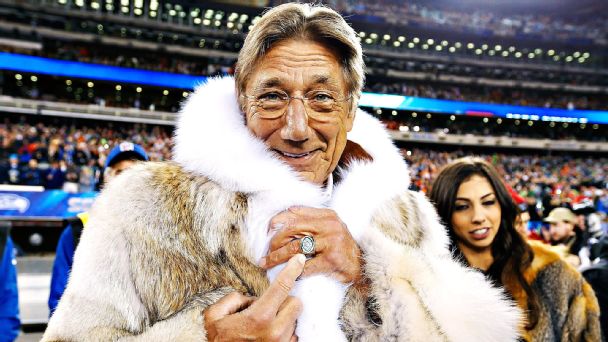 Adam Schefter breaks down Saints owner Gayle Benson’s comments about the controversial missed pass interference call in the loss to the Rams. (0:58)

MOBILE, Ala. — After a few “sleepless nights,” New Orleans Saints general manager Mickey Loomis was back to work preparing for the 2019 season at the Senior Bowl on Wednesday.

“That’s why I’m here. I had to get over here for my mental state,” Loomis said when asked how he is processing the Saints’ devastating NFC Championship Game loss to the Los Angeles Rams, which will forever be remembered for the officials’ missed pass interference call in the final minutes of regulation.

Loomis said he has not heard from the NFL again since the league’s head of officials, Alberto Riveron, admitted the officials blew the call via telephone from New York in the immediate aftermath of Sunday’s game.

But Loomis said the league’s lack of a public statement “is what it is.” And he mostly deferred to the recent statement of Saints owner Gayle Benson, in which she vowed to “aggressively pursue changes in NFL policies to ensure no team and fan base is ever put in a similar position again.”

“I thought it was a great statement. And I think it does a great job of capsulizing how we feel about that,” Loomis said. “I believe the league’s already said [the possibility of being able to review pass interference calls] is something the competition committee will discuss. Hopefully there’s a solution that we can all live with so that doesn’t happen again.”

“Look, our fans are hurting,” Loomis said. “Our coaches and staff put so much time and effort. And we achieved so many great goals — win the division, secure the No. 1 seed, win the divisional round in a tough game. We did enough to put ourselves in a position to win this game. And then to kind of have that happen and have the rug pulled out from under you, so to speak, that’s difficult to take. It’s difficult for our fans to take.

“So I understand the hurt. This goes under the category of, ‘Life’s not fair.'”

But in both cases, Loomis said the Saints will “get stronger from it.”

“I love our team, I love the character and the guys that we have and how close they are and their resiliency and their grit as a whole,” Loomis said. “I love our staff and the grit of our organization. That’s what’s comforting. We’ll get through this.

“We just gotta come back and get in that situation again next year.”

Loomis also said “I hurt for” Saints coach Sean Payton, who has not spoken publicly since his postgame news conference.

“He’s a fantastic coach; he has been for a long time. He puts his heart and soul into this team,” Loomis said. “He worked probably harder than I’ve ever seen him work this season, and I know how much it meant to him. It means that much to all of us.”

The Saints’ roster is in good shape heading into the 2019 offseason, with almost all of their starters still under contract — though it hurts that they won’t have any draft picks in Rounds 1, 3 or 4.

They currently have about $10-12 million in projected salary-cap space, with their biggest financial decisions looming on backup quarterback Teddy Bridgewater, running back Mark Ingram and defensive end Alex Okafor — all of whom will be free agents.

They’ll also have to decide whether they want to consider a long-term extension for superstar receiver Michael Thomas as he heads into the final year of his contract.

The Saints’ most glaring need is for additional pass-catchers at tight end or wide receiver.

“I think there’s always holes … you’re never satisfied. And we shouldn’t be,” Loomis said. “We’re not perfect in every position by any stretch of the imagination. And I think our coaches do a great job of putting guys in position to do what they do well and putting them in positions to have success. But you can always get better.”